A Call for the Celebration of Boxing Day 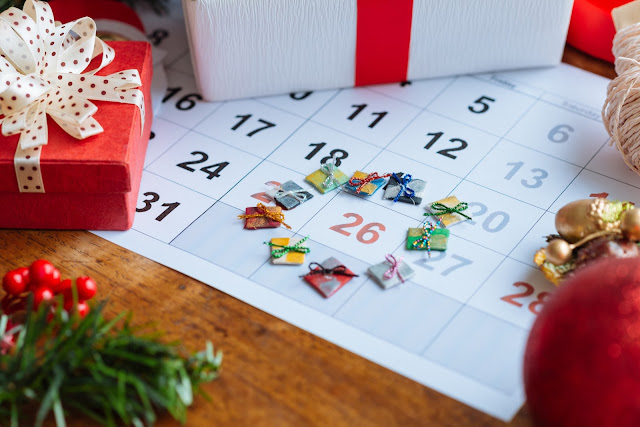 Here is a controversial statement: Boxing Day is far more deserving of public holiday status than is Christmas Day. Who would dare say such a thing? I would.

Before researching the subject of Boxing Day, I had planned to argue for its removal from the list of designated public holidays in Ontario. I intended to propose that the public holiday be moved from December 26 to a Friday in June for essentially three reasons:

All of those points remain valid. The month of June really could use a long weekend and three holidays in one week sure does seem like a lot. All of which leads me to conclude that perhaps Christmas Day should no longer be a statutory public holiday. (For more of my thoughts on this subject see my earlier post Opinion: Seeking Retail Honesty.) I’ll probably write more about that subject later, but I am serious when I say that I would honestly propose to remove Christmas Day from the list of statutory public holidays – especially if it was in favour of a June long weekend.

I know what you are likely now thinking, ‘you are proposing to remove Christmas Day from the list of public holidays, but Boxing Day, the day on which we now lineup in the wee morning hours to buy electronics, should remain a designated public holiday?!’

Trust me, once you understand the historical significance of Boxing Day, you will agree that the day is far more deserving of public holiday status than is Christmas Day.

The Historical Significance of Boxing Day

The historical significance of Boxing Day is fascinating; especially if you have an interest in labour relations.

Now, technically, the designated Ontario “public holiday” is “December 26” not “Boxing Day”, and that may be even more significant once you understand the significance of what the December 26 holiday intends to achieve. (For what it is worth, under the Canada Labour Code, “Boxing Day” is designated as a “general holiday.”)

The etymology of the term “Boxing Day” is fascinating and speaks to why the day clearly should have been a public holiday. According to Wikipedia:

There are competing theories for the origins of the term, none of which is definitive. The Oxford English Dictionary gives the earliest attestations from Britain in the 1830s, defining it as "the first week-day after Christmas-day, observed as a holiday on which post-men, errand-boys, and servants of various kinds expect to receive a Christmas-box".

The term "Christmas-box" dates back to the 17th century, and among other things meant:

A present or gratuity given at Christmas: in Great Britain, usually confined to gratuities given to those who are supposed to have a vague claim upon the donor for services rendered to him as one of the general public by whom they are employed and paid, or as a customer of their legal employer; the undefined theory being that as they have done offices for this person, for which he has not directly paid them, some direct acknowledgement is becoming at Christmas.

In Britain, it was a custom for tradespeople to collect "Christmas boxes" of money or presents on the first weekday after Christmas as thanks for good service throughout the year. This is mentioned in Samuel Pepys' diary entry for 19 December 1663. This custom is linked to an older British tradition: since they would have to wait on their masters on Christmas Day, the servants of the wealthy were allowed the next day to visit their families. The employers would give each servant a box to take home containing gifts, bonuses and sometimes leftover food.

In South Africa (a former British colony) as recently as the 1980s, milkmen and garbage collectors, who normally had little if any interaction with those they served, were accustomed to knock on their doors asking for a "Christmas box", being a small cash donation, in the week or so before and after Christmas.

The European tradition, which has long included giving money and other gifts to those who were needy and in service positions, has been dated to the Middle Ages, but the exact origin is unknown. It is believed to be in reference to the Alms Box placed in areas of worship to collect donations to the poor. Also, it may come from a custom in the late Roman/early Christian era, wherein metal boxes placed outside churches were used to collect special offerings tied to the Feast of Saint Stephen, which in the Western Church falls on the same day as Boxing Day.

I will confess that I was in the camp of people who was ignorant as to the significance of Boxing Day. Now that I know more about Boxing Day, I am fascinated by it. As I understand matters, essentially, Boxing Day was the servants’ day off and the day on which they would receive their rewards from those for whom they provided services, even if that person was not technically their employer. If you think about it, this tradition continues in many professional offices today. On the day before the start of our Christmas holidays, I provided ‘my’ assistant with a gift, although I am technically not her legal employer. I guess that gift was more properly a Boxing Day present.

Out of Sight, Out of Mind

Clearly few people celebrate Boxing Day the way it once was. Although I have heard tale of people leaving out gifts for those who collect the garbage and recycling, I have never actually seen such a thing. Certainly no city worker has ever knocked on my door to ask and I am not completely sure what I would actually do if they did. 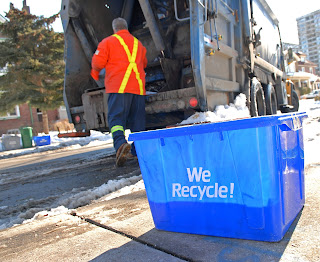 As I write this post I find myself asking, “Would I tip the ‘garbage man’ if he asked?” My initial honest answer was, “probably not.” But as I thought about it, I think the reason that I would not be inclined to tip him or her or more likely them is that I have never seen them. I certainly have never met them.

Think about it for a moment, there are some people that we do ‘tip’ at Christmas time. Back when I was younger I used to deliver newspapers for which I had to “collect.” Christmas was a good time for tips. I no longer deliver papers and I do not subscribe to a home-delivered newspaper, such that I do not know whether this practice remains, but my suspicion is that it does not. The reason, I suspect, is that no one “collects” for newspapers any more, it’s all prepaid online. Teachers, on the other hand, I understand, are a frequent recipient of gifts at Christmas. As are crossing guards and others with whom our children tend to interact. Why the distinction as to who gets a gift and who does not? While I do not know, my sense is that it has to do with the degree of interaction we actually have with these people. If I had to physically hand my garbage to the city workers and knew their names I bet I’d be more inclined to tip them… funny that. The same is true of my assistant versus the service we use to ‘run’ documents to the court house. While both provide necessary services, and I appreciate them both, only Julie got a gift.

The removal of people from our sight makes us less inclined to compensate them. Ever tip the cook at a restaurant separate from the person who delivered the food?

A Call to Celebrate Boxing Day

Ironically, as the world seemingly becomes more interconnected the world is becoming more isolated. As I write this post I do so from my typical spot: my couch at home. I am not actually interacting with anyone. True, while I hope that this post will be read by many people, some of whom are regular readers, the reality is that I will likely never meet a large number of people who regularly read my blog, which is really weird.

In the same way, I appreciate that there is a silent infrastructure providing services to me every day. Once a week someone comes and takes away my unwanted items. Every weekday someone delivers mail to very near my house. I have electricity and clean water and heat and were something to happen not only could I call 911, but highly skilled people would be at the hospital regardless of time or day. All of that is pretty awesome.

So what should we do on Boxing Day? First of all, we should allow as many people as possible to have the day off – especially if those people had to work on Christmas Day, as so many now do. Second, if we are lucky enough to have Boxing Day off from work, we should pause to at least think about those who provide services to us. In some cases, we may wish to prepare gifts for them.

The world could use a little more kindness. The celebration of Boxing Day would likely go a long way towards such a goal.

Your thoughts on such an idea are welcomed in the comments below.