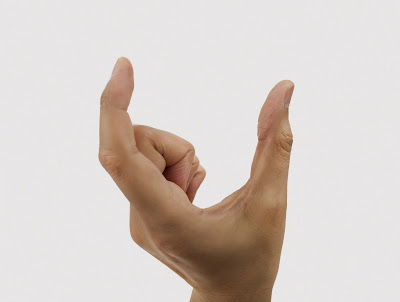 The common rebuttal to the slackerism “close enough” is the saying that “close only counts in horseshoes and hand grenades.” However, as the case of King v. 1416088 Ontario Ltd., 2014 ONSC 1445 (CanLII) aff’d 2015 ONCA 312 demonstrates, in cases where two or more employers are closely related, Ontario courts will be prepared to say “close enough” to ground a finding of joint and several liability.

While this blog has previously considered the issue of successor employer liability in the posts The Law can be an Asset Sale and Successor Co. Severance Policies, in this post the focus will be on the common-law doctrine of common employment.

The plaintiff, Jack King, worked for a series of corporations commonly referred to as “the Danbury Group” for 38 years. Over that period of time no fewer than eight corporations carried on business as “Danbury.” As found by the trial judge, the Honourable Justice Graeme Mew, Mr. King had been employer by no fewer than five of those corporations.

At issue in the case was whether the final incarnation of “Danbury”, 986866 Ontario Ltd. carrying on business as DSL Commercial (“DSL”), was liable to Mr. King for both his severance entitlements and an agreed upon pension.

As to the pension itself, it was agreed that in 1981 Mr. King had entered into an agreement with a previous incarnation of “Danbury”, Danbury Sales (1971) Ltd., pursuant to which Mr. King was to receive a monthly pension of $736.60 for life. According to Justice Mew’s reasons for decision, both sides had essentially forgotten about the pension until Mr. King’s termination from employment with 1416088 Ontario Ltd. carrying on business as Danbury Industrial in October 2011. It should be noted that Mr. King’s termination was not for “just cause”.

Justice Mew saw things differently and was ultimately upheld by the Court of Appeal for Ontario. In resolving that DSL was responsible to Mr. King on a joint and several basis together with all the other iterations of “Danbury”, Justice Mew noted the following with respect to the facts of the case:

[30] Jonathan Ordon [the owner of DSL, and son of the owner of Danbury Industrial] acknowledged that DSL uses the same offices, desks, chairs and telephone system that Danbury Industrial used. DSL did, however, have its own computers set up. While he professed not to know that Mr. King had set up the credit card terminals for DSL, Mr. Ordon acknowledged that he had delegated this task to Barry Lockyer at a time when both Mr. Lockyer and Mr. King were still working for Danbury Industrial. Jonathan Ordon explained that he did this in anticipation of the auction he was going to be running in December. This explanation tends to undermine the assertion that a clean break existed between the termination of Danbury Industrial’s business and the commencement of business by DSL.

[49] According to the defendants, the cause of Mr. King’s termination was Danbury Industrial going out of business. This is not a case, they say, in which DSL is a “phoenix” company. Indeed, Jonathan Ordon’s rights to the use of the Danbury name were acquired in 2010 when he purchased the remaining tranche of his father’s shares in 866 Ltd. That transaction was unconnected in any way with the subsequent demise of Danbury Industrial.

[50] The defendants’ position is untenable. DSL has too many attributes in common with other companies who have traded under the Danbury name to escape from liability to the plaintiff.

[51] DSL is the current incarnation of the business that the plaintiff worked for over a period of 38 years. Far from there being clear water between the termination of the business by Danbury Industrial and the recommencement of business by DSL, the groundwork for DSL’s start-up was already being laid, with assistance from the plaintiff, in October 2011 while the plaintiff continued to be formally employed by Danbury Industrial. Indeed, from May 2010 to October 2011, David Ordon’s company (Danbury Industrial) had been using the Danbury name and goodwill even though Jonathan Ordon’s company (866 Inc.) was the sole holder of the licence to use the name. This further supports the interconnectedness of the entities.

With respect to the law and why DSL should be found liable to Mr. King for a pension agreement signed when Mr. Jonathan Ordon was likely only a child, Justice Mew held as follows:

The courts now recognize that, for the purposes of determining the contractual and fiduciary obligations which are owed by employers and employees, an individual can have more than one employer. The courts now regard the employment relationship as more than a matter of form and technical corporate structure. Consequently, the present law states that an individual may be employed by a number of different companies at the same time.

[40] In Downtown Eatery, the plaintiff had been employed by a single-site nightclub in downtown Toronto. However, as described by the Court of Appeal, at para. 27,

[B]eneath the surface of lights, liquor and entertainment, there was a fairly sophisticated group of companies involved in the operation of the nightclub.

One company was the owner and lessor of the premises. Another company leased those premises from the first company. That company also owned the trademark and held the liquor and adult entertainment licences. Yet another company owned the chattels and equipment of the nightclub, and a further company paid the nightclub employees, including the plaintiff. All of these companies were owned and controlled by the personal holding companies of the two individual owners of the business.

[42] The Court of Appeal proceeded to find that although an employer is entitled to establish complex corporate structures and relationships, courts should be vigilant to ensure that such arrangements do not work an injustice in the realm of employment law: Downtown Eatery, at para. 36. The evidence in Downtown Eatery supported a conclusion that the group of companies involved functioned as a single, integrated unit in relation to the operation of the nightclub: Downtown Eatery, at para. 40.

In the King case, Justice Mew had no hesitation in finding that all of companies should be held liable. Such a finding, His Honour noted, was in line with what has been described as the “holistic view of the employment relationship.” In the result, DSL became liable, together with the other defunct companies, for the payment of $148,562.57 in wrongful dismissal damages, plus the lifelong pension.

The King case should be juxtaposed against the decision of the Honourable Justice Ray, also of the Ontario Superior Court of Justice, in Drake v. Blach, 2012 ONSC 1855, which was canvassed in the post The Law can be an Asset Sale.

In Drake, Justice Ray found that a successor employer was not liable for the previous employer’s responsibilities on the following basis:

For what it is worth, at the time I strongly questioned the correctness of Justice Ray’s decision and wondered what authorities were argued by plaintiff’s counsel in that case.

As between the two approaches, and on the facts of the King case, I find myself more inclined to accept the approach of Justice Mew. Mr. King had worked for, or at least had performed some work for, DSL. There was a transfer of a specific bundle of goods and goodwill from Danbury Industrial to DSL prior to Danbury Industrial’s collapse. DSL absorbed the name, phone number, and goodwill associated with what Mr. King had helped to maintain at Danbury Industrial. Why then should DSL not also absorb the liability to that employee?

The takeaway for employees is that it is important to note that just because your employer operates behind a complex web of interrelated corporations does not mean that only one of those corporations can be your true employer. It can be irrelevant what legal name is on your Record of Employment (ROE) or your T4 documents; the courts will be prepared to find other companies, who perhaps have deeper pockets, liable in appropriate cases.

The takeaway for employers is that one cannot simply hide behind a change in corporate identity in the hopes of escaping liability to one’s employees. Moreover, extreme prudence should be observed when purchasing a business, or even its assets, and then also taking on that business’s employees. The courts can, and will, impose liability on such employers when the appropriate precautions are not taken.