Workplace Assault Not Just Cause for Termination 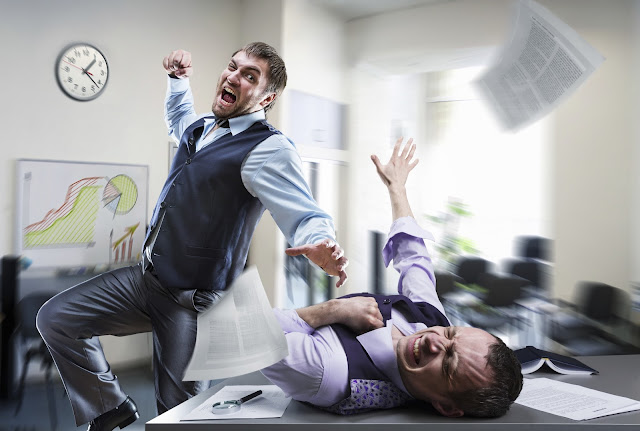 Is assaulting a co-worker just cause for termination of employment?

In the 2012 case of Shakur v. Mitchell Plastics, 2012 ONSC 1008 Justice David Broad of the Ontario Superior Court of Justice found that an employer did not have "just cause" to terminate an employee who slapped a co-worker.

In his reasons for decision Justice Broad reasoned as follows:

[14] The Supreme Court of Canada in the case of McKinley v BC Tel, 2001 SCC 38 has directed that a contextual approach is to be utilized in determining whether an employee’s misconduct justifies dismissal without notice. At para. 33 the Court stated “an employee’s misconduct does not inherently justify dismissal without notice unless it is ‘so grievous’ that it intimates the employee’s abandonment of the intention to remain part of the employment relationship.”

[15] Measured by this standard, it is difficult to see how Mr. Shakur’s action, however improper, justified an outright dismissal. There was no evidence that Mr. Shakur had caused any previous disruption or trouble in the workplace, or was anything other than a conscientious worker. Although there was evidence that there was talk between Messrs. Shakur and Kelley following the event which indicated a risk of escalation, I find that it emanated mainly from Mr. Kelley who was heard by Mr. Fletcher making challenging or threatening remarks directed to Mr. Shakur. There was no evidence that Mr. Shakur responded in kind.

[16] Mr. Young, [counsel for the defendant] in argument, emphasized two factors as bringing the incident into the category of cases justifying immediate dismissal. Firstly, he argued that there is serious societal concern with respect to the issue of workplace violence, as evidenced by recent amendments to the Occupational Health and Safety Act (ONSA) by Bill 168 in June 2010. Secondly, he points to the lack of remorse on the part of Mr. Shakur and his failure to offer an apology.

[17] Despite Mr. Young’s capable argument, I find that neither of these factors are sufficient to discharge the onus on Mitchell Plastics to establish that there was just cause for the termination, within the contextual approach mandated by McKinley.

[18] There is no question that workplace violence is a serious issue and that the recent amendments to the [Occupational Health and Safety Act] reinforce that. Even if the concepts brought about by these amendments in 2010 should be applied to the circumstances of this case, which predate them, there is no question that the prevention of workplace violence is a shared responsibility placed on employers and employees. Although the Employee Handbook contained rules prohibiting “threatening, intimidating, or coercing fellow employees” and “fighting or attempting to injure another employee”, the evidence is that Mitchell Plastics did nothing to train its employees with respect to the intent and purpose of the rules and the consequences of breaking them, beyond distributing the Handbook, and revisions to it, to its employees and leaving them to read it and interpret it for themselves. Mr. Shakur testified that he did not attend any training sessions respecting the Employee Handbook. Within a contextual approach, it is difficult to see how Mr. Shakur’s actions on August 17, 2007 could be viewed as evidencing an intention on his part to abandon or repudiate the employment relationship. Moreover, Mitchell Plastics could well have achieved its legitimate interest in sending the message to Mr. Shakur, and to the rest of the employees in the plant, that workplace violence would not be condoned, by the imposition of the type of progressive discipline measures specifically referred to in the Employee Handbook.

Justice Broad noted that this was the terminated employees first offence and the he had no previous history of violence.

Applying the contextual approach set out in McKinley Justice Broad held that Mr. Shakur had been wrongfully dismissed and was entitled to 4.5 months of reasonable notice of termination.

The case stands as an important warning for employers that simply because rules are created, does not necessarily mean that a violation of them will be viewed by the court as just cause for dismissal.

In order to demonstrate a wilful violation of the rules employers must show that the rules were in fact known by the employees.