No Changes Without Consideration 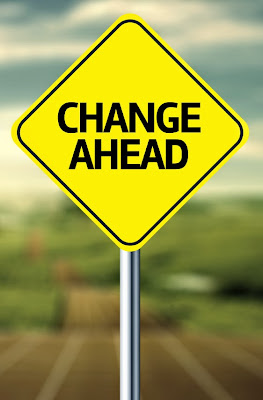 Can an employer simply change the terms of an employee's working conditions or contract whenever and however it chooses?

In a decision from the Ontario Superior Court of Justice, the Honourable Justice Mary Sanderson confirmed that Ontario courts will not enforce changes to an employee’s employment contract unless employers provide the employee with either: (a) notice of the changes; or (b) "consideration".

In Fasullo v. Investments Hardware Ltd., 2012 ONSC 2809, Justice Sanderson followed a number of earlier cases, most notably the 2004 decision of the Court of Appeal for Ontario in Hobbs v. TDI Canada Ltd., 2004 CanLII 44783.

In reaching her decision Justice Sanderson held that the terms of the plaintiff employee’s contract had been finalized in May 2007 - prior to a written agreement being put to him in June 2007 - because the fundamental terms of his employment had been agreed upon: Mr. Fasullo knew his start date, his responsibilities, and his expected salary. When a written contract, containing a provision attempting to limit the amount of notice and severance to which he may become entitled in the event of dismissal for reasons other than cause, was put to him a month later no notice of the change was provided and not even a whiff of consideration for this new restriction was provided.

[56] If [Mr.] Fasullo received no consideration for signing the June 20, 2007 Document, at law the Termination on Notice clause in it is null and void. The Plaintiff cannot be bound by a provision that was null and void ab initio and continued to be null and void to the date of his dismissal. The Contract was never amended to include a valid Termination on Notice Clause. The Defendant cannot rely on that clause in the June 20, 2007 Document to limit the Plaintiff's claim to presumptive reasonable notice and severance pay based on reasonable notice.

The case of Hobbs, relied upon by Justice Sanderson in this case, is solid, first principles law: an agreement without consideration is not a contract. Mr. Fasullo was simply told to sign a document when he was already operating under a valid contract. The new document, wanting for consideration, was no contract at all.

Some may question why Mr. Fasullo’s continued employment with his employer was not sufficient consideration for the new agreement. Was not keeping his job sufficient quid pro quo for the new terms? “No” says the Ontario court.

Ontario courts have generally observed that, “a modification of a pre-existing contract will not be enforced unless there is a further benefit to both parties.” (Francis v. Canadian Imperial Bank of Commerce (1994), 21 OR (3d) 75 (CA))

More to the point, Ontario courts have generally observed that, continued employment alone is no consideration. (See e.g. McLean v. The Raywal Limited Partnership, 2011 ONSC 7330) As the Court of Appeal for Ontario said in the 2004 case of Hobbs v. TDI Canada Ltd., 2004 CanLII 44783:

The law does not permit employers to present employees with changed terms of employment, threaten to fire them if they do not agree to them, and then rely on the continued employment relationship as the consideration for the new terms.

The takeaway for employees is that not all changes and contractual provisions supposedly made by one’s employer will be enforced by the court. Of course, much caution must be read into reading a decision like Fasullo, as the actual facts of one’s own situation will always be determinative.

If you are an individual looking for assistance with respect to the interpretation or enforceability of the terms of your employment contract, the contact the professional, experienced and cost-effective employment lawyers for employees at Ottawa's Kelly Santini LLP; we would be happy to be of service to you.

The takeaway for employers, as has been mentioned in other posts concerning constructive dismissal, is that if an employer is going to make drastic changes to a fundamental term of an employee’s employment contract, it is far better to do so properly (i.e. on the advice of professional legal counsel) than to litigate the matter afterwards.

If you are an employer and you need to make changes to the terms of your employee’s employment, or if you want to introduce written employment agreements with your staff, contact the professional, experienced and cost-effective employment lawyers for employers at Ottawa's Kelly Santini LLP; we would be happy to be of service to your business or organization.