Failing to Prevent Subordinate's Stupidity Not Just Cause for Dismissal 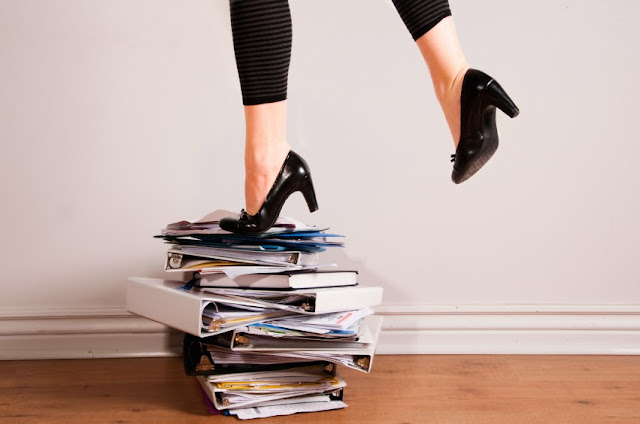 Some facts are simply too fantastic to make up. Is a manager’s failure to specifically prohibit an employee from using a forklift to raise a wheelchair-bound co-worker to a mezzanine just cause for the manager’s termination from employment?

As incredible as those facts may seem, that was the issue that the Honourable Justice Peter Lauwers of the Ontario Superior Court of Justice was asked to resolve in the case of Barton v. Rona Ontario Inc., 2012 ONSC 3809 (CanLII).

The plaintiff, Kerry Barton, was employed in various capacities by Home Depot Canada for more than 10 years. He began his employment with Rona as a zone manager of the store in Woodbridge, Ontario on September 6, 2005. In December 2005 he was promoted to the position of assistant store manager at the defendant’s new store in Barrie, Ontario.

As assistant store manager, Mr. Barton reported to the store’s manager, William Sadler. Mr. Barton was responsible for managing about 140 employees. One of the employees at the store was Kai Malmstrom, who was wheelchair bound. Mr. Malmstrom was and still is a project guide coordinator at the Rona store in Barrie whose job is to assist customers in designing and coordinating projects from start to finish.

In April of 2009, a computerized training program was scheduled for the training centre at the Barrie store. Mr. Malmstrom wanted to attend and the management team at the store wanted to accommodate him. The problem was that the training centre is on the second or mezzanine floor and was not accessible by individuals in wheelchairs.

Mr. Malmstrom and his colleague Gord Stirk thought that one way to accommodate Mr. Malmstrom would be to use an order picker truck and lift Mr. Malmstrom in his wheelchair on a skid to the second floor. This lift manoeuvre was done by Mr. Stirk in the morning on April 17, 2009. Mr. Malmstrom was brought down using the same method in the afternoon.

Mr. Barton did not personally breach the safety rules, in the sense that he did not perform the lift or the descent himself. Justice Lauwers also found that Mr. Barton did not give express permission for the lift or the descent. That said, Justice Lauwers found that it was his obligation as a manager to enforce the safety rules and to ensure that neither Mr. Stirk nor Mr. Malmstrom did anything that would violate the rules.

In the view of Clint Marsh, the operations manager and third in command of the store, the incident involved clear breaches of Rona’s safety rules. Mr. Marsh reported the incident to Linda Gierak, a human resources adviser for Rona. She operated out of the Barrie store and served other stores as well. She carried out an investigation and reported to her superiors at Rona Ontario, Adina Ingram and Miranda Corman, who did a fresh investigation.

Following the investigation Rona terminated Mr. Barton and Mr. Stirk for their roles in the incident.

The first question that the court was asked to resolve was whether or not Rona had just cause to terminate Mr. Barton’s employment without the provision of reasonable notice.

In reaching his decision, Justice Lauwers employed the “contextual” and “proportionality” approach set out in the Supreme Court of Canada’s decision in McKinley v. B.C. Tel, 2001 SCC 38, [2001] 2 S.C.R. 161. Wrote Justice Lauwers on this point:

As I see it, I am instructed by McKinley to adopt an analogous approach to assessing whether Mr. Barton’s clear misconduct justifies Rona’s termination of his employment. The contextual approach, to paraphrase paragraph 57 of the decision, requires me to examine the case on its own particular facts and circumstances, while considering the nature and seriousness of the misconduct, in order to assess whether it is reconcilable with sustaining the employment relationship. This approach mitigates the possibility that Mr. Barton will be unduly punished by the strict application of an unequivocal rule, but recognizes that misconduct going to the core of the employment relationship could warrant dismissal for just cause.

In applying the facts of the case, Justice Lauwers observed that the imposition of safety policies after Mr. Barton had been hired by Rona were a reasonable expression of the employer’s right to manage the business with the result that the policy had become a part of the contractual relationship.

On the issue of whether or not Mr. Barton had done anything warranting summary dismissal, Justice Lauwers held that:

However, at the end of the day, applying McKinley Justice Lauwers arrived that the decision that termination without notice was not warranted.

Mr. Barton was awarded 10 months’ pay in lieu of notice.

The decision in Barton serves as a reminder that often, no matter how egregious the conduct engaged in by an employee, single acts of bad behaviour will not warrant dismissal without the provision of reasonable notice. Furthermore, when contemplating dismissal employers must employ a contextual approach to the situation and look beyond the single offending incident.

Given the facts of the case, and specifically that Mr. Barton in no way expressly condoned or approved of the stupidity employed by the Rona employees, I am in agreement with Justice Lauwers’ decision.

If you are an employee and have been fired, ostensibly for just cause, it is always important to seek professional legal advice. You do not have to accept your employer’s position and it may be prudent to challenge it as Mr. Barton did.

If you are an individual looking for assistance with respect to you case, the professional, experienced and cost-effective employment lawyers for employees at Ottawa's Kelly Santini LLP would be happy to be of service to you.

If you are an employer contemplating firing an employee for just cause, it is incredibly prudent to seek legal advice before doing so. As this case demonstrates, the failure to get the analysis right can be very costly. The professional, experienced and cost-effective employment lawyers for employers at Ottawa's Kelly Santini LLP would be happy to be of service to your business or organization.