Is Having an Affair Just Cause? 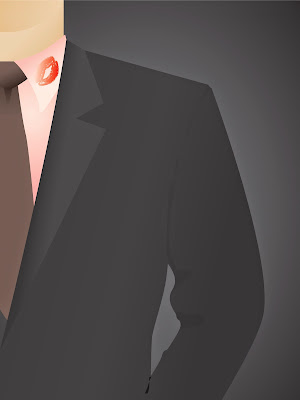 Is having an affair at work "just cause" for dismissal from employment under Ontario's labour and employment laws?

The question was put to me by a colleague at the time of the David Petraeus scandal, and my initial impression was ‘likely only if precluded by an employee code of conduct, or something similar.’ The case of Reichard v. Kuntz, 2011 ONSC 7460 (CanLII), decided in December of 2011, provides some insight into the topic.

The plaintiff employee Bryan Reichard was hired by Kuntz in 1984 and worked his way up through the ranks becoming a purchasing coordinator in 2003 and purchasing manager in 2007. The evidence at trial painted a picture of an exemplary employee with the exception of the issue which brought the case matter to court. In about 2003 Reichard, who was 41 and married at the time, began an affair with one Ms. Thompson who was 26. At the time Reichard was a manager and Ms. Thompson was a type of administrative assistant although not directly under Reichard.

In 2005, Kuntz brought in the written non-fraternization policy to the workplace. As observed by the judge: “Kuntz, like all employers, has a duty to take all reasonable steps to ensure its workplace is free from, among others things, sexual harassment particularly between managers and subordinates.”

Importantly, the policy required employees engaged in such affairs to report the existence of a relationship to management and warned that “failure to report such relationships may lead to disciplinary action, up to and including dismissal.” Primary responsibility for reporting the affair lied with the senior employee, in this case Reichard.

With the policy in place, equally as important was the finding that when Reichard was asked about the affair by his supervisors he flatly denied it.

Reichard returned to the factory on two occasions while he had been prohibited from doing so.

Reichard was terminated and the employer took the position of having “just cause” for dismissal. Reichard sued for wrongful dismissal.

In reaching the decision that Kuntz had just cause for the dismissal the Honourable Justice James Sloan commented that:

[48] I find that Reichard's misconduct was serious and prolonged. Reichard was in an important managerial position calling for the utmost in trust and integrity. As a manager he had an obligation to lead by example.

[49] To continue his romantic affair with his direct subordinate without reporting it, to continually deny the affair to his employer, to take extended lunches frequently and flagrantly with Ms. Thompson in front of others in his department, obviously a breach of the company lunch hour time limit policy, to recommend Ms. Thompson for a transfer to his department where she would be under his direct control, to give glowing work related reports in relation to Ms. Thompson at informal meetings with his superiors and while under suspension to twice disobeyed orders to stay away from the plant, paints the picture of an employee who Kuntz had every right to no longer trust.

[50] Kuntz had every right to consider that Reichard’s wilful misconduct seriously called into question the trust, integrity and honesty required for him to perform his duties as a manager and that Kuntz’s lack of trust in Reichard was sufficient to terminate him for cause.

In the end the case turned more on Mr. Reichard’s lying than it did on the affair. While the affair was no doubt ‘illegal’ under the employer’s non-fraternization policy, it is questionable whether that fact alone would have been sufficient grounds for “just cause.” Provided that the relationship was consensual and Mr. Reichard was not using his position of power to influence the relationship, then perhaps his conduct would have warranted a lesser punishment than termination.

However, Reichard's repeated lying about the affair and then his disobedience with respect to staying away from the workplace pending the results of an investigation does, in my opinion, paint the picture of an employee whose actions warranted termination. It is one thing to break the rules, it is another to lie about doing so, and then continue breaking them.

Petraeus’ downfall, perhaps much like Mr. Reichard, was not that he had the affair – but that he wasn’t honest about it. Ditto, for what it is worth, former US President Clinton.

The takeaway for employees is that it is generally not advisable to get into a workplace romance. However, if things simply turn out that way, then it is important to be upfront about the relationship and to work with your employer to ensure that things don’t end up poorly. If you are in such a situation and have some concerns, the professional, experienced and cost-effective employment lawyers for employees at Ottawa's Kelly Santini LLP would be happy to be of service to you - on a completely confidential basis - to provide advice on next steps.

The takeaway for employers in this case is that it is important to have a non-fraternization policy, and more important still to enforce that policy. Sexual harassment complainants can be very costly and can easily impugn the employer. If your organization does not have such a policy, then the professional, experienced and cost-effective employment lawyers for employers at Ottawa's Kelly Santini LLP would be happy to be of service to your business or organization.

For more posts about ”Just Cause” please click this link.