Setting Co-Worker on Fire Not Just Cause for Dismissal 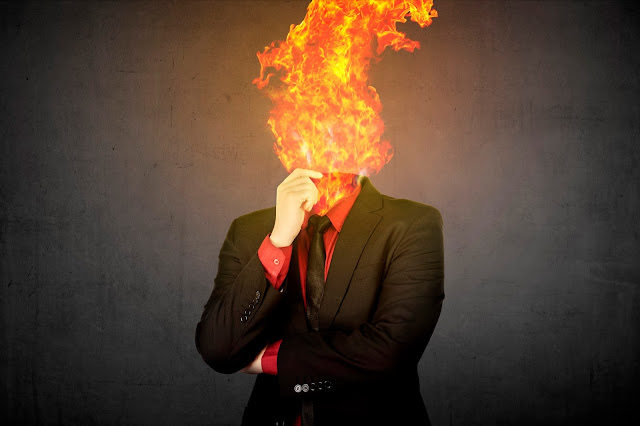 Is setting your co-worker on fire “just cause” for termination? “No”, says a decision from a British Columbia Labour Arbitrator.

The decision is Dryco Drywall Supplies Ltd v Teamsters Local Union No 213, 2013 CanLII 7695 (BC LA), and the facts are relatively straightforward.

The employee had been employed for 32 years, the last five of which as a foreman. According to the company’s disciplinary report, cited verbatim in the Board’s reasons for decision:

On Friday October 26th Mark Sobieski walked by Greg (Lead yard hand) who was standing at the front counter. As Mark walked by Greg he took his lighter and lit Greg’s safety vest on fire. Mark walked outside to load a customer not realizing how quickly his actions became a huge concern for Greg and the customers in the store. When Greg started to walk to the Warehouse, he turns back to the front counter and stated “What is on fire? I smell something burning”. At that moment Richard (RGS Taping) said “Greg you are on fire!” Without hesitating Richard started to bat the fire out with his hand, when he did so the melting plastic from the safety vest transferred onto Richard’s right hand. This resulted in Richard receiving burns and blisters due to the plastic melting and burning his hand.

Sobieski was terminated by his employer, who alleged just cause. Sobieski grieved the termination, with his union arguing that although some discipline was warranted, the termination was excessive and a short suspension should be substituted.

Before resolving that the termination was not warranted Arbitrator Mark Brown commented that:

All the witnesses expressed surprise that the safety vest caught fire. I am not sure why that is so. The safety vest is used to protect the employee from a visual point of view. It is not used as safety from fire. One would think that as it is a piece of clothing that one can presume that it will burn. Sobieski should have realized the vest could have caught fire, although clothing would not normally flame as quickly as it did in the case at hand.

Continuing with this digression, I agree more with the employees: There is a certain sense of irony in a safety vest becoming an object of peril.

Returning to the issue before him, Arbitrator Brown continued his reasons as follows:

With respect to the legal principles to be applied, the parties do not dispute that an arbitrator’s approach with respect to discipline and discharge cases is set out in Wm. Scott and Co. Ltd. And Canadian Food & Allied Workers Union, Local P-162, [1977] 1 Can L.R.B.R. 1 (“Wm. Scott”). The arbitrator asks three questions.

In assessing the appropriateness of the penalty, the arbitrator considers several factors:

In ultimately resolving that termination was not warranted Arbitrator Brown held that:

The incident was serious. All employees have a right to work in a safe workplace. But for the quick reaction by Seganfreddo, Draheim could have been seriously hurt. Seganfreddo could have suffered more serious injury as well.

I conclude that Sobieski’s actions were not malicious. His actions were not reckless to the point that he was knowingly risking injury to others. He was careless, the action lacked common sense and as he so aptly described it – stupid.

Given all the circumstances of the case, I conclude that termination is excessive. The incident was serious; however, while Sobieski was careless and stupid I do not find he was malicious or reckless. He took responsibility and apologized. It was a spur of the moment act. He is a long service employee.

In the result the employee was suspended, without pay, for a period of four months.

The case bears a striking resemblance to the stapling one’s scrotum to a plank of wood case, canvassed earlier by this blog in the post Why Your Organization Needs a Social Media Policy.

In that case, the Ontario Labour Relations Board reached the opposite decision, holding that what was essentially ‘stupid horseplay’ was sufficient grounds for termination, because it jeopardized the employer’s reputation for being safety conscious.

While every case turns on its facts and the context of the situation, one might have thought that literally setting one’s co-worker on fire, the result of which was burns to a customer, would be sufficient grounds for summary termination.

I ask interested readers to try and reconcile the two decisions in the comments below. Should the case have been decided differently? In the scrotum stapling case OLRB Vice-Chair Harry Freedman’s commented that:

… simply because some men... are prepared to engage in grossly stupid behaviour and then attempt to profit from their stupidity through television, internet videos and movies, or like the grievor by taking bets on whether they will actually engage in that sort of conduct, does not mean that kind of behaviour ought to be tolerated in the workplace, even if it takes place outside of working hours during employees’ lunch or break periods.

Should the same principles not have applied here? I would submit that they should have.

As this blog has long argued, just cause for dismissal is a vexing issue. If you are an Ontario employer and are considering disciplining an employee, it is always prudent to seek professional legal advice before doing so. As incredible as it might sound, apparently setting co-workers on fire may not be sufficient grounds for just cause. The employment lawyers at Kelly Santini LLP have considerable experience in employment law matters and would be happy to be of service to you.

If you are an Ontario worker and have been disciplined for horseplay, it may also be prudent to seek professional legal advice. As this case demonstrates, it may be possible to claim wrongful dismissal, and in certain cases, get your job back. The employment lawyers at Kelly Santini LLP have considerable experience in employment law matters and would be happy to be of service to you. For more posts concerning Just Cause, click here.

Email ThisBlogThis!Share to TwitterShare to FacebookShare to Pinterest
Labels: Just Cause