Termination Provisions in Contract Unenforceable Without Continuation of Benefits 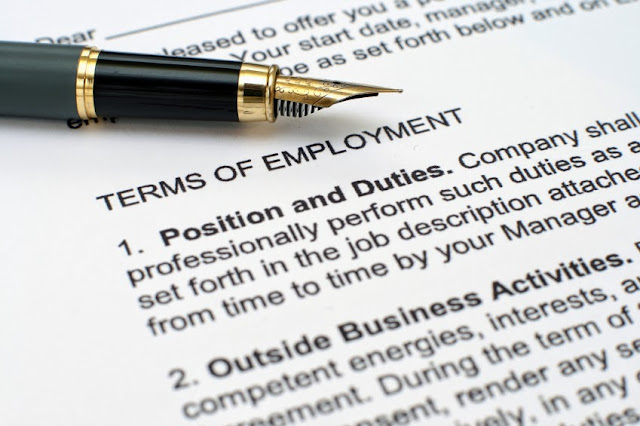 In a decision released in October 2011, Stevens v. Sifton Properties Ltd., 2012 ONSC 5508 (CanLII), the Honourable Justice Ian F. Leach held that where an employment contract failed to provide for the continuation of benefits throughout the applicable notice period - even though the employer actually maintained the benefits throughout the notice period - the contractual provision was of no force or effect.

The plaintiff, Ms. Deborah Stevens, worked for the defendant employer for a significant number of years. As set out in Justice Leach’s reasons for decision:

In or about January of 2007, the plaintiff formally assumed the position of Head Golf Professional at Riverbend [Golf Course in London, Ontario.] Her new employment position was governed by an Employment letter dated January 7, 2008. The letter outlines the terms and conditions of employment for an indefinite period, and includes, among other things, provision for a base annual salary, additional commissions, and various benefits, (including vacations, employee health benefits and pension plan contributions and benefits). As far as termination was concerned, paragraph 13 of the letter reads as follows:

With respect to termination of employment, the fllowing [sic] terms and conditions will apply:

(a) The Corporation may terminate your employment for what it considers to be just cause without notice or payment in lieu of notice;

(b) The Corporation may terminate your employment without cause at any time by providing you with notice or payment in lieu of notice, and/or severance pay, in accordance with the Employment Standards Act of Ontario.

(c) You agree to accept the notice or payment in lieu of notice and/or severance pay referenced in paragraph 13(b) herein, in satisfaction of all claims and demands against the Corporation which may arise out of statute or common law with respect to the termination of your employment with the Corporation.

The parties agree that paragraph 13 were the only provisions of the 2008 Employment letter relating to termination, and that they should be read together “as a whole”.

The plaintiff was terminated without cause in 2010.

The issue that the court was asked to answer was whether paragraph 13 was determinative of the amount of notice of dismissal to which Ms. Stevens was entitled.

The plaintiff’s position, that the contractual provision was not determinative of her entitlement, was based on three arguments, only one of which will be considered in this post. The argument accepted by the court was that by failing to make reference to the provision of the employee’s benefits throughout the notice period, as required by section 61 of the Ontario Employment Standards Act, 2000, the contractual provision violated the minimum standards protected by that law.

Relying on the earlier decision of Wright v. The Young and Rubicam Group of Companies (Wunderman), [2011] O.J. No. 4960 (S.C.J.) (considered in this blog in the post Poorly Drafted Employment Agreement Proves Costly), Justice Leach held that:

[56] Notwithstanding the defendant employer’s voluntary provision of benefits, Justice Low held that the contract termination provisions in the Wright case violated the provisions of the legislation, thereby rendering them null and void, such that the plaintiff was entitled to the provision of reasonable notice required by common law…

[57] I see no meaningful basis on which to differentiate the circumstances in Wright from those in the case before me, and agree with the reasoning in Wright.

[58] Counsel for the defendant employer sought to distinguish Wright by suggesting that contracts of employment cannot reasonably be expected to address all matters explicitly, and that the particular termination provisions in paragraph 13 should be read as an intention to address only the provision of notice or pay in lieu of notice, leaving benefit continuation in accordance with the legislative requirements unaffected.

[59] I do not think that is a reasonable reading of the paragraph 13 provisions. They may not refer to benefits expressly, but they do address benefits implicitly and inevitably insofar as they purport to set forth an exhaustive summary what the plaintiff was to receive “in satisfaction of all claims and demands against the [employer] which may arise out of statute or common law with respect to the termination of [her] employment”. The plaintiff has rights to benefit continuation arising “out of statute ... with respect to termination of [her] employment”, and paragraph 13, on its face, purports to take those away upon mere payment of the required pay in lieu of notice and/or severance pay.

[60] Even if I accepted the defendant’s submission that an alternate reasonable reading of paragraph 13 was possible, at best that would give rise to an ambiguity requiring resolution in favour of the plaintiff, pursuant to application of the contra proferentum doctrine.

[64] The failing of the particular termination provisions in the case before me is that they attempt to “draw the circle” of employee rights and entitlements on termination with an all-encompassing specificity that results in the effective and impermissible exclusion and denial of the benefit continuation rights mandated by the legislation That is what puts paragraph 13 offside, and requires the “termination provision package” of paragraph 13 to be regarded as null and void, in accordance with the policy considerations and directive outlined by the Supreme Court of Canada in Machtinger.

As a result, Justice Leach held that the contractual provision had to be struck down and that the provision was not determinative of the amount of notice to which the plaintiff was entitled, which was all that the court was asked to resolve in this particular case.

As mentioned several times in this blog, the importance of benefits cannot be overlooked. Where an employment agreement fails to take account of benefits throughout the notice period Ontario courts have now twice signalled a willingness to strike them down for the want of the same.

The takeaway for Ontario employees is that if you find yourself suddenly unemployed, and if your employer provides you with a severance package that makes reference to a specified period of notice in your employment agreement as being determinative of the amount of notice and severance to which you are entitled, it is likely very prudent to seek legal advice. It is possible that the contractual provision is not actually valid, and that accordingly you may be entitled to more severance.

For an opinion on whether your proposed severance package is fair an reasonable, you may contact me at: sbawden@kellysantini.com or 613.238.6321. Typically, such an opinion costs in the range of $400-$750.

If you are an Ontario employer the lesson to be gleaned from this decision, and the Wright decision, is that it likely pays to have your employment agreement drafted by professionals. The difference between paying only the minimum amount of notice as required by the Ontario Employment Standards Act and paying what is required at common law can be very substantial. The upfront cost of engaging legal professionals will almost certainly pay for itself if the provision ever needs to be relied upon.

If you are an employer in Ontario and are looking for a professionally drafted employment agreement and/or any other form of experienced, pragmatic, and honest legal advice with respect to your workplace issues, the professional, experienced and cost-effective employment lawyers for employers at Ottawa's Kelly Santini LLP would be happy to be of service to your business or organization.

How much does it cost to have an employment agreement prepared by an experienced employment lawyer? While the amount will vary depending upon what is required, one thing is clear, the amount will almost always be substantially less than the amount awarded by the court if the contract is not correctly prepared.