Pregnant Employees are Entitled to Greater Notice of Dismissal

Is a pregnant woman entitled to a greater amount of notice of her dismissal than other employees? Does firing an employee while she is pregnant merit an award of punitive damages?

At least one Ontario Superior Court judge has said yes to both questions.

This blog has previously looked at the issue of termination of employment following maternity leave in the post Fired After Maternity Leave. 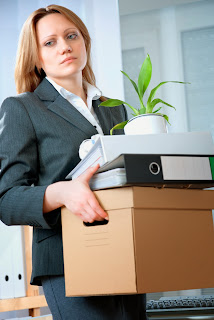 As is explained in that post, if an employer decides to terminate an employee on maternity leave for reasons other than those related to the fact that she took maternity leave (which is a question of fact), then, while the decision and action itself may not be wrongful, the amount of notice to be provided to that dismissed employee may not be sufficient. (For an explanation of what makes a dismissal, “wrongful” see What is Wrongful Dismissal?)

Also, as is explained in the post Written Notice of Termination for Employees off Work May Not Satisfy ESA Requirements, Canadian courts have consistently held that an employee who is absent from work on maternity leave cannot legally be provided with written notice of her dismissal while she is on leave. That is to say, if an employer is forced to terminate an employee’s employment while she is absent from work on maternity leave, then that employer must, at least in my opinion, provide that employee with an actual payment in lieu of notice together with all the benefits that would accrue to that employee during the leave period and notice period.

With that context in mind, the question considered in this post is whether an employee fired while pregnant, but still working, (that is: before she begins maternity leave) is entitled to a greater amount of notice on account of the fact that she was pregnant at the time of dismissal.

In Harris v. Yorkville Sound Ltd., 2005 CanLII 46394 (ON SC), the plaintiff, was 29 years-old, pregnant, an mother of two. She had worked for the defendant employer for a period of approximately eight years when she was fired.

A reading of the Honourable Justice Michael R. Dambrot’s reasons for decision suggests that there was at least some debate as to whether the employer was aware that Ms. Harris was pregnant at the time of her dismissal from employment. The decision reached by the court was that the employer must have known that Ms. Harris was pregnant given her actions and the fact that all of her co-workers appeared to be aware.

The second issue in the case why Ms. Harris was fired. Although the employer put forward a number of possible reasons, Justice Dambrot’s ultimate conclusion was that none of them amounted to just cause. Accordingly, Ms. Harris was entitled to reasonable notice of her dismissal.

On the issue of the appropriate quantum of reasonable notice Justice Dambrot wrote that:

[62] In determining the amount of notice that Ms. Harris was entitled to, I must consider the particular circumstances of this case, including the character of the employment, her length of service, her age and the availability of similar employment, having regard to her experience, training and qualifications. The plaintiff argues that the fact that Ms. Harris was pregnant when she was dismissed should be taken into account. The defendant says that it should not.

[63] It seems to me that if part of the concern in the exercise of setting reasonable notice is the availability of other work, and the possibility of the dismissed employee being hired for it, then pregnancy has to be a consideration. In Tremblette v. Aardvark Pest Control Limited, [1987] O.J. No. 2380, Hoilett J. made the following commonsensical observation, at para 20: “The plaintiff was pregnant at the time of her dismissal, a fact which fairly or not, did not enhance her immediate employability.” I do not require evidence to know that he is right. To similar effect is the judgment of the Divisional Court in Ivens v. Automodular Assemblies Inc., [2002] O.J. No. 3129. I reject the contrary conclusion, that where pregnancy is not a factor in a plaintiff’s termination, it should not be a factor in determining reasonable notice, reached in Colborn v. Unity Savings Credit Union Ltd., [2001] O.J. No. 2920.

[64] In this case, the plaintiff was engaged in work on an assembly line, was 29 years of age and the single parent of two very young children, with another on the way who, sadly, has a severe disability. The plaintiff has modest skills and has found part time work as a school bus driver. There is nothing in the evidence to suggest that she has not made adequate efforts to mitigate her damages. In other words, she is young and obviously bright, but is burdened by limited skills and heavy family obligations.

On the separate question of whether firing an employee while she was pregnant amounted to bad faith, such that it would entitle Ms. Harris to an award of Wallace damages (recalling that this is 2005 decision, and therefore decided before the Supreme Court of Canada’s decision in Honda v. Keayes), Justice Dambrot decided that it did not.

However, Justice Dambrot did decide that the employer’s actions warranted an award of punitive damages. On this point His Honour wrote:

[67] I am also satisfied that the defendant is fixed with knowledge that Ms. Harris was pregnant when it fired her. There is no evidence that the president of the company knew that she was pregnant, and I am unable to find that Mr. Weafer knew it. But I have no doubt that Ms. Stockley did, and she was the company official who initiated the disciplining of the plaintiff over an innocuous event, and actively participated in the effort to fire the plaintiff at the termination committee. If she didn’t tell Mr. Weafer about the pregnancy, then she consciously withheld that information from him. In either case, this conduct justifies punitive damages against the defendant. As a result I would increase the notice period by an additional four months, but for the fact that I have already increased it by two months as a result of Ms. Harris’ pregnancy. Although the two theories upon which I conclude that an increase in notice should flow from the pregnancy are different, I do not think that it achieves a fair result to double credit her for her pregnancy, and would accordingly increase the notice period only an additional two months.

For all the protections of the Ontario Employment Standards Act, 2000, the Ontario Human Rights Code, and the common law, the facts remain that: (a) some woman are still being fired on account of the fact that they become or became pregnant; and (b) there is a lot of concern that women may be fired for becoming pregnant.

Cases such as Harris demonstrate that employers need to be mindful of the pitfalls of treating pregnant women poorly. While getting pregnant by no means affords an employee carte blanche to do whatever she likes, and it would be wrong to state that an employer can never fire a pregnant woman or can never fire a woman while she is on maternity leave or upon her return from maternity leave, the fact remains that the law expects a certain amount of decency and fairness to all employees, including those who are, have been, or may become pregnant.

In my opinion, after considering cases such as Whelehan v. Laidlaw Environmental Services Ltd., 1998 CanLII 6137 (BC SC), (considered in Written Notice of Termination for Employees off Work May Not Satisfy ESA Requirements) Harris was correctly decided. Employees, absent from active employment for a year, and usually unable to draw E.I. benefits on account of a lack of insurable hours (which is itself a point of contention that needs addressing by the federal government), are more often than not going to require a greater amount of time to find new work. An inability to find work is one of the Bardal factors.

If you are worker in Ontario and you are pregnant or are returning from maternity leave, and your employer has informed you that you are being fired, let go, or laid off, it may be prudent to seek a professional legal opinion on your rights. Even if your employer has not done anything legally wrong, you may still be entitled to a greater amount of notice (read: money.) The professional, experienced and cost-effective employment lawyers for employees at Ottawa's Kelly Santini LLP would be happy to be of service to you. We are licensed to provide legal services throughout Ontario, are physically based in Ottawa, but are also frequently in the Greater Toronto Area.

If you are an employer in Ontario and are considering terminating the employment of any of your employees, but especially if that employee is or was pregnant, it is likely prudent to seek professional legal advice before doing anything. The professional, experienced and cost-effective employment lawyers for employers at Ottawa's Kelly Santini LLP would be happy to be of service to your business or organization.