Employees Cannot Make Complaints to the Labour Board and Sue 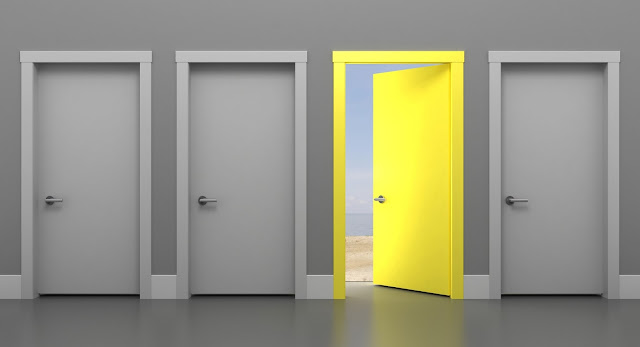 Can an Ontario employee make a complaint to the “Labour Board” - technically the Employment Standards Program of the Ontario Ministry of Labour - and sue his or her employer for wrongful dismissal as well?

Pursuant to both section 97 of the Ontario Employment Standards Act, 2000 and a decision from the Ontario Superior Court of Justice, Limebeer v. Canadian Tire Corp. Ltd., 2013 ONSC 2735 (CanLII), the answer is “no”.

The Limebeer decision provides a very good overview of the pitfalls of an employee making a complaint to the Employment Standards Program. In that case the Plaintiff, Cameron Limebeer, was an eleven-year employee of the Defendant, Canadian Tire (“CTC”).

Mr. Limebeer had a claim filed under the Ontario Employment Standards Act, 2000 (the "ESA"), seeking termination and severance pay. Whether it was Mr. Limebeer himself or his wife who actually filed the matter was not that important. The judge hearing the case, the Honourable Justice Conlan found as a fact that Mr. Limebeer was at all material times aware of the claim.

The claim was apparently “investigated”, although, as found by Justice Conlan, what really happened was that the Employment Standards Officer received some information from CTC and then, about one week later and without speaking with Mr. Limebeer or his wife, decided that Mr. Limebeer committed theft. The Officer concluded that “the claim of the claimant is denied based on the evidence provided by the employer”. That decision was made on February 15, 2011.

The issue that the court was asked to resolve was whether Mr. Limebeer could sue his employer given that he had also made a request to Employment Standards.

(a) the amount alleged to be owing to the employee is greater than the amount for which an order can be issued under this Act; or

(b) in the civil proceeding, the employee is claiming only that part of the amount alleged to be owing that is in excess of the amount for which an order can be issued under this Act.

97. (4) Despite subsection [97](2), an employee who has filed a complaint may commence a civil proceeding with respect to a matter described in those subsections if he or she withdraws the complaint within two weeks after it is filed.

In a short, approachable decision released earlier this month the Honourable Justice Clayton Conlan ruled that Mr. Limebeer could not sue.

His Honoured ruled as follows:

[19] I conclude that subsection 97(2) of the ESA provides me no discretion in these circumstances. The use of the words “may not commence a civil proceeding” as opposed to “shall not commence a civil proceeding” is explained by the exception in subsection 97(4). That expression does not suggest, as submitted by counsel for Mr. Limebeer, that a claimant could proceed in both venues in some circumstances.

[20] Mr. Limebeer is absolutely correct that the two-week period in subsection 97(4) is unreasonably short. It should be lengthened. But that is the purview of the legislators.

[21] Mr. Limebeer is also correct that I have the authority to extend the two-week period in subsection 97(4)... . I agree with those decisions.

[22] But I disagree that I can extend the two-week period to a date after February 15, 2011. If that was the case, then every disgruntled worker would simply make a claim under the ESA and, if unsuccessful, then ask the Court to extend the two-week period in subsection 97(4), ostensibly withdraw the claim (even though a decision has already been rendered) and take a second kick at the can at court. That cannot be sound policy.

[27] Unfortunately for Mr. Limebeer, that same discretion does not assist him with regard to subsection 97(2) of the ESA. He filed a claim under that legislation. And although the “investigation” was rather perfunctory, Mr. Limebeer did not withdraw the claim before the decision was made to dismiss his complaint. He had an opportunity to do so.

In the result, Justice Conlan directed Mr. Limebeer to appeal the Employment Standards Officer's decision to the Ontario Labour Relations Board and dismissed his lawsuit.

Justice Conlan's decision is incredibly emphatic to Mr. Limebeer's predicament and I find myself agreeing with His Honour's decision; section 97 of the Employment Standards Act, 2000 does impose some rather short time lines on employees who find themselves suddenly unemployed.

However, I also find myself agreeing that one should not have two different kicks at the can; a dismissed employee has to choose a forum and stick with it.

As is explained on our page "What is Wrongful Dismissal?", very few employees are entitled to only the minimum amount of notice and/or severance prescribed by the Ontario Employment Standards Act. In most cases, employees can be entitled to substantially more.

For example, in the case of Mr. Limebeer, if his claim had been allowed by the Employment Standards Officer he would have been entitled to 19 weeks of notice and severance. If had successfully sued for wrongful dismissal, then he may have been awarded upwards of 9-12 months of notice, perhaps more, depending on his age and the type of position that he held. Depending on his salary, this would be a substantial difference!

Therefore, the lesson to employees is this: if you find yourself suddenly unemployed due to firing, termination, lay-off or otherwise, slow down. You have options. You have time. Then, speak to a professional employment lawyer. The professional, experienced, and cost-effective employment lawyers at Ottawa's Kelly Santini LLP would be happy to be of service to you.

While it may seem like making a complaint to the Employment Standards Program is the correct course of action, as Mr. Limebeer's case demonstrates, the same is not necessarily always the case.