Whose Invention Is It Anyway? 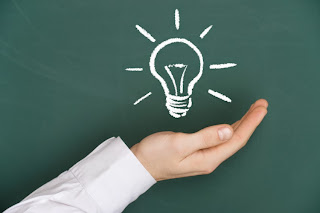 Does the existence of an employee/employer relationship disqualify an employee from patenting an invention discovered in the course of employment?

According to a 2000 decision from the Ontario Superior Court of Justice, Techform Products Ltd. v. Wolda, 2000 CanLII 22597; varied for reasons other than the issues considered in this post in 2001 CanLII 8604 (ON CA) the answer is "no."

As is summarized in the reasons for decision from the Court of Appeal for Ontario, the Techform case concerned an employee, later turned independent contractor, who was retained by the "employer" for the purposes of developing automobile parts, more specifically hinges.

In 1981 Tiete Wolda began working for Techform. It was not until 1987, however, that he was assigned any inventing responsibilities. In early 1989 Mr. Wolda resigned for personal reasons. However, in September 1989 Techform realized that it wanted to retain Mr. Wolda and asked that he act for the company pursuant to a consulting agreement. The agreement was silent on the issue of ownership of inventions.

In 1992 Mr. Wolda, together with another Techform employee, invented the "Boxless Hinge." As found by the trial judge, the Honourable Justice Harriet E. Sachs, the pair had worked on this invention on their own time and without Techform’s knowledge.

As a result of the president’s letter, Techform’s lawyers prepared an Employee Technology Agreement ("ETA"). Techform's lawyers met with Mr. Wolda to have him sign the ETA, which he eventually did. The agreement set out a number of terms that may be summarized as follows:

In 1996 Mr. Wolda invented the "3D Hinge," which became the subject of much litigation.

Mr. Wolda billed Techform for approximately 1,000 hours of work related to the 3D Hinge. He also received the assistance of Techform employees in refining the design. He worked with Techform’s United States patent attorneys on the patent application and was paid for this work by Techform.

The issue in dispute in the case was who owned the rights to the 3D Hinge?

In her reasons for decision, Justice Sachs on the issue of whether employees - as compared to independent contractors - are presumed at law to own the inventions discovered in the course of employment held as follows:

[11] While the federal patent legislation provides that inventors are the first owners of their inventions, it says nothing about what happens when the inventor is an employee. This is a matter that is left to the common law. The provincial courts have concurrent jurisdiction with the federal court to determine cases where a remedy is sought at common law or in equity regarding the ownership of any patent of invention.

[12] The common law rule in Canada is that the mere existence of an employment relationship does not disqualify employees from patenting inventions made during the course of their employment. This rule holds true even where the invention relates to an aspect of the employer’s business, the employee used the employer’s time and materials to bring his or her invention to completion, and the employee has allowed the employer to use the invention while he or she was employed (Piper v. Piper (1904), 3 O.W.R. 451 (Ont. C.A.), at 455, Moss C.J.O. (for a five member panel of the court); Worthington Pumping Engine Co. v. Moore (1902), 19 T.L.R. 84 (Eng. Ch. Div.), at 87).

[13] There are two exceptions to the presumption that employees own their inventions:

(a) An express contract to the contrary; or

[14] In deciding who owns an employee’s invention the court must take into account the “nature and context of the employer-employee relationship” and consider such factors as:

(a) Whether the employee was hired for the express purpose of inventing;

(b) Whether the employee at the time of hiring had previously made inventions;

(c) Whether the employer had incentive plans encouraging product development;

(d) Whether the conduct of the employee once the invention was created suggested ownership was held by the employer;

(e) Whether the invention was the product of the problem the employee was instructed to solve;

(f) Whether the employee’s invention arose following his or her consultation through normal company channels (i.e., was help sought?);

On the issue of who owns inventions when the person making the discovery is an independent contractor, the Court of Appeal for Ontario summarized Justice Sachs findings as follows:

An independent contractor who makes an invention owns the invention unless there is an agreement, express or implied, to the contrary. Whether a term transferring ownership of an invention to the client is to be implied depends upon whether such a term is necessary having regard to the circumstances of the case.

On the facts of the case, Justice Sachs found that Mr. Wolda had not received any consideration for the ETA and that, based on the common-law presumption of ownership, he was the owner of the 3D Hinge. (For more on the issue of why the agreement failed for lack of consideration see the post No Changes without Consideration)

Reading the decisions there is no doubt in my mind that the fact that Mr. Wolda invoiced Techform for 1,000 hours of work with respect to the 3D Hinge factored heavily into the Court of Appeal's decision.

Whether I agree with the Court of Appeal's analysis on the issue of consideration is an issue for another day, but if the learned panel was correct on that point, then I am inclined to agree with their conclusion. Mr. Wolda was retained to invent and develop hinges for Techform. He agreed to assign ownership of those inventions to Techform pursuant to a written agreement, and therefore he ought to have lived up to his end of the bargain.

The takeaway for employers in this case should be obvious: use employment agreements with your staff. The failure to use such agreements may result in a situation whereby using employer-provided resources the employee will be able to patent, and therefore commercialize inventions on which the employer would be otherwise able to capitalize.

If you are an employer in Ontario engaged in the discovery business, and your employees have not signed such an agreement, it would be prudent to seek professional legal advice. The professional, experienced and cost-effective employment lawyers for employers at Ottawa's Kelly Santini LLP would be happy to be of service to your business or organization.

Before you find yourself on the wrong end of a lawsuit, or especially if you do, you may wish to speak to the experienced and cost-effective employment lawyers for employees at Ottawa's Kelly Santini LLP.

My thanks to student Brent Craswell for his assistance with the research on this topic.