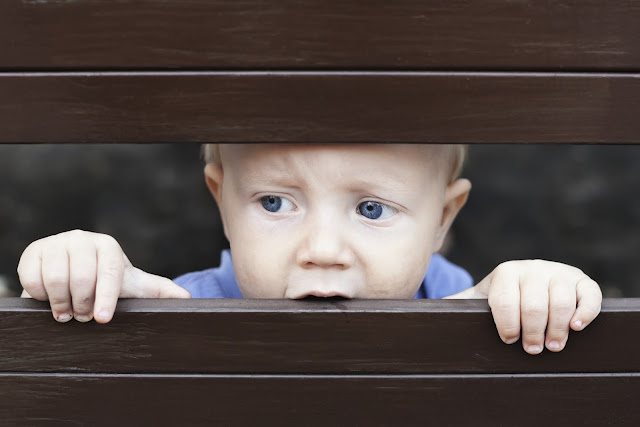 In a case sure to surprise some working parents, an Ontario Deputy Judge has ruled that the failure of a nanny to supervise a two-year-old child and a four-and-one-half year old child was not just cause for dismissal.

The case was argued in the Ontario Small Claims Court, with the threshold issue being whether the employer parents had just cause for dismissal. In finding that the parents did not have just cause, Deputy Judge Z. Jack C. Prattas held that there was conflicting evidence on the critical point of whether the children were being properly supervised. Deputy Judge Prattas's reasons for decision can be found on CanLII at: Pascua v Khul-Schachter, 2013 CanLII 47860.

On the whole, the case was pretty fact specific. The children's father claimed that he had come home one day and found his children unattended in the hallway of his condominium. After observing the children for some time he confronted the plaintiff nanny and summarily terminated her employment. However, the father was unable to recall whether the door to the condo was open or not, a fact that the judge could not overlook.

Judge's Reasons for Decision on Just Cause

With respect to the facts of the case, Deputy Judge Prattas held that:

[38] Any such conduct must also be related to the circumstances of each case in the context of the total relationship. Even if the hallway incident did happen, this was a one-time incident within the context of two years of good and caring work done by the plaintiff. Under such circumstances I am hard pressed to find that the hallway incident, even if it happened, could constitute cause for dismissal in this case.

The Issue of Notice

Given his finding that the employer did not have just cause for dismissal, the second issue that the judge had to resolve was the amount of reasonable notice to which the nanny was entitled.

The work visa presented an interesting issue: Did the fact that the nanny had a work visa until March 31, 2014 mean that she was a term employee entitled to notice until the end of her visa? "No," held the judge:

[15] The defendant objected submitting that “the work permit is not a contract… It is nothing more than a legal document which permits a foreign national (in this case the plaintiff) to work in Canada for a particular employer”. (emphasis supplied - page 4 of the written submissions of defendant’s counsel) I agree with this submission of defendant’s counsel.

The second issue was the fact that the nanny had 'only' been employed for two years. In dismissing the defendant's submission that the plaintiff should be awarded no more than 2.5 months of notice Prattas D.J. held that:

[59] The defendant fired the plaintiff on the spot allegedly for just cause and gave her no reference letter. The plaintiff testified that she tried to find a job but was unable to do so because she had no reference from the defendant and because her termination was for cause. And this is understandable because the nature of a nanny’s job is quite personal and very sensitive and references do play a major role in finding another job.

[60] In my view the attempts by the plaintiff to find another job were seriously impeded because of the way her termination of employment was handled by the defendant.

[62] Had the defendant given the plaintiff a reference letter and had she terminated the contract without cause, for example, the suggested 2.5 months – or even 3 months – may have been appropriate.

[63] Considering all of the Bardal factors and in particular the availability of similar employment I find the appropriate period of reasonable notice to be 4 months.

For a Small Claims Court decision that resulted in the plaintiff being awarded less than $7,000 in damages the case certainly presented a number of interesting issues.

With respect to the work visa issue, I agree with the judge that the fact that the visa was extended did not automatically mean that the employment contract was extended for an equal period of time.

With respect to the notice period, I also agree that four months seems reasonable and that the fact that the employee was 'only' employed for two years should not have been the primary focus. Yes, length of service is one of the Bardal factors, but it is not the sole factor. Given the facts, the decision seems reasonable.

The takeaway for employees from this case is that not all transgressions in the workplace will give an employer just cause for dismissal. As the case demonstrates, context is always a factor and sometimes it is worth pursuing a case simply to prove that the employer did not have legal just cause.

If you are an employee in Ontario and you believe that you have been wrongfully dismissed, contact the employment lawyers at Ottawa's Kelly Santini LLP; we would be happy to be of service to you.

The takeaway for employers from this case is that sometimes, no matter what has happened, you may not have just cause for dismissal. Furthermore, it will always be of benefit to attempt to assist your former employee find new employment. Finally, this case repeats the point that there is no mathematical formula for determining reasonable notice.

If you are an Ontario employer and you are considering terminating the employment of one of your employees, it may be prudent to seek a professional legal opinion from an experienced employment lawyer before doing so. The employment lawyers at Ottawa's Kelly Santini LLP would be happy to be of service to your business or organization.