The Duty to Mitigate: Employees Not Required to Accept a 'Bird in the Hand' 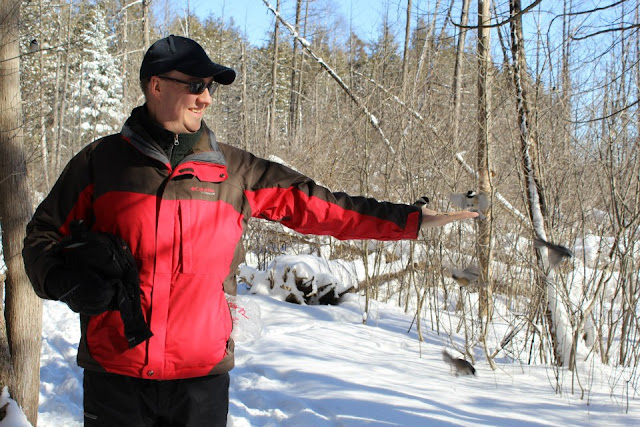 How selective can an employee be in pursuing new employment in order to “mitigate his damages?” In the case of Tsakiris v. Deloitte & Touche LLP, 2013 ONSC 4207, the Honourable Justice Michael A. Penny was asked to answer just that question.

The case concerned a dismissed manager working for one of the large accounting firms, Deloitte & Touche LLP. The plaintiff employee had started with Arthur Anderson in 1999 as a co-op student and was later hired as an associate once he graduated. Deloitte & Touche LLP acquired Arthur Anderson in June 2002, and the plaintiff went in with that firm.

On July 4, 2008, the plaintiff was fired by Deloitte & Touche LLP, ostensibly for just cause. The plaintiff sued and was successful in demonstrating that his employer did not have just cause to fire him. He was 33 years old at the time of dismissal and had been working for Deloitte & Touche LLP for 8 years at the time of dismissal. He was awarded 10 months pay in lieu of notice.

One issue that the court was asked to resolve was whether the plaintiff had failed to mitigate his damages. As Justice Penny observed, the plaintiff took all the normal steps to obtain new employment. The evidence was that he applied for many senior management-type roles, with an emphasis on international tax but in other areas as well. He contacted a number of recruiters for assistance.

Deloitte & Touche LLP argued that, from a mitigation point of view, the plaintiff was obliged to adopt a ‘bird in the hand’ approach.

In his opening comments to his decision on the duty to mitigate, Justice Penny commented:

[110] The duty to act reasonably in seeking and accepting alternate employment is not a duty owed to the former employer. Rather, it is a duty the employee owes to him or herself to take such steps as a reasonable person in the dismissed employee’s position would take in his or her own interests.

To which Justice Penny later added:

[117] While I quite agree that a dismissed employee cannot impose unreasonable risks on his or her former employer when it comes to the obligation to mitigate by holding out for unrealistic career aspirations, the question is whether the dismissed employee has acted reasonably in refusing to accept a new position.

In resolving that the plaintiff’s actions were not unreasonable, and in distinguishing the earlier decided case from the British Columbia Court of Appeal (Coutts v. Brian Jessel Autosports Inc., 2005 BCCA 224,) Justice Penny wrote:

[118] In Coutts, the dismissed employee refused to follow through with employment opportunities in the employee’s accustomed line of work and held out for a new position in a different sort of firm that had not yet even come into existence. The Court found that Coutts’s hopes of securing employment with this new firm were “both unrealistic and unreasonable.”

[119] In the circumstances of this case, the MNP offer came in December 2008, only five months into the plaintiff’s job search. At that point in time, the prospects for an international tax position with a large public accounting firm had not yet been exhausted. The plaintiff, on the evidence, held a reasonable belief based on advice from his recruiters that some international tax openings were in the offing. Unlike the facts of the Coutts case, this anticipated opportunity was precisely in the plaintiff’s “chosen line of work” for the last eight years.

[120] The plaintiff was entitled to seek a position commensurate with his level of expertise and skills and was not obliged to seek a lesser paying, generalist position until he had completed a reasonable search for comparable employment.

[121] In all the circumstances, I do not think it was unreasonable for the plaintiff to decline the MNP job in the (not unreasonable at that point) hope that a preferred, higher priority job more like what he had done before might yet materialize.

In the result, Justice Penny refused to agree with the defendant employer that the plaintiff had failed to mitigate his damages.

The duty to mitigate is one of the most disturbing parts of employment law for those who lose their jobs. For many, the reaction is one of great upset at the notion that a dismissed employee must look for new work in order to reduce the amount that the dismissing employer must pay in the case of a dismissal without just cause. (Which is the legal effect of the duty to mitigate. For more, see Explaining One’s Duty to Mitigate.)

What this case confirms, however, is that dismissed employees can be reasonable in their selection of an alternate position and they do not have to simply accept the first job that comes along. As Justice Penny hints, the employee may eventually have to accept a different position, but not right away.

The takeaway for employees is that one can be reasonable in his mitigation efforts. If it is reasonable to believe that a more appropriate job will come up, then one does not have to accept another position simply on account of the “duty to mitigate.”

However, in all cases the employee must act “reasonably.” What is reasonable will vary with the circumstances and with the person making the decision. Accordingly, before making any decisions concerning dismissal from employment and the duty to mitigate, those who find themselves suddenly unemployed would be wise to seek professional legal advice.

The takeaway for employers is that one cannot simply allege that an employee has failed to mitigate his damages simply because some options are available. Employees can be reasonable in their selection of positions.

Email ThisBlogThis!Share to TwitterShare to FacebookShare to Pinterest
Labels: Duty to Mitigate, Justice Michael A. Penny