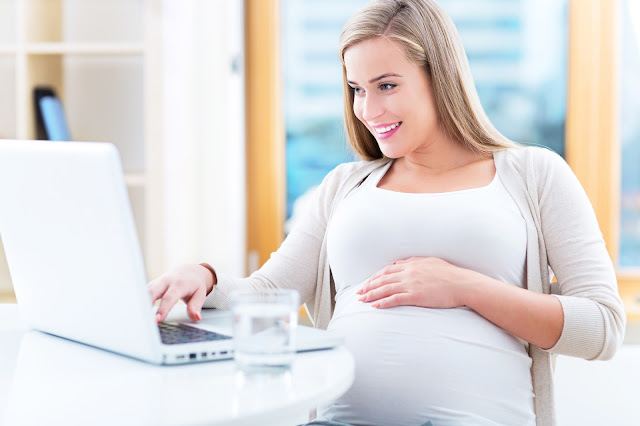 Does a pregnant woman have the legal right to refuse to work in an environment that is unsafe to her as a pregnant woman? According to a recent decision from the Supreme Court of Canada, concerning a Quebec law, the answer is yes, she does.

In the recently decided case of Dionne v. Commission scolaire des Patriotes, 2014 SCC 33 (CanLII), the Supreme Court of Canada was asked to consider an appeal by a worker who had asked to take “preventative withdrawal” from work as permitted by Quebec’s occupational health and safety laws.

The worker was a supply teacher who was also pregnant. Her doctor advised her that she was susceptible to a number of contagious viruses, which could have harmed the fetus. Because groups of children are common carriers of such viruses, a classroom posed a risk.

Under Quebec’s occupational health and safety law, An Act Respecting Occupational Health and Safety, CQLR c S-2.1, pregnant women can refuse to perform work under conditions that presents a health or safety danger to themselves or their fetus, and to have a reassignment of work to avoid those risks. If that reassignment is not possible, they have the right to stop working and receive income replacement benefits during the pregnancy. If the employer cannot or does not reassign the pregnant worker, she can withdraw from work until she can either be reassigned or has given birth. A worker on Preventive Withdrawal is entitled to full remuneration for her first five working days after stopping work and thereafter receives 90 percent of her net salary for the days that she would normally have worked but for the health or safety risk. These benefits are paid out of a fund into which all Quebec employers contribute, and are calculated based on income earned by the worker during the year before her pregnancy. During her Preventive Withdrawal, she retains all the benefits connected with her regular employment.

Although the Commission de la santé et de la sécurité du travail decided that the worker was entitled to take “preventative leave” the school board disagreed and appealed to the Commission des lésions professionnelles (“CLP”) The CLP set aside the Commission’s decision and concluded that the worker was ineligible for Preventive Withdrawal. In its view, withdrawal was only available to “workers” as defined in the Act. Ms. Dionne’s inability to go into the school due to health risks meant that she was incapable of performing the supply teaching work required by the School Board. This incapacity meant that no contract of employment had been formed. Without such a contract, Ms. Dionne was not a “worker” and was therefore outside the scope of the protection provided by the law.

Decision of the Supreme Court of Canada

In the opening paragraph to her reasons for decision, Justice Abella wrote that:

Quebec’s occupational health and safety legislation, together with legislation dealing with industrial accidents and illnesses, creates a scheme designed to provide financial security when workers are required to withdraw temporarily from the workforce to avoid unsafe work. This appeal involves a pregnant supply teacher whose withdrawal from an unsafe workplace because of risks to herself and her fetus resulted in a tribunal finding that she was thereby disentitled to the statutory income replacement benefits. In my view, this finding negates the objectives of the scheme and penalizes pregnant women for doing precisely what the legislative scheme mandates: avoiding workplace health risks during pregnancy.

To that opinion Justice Abella added the follow unequivocal statements about the reasons for and context of the law:

Of central importance to the appeal was whether the worker’s invocation of her rights to withdraw from work resulted in the decision that she was not an “employee.” With respect to this argument Justice Abella wrote that:

The scheme is intended to protect pregnant workers who have a contract to work. It would be anomalous, to say the least, to use the legislated right of a pregnant worker to withdraw from an unsafe workplace to conclude that her withdrawal negates the formation of the contract of employment.

In the result the Supreme Court of Canada affirmed the initial decision that the employee was entitled to take Preventative Withdrawal.

It is important to start by noting that although the decision is from the Supreme Court of Canada, it is a case concerning a Quebec statute. The case’s relevance outside that province is therefore suspect.

However, the case is still important for a number of reasons. First, the Quebec regime is certainly a model that most workers would likely want to see emulated. And while all provinces have some form of occupational health and safety law, the inclusion of a fund to provide income replacement benefits to those employees for whom the employer cannot provide a safe working environment is interesting.

Of greater interest from employment law and human rights perspective, is the comment that the law deems the employee, who is unable on account of her pregnancy to work to nonetheless still be “at work.” That comment is interesting because it somewhat the opposite of what the Court of Appeal for Ontario said about those absent from work because of a disability in the case of Ontario Nurses' Association v. Orillia Soldiers Memorial Hospital, 1999 CanLII 3687 (ON CA). In that case, the Court of Appeal for Ontario in deciding a case concerning Ontario’s human rights’ legislation held that “It is not prohibited discrimination to distinguish for purposes of compensation between employees who are providing services to the employer and those who are not.”

The Quebec law, and to some limited degree the Supreme Court’s interpretation of that law, appear to stand on its head the decision in Orillia Soldiers; if the reason that an individual is unable to be at work is because of a disability (not to suggest that pregnancy is a “disability”) or some other form of protected leave, then it should be discriminatory to treat that employee differently notwithstanding their absence from the workplace. By deeming the absent individual to still be “at work” and by legislating the maintenance of the employee’s benefits, Quebec’s law does exactly the opposite of what the decision in Orillia Soldiers allows.

Whether this case will have any influence on the common law jurisdictions, including Ontario, is still yet to be seen. The decision may, however, change some perceptions.

As always, comments and thoughts are welcomed below.

Sean Bawden, publisher of the law blog for the suddenly unemployed, can be reached by email at sbawden@kellysantini.com or by phone at 613.238.6321.