The Requirement to Pay Severance in Ontario - The Decision in Paquette c. Quadraspec Inc., 2014 ONCS 2431 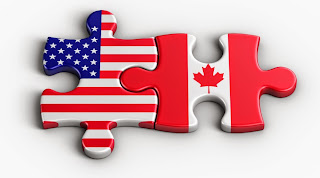 In a decision that will be sure to have ripple effects beyond Ontario’s borders, an Ontario Superior Court judge has ruled that for the purposes of calculating an employer’s payroll, in order to determine whether an employee is entitled to statutory severance pursuant to section 64 of the Ontario Employment Standards Act, 2000, one looks at the employer’s entire payroll, not just that of its employees in Ontario.

The case is important because under a previous line of cases, the most recent of which being Altman v. Steve’s Music, 2011 ONSC 1480 (CanLII), the court had held that it was only the employer’s payroll in Ontario that was to be considered.

For employers with operations both inside and outside of Ontario, what the case means is that even if your operations in Ontario are modest, if the company’s total payroll exceeds the statutory limits of $2.5 million dollars, employees working in Ontario may now be entitled to statutory severance pay. This decision has the potential to increase an employer’s contingent liability with respect to severance obligations by a factor of more than three!

Labour and employment standards in Ontario are governed by a myriad of laws, the most predominant of which being Ontario’s Employment Standards Act, 2000 (“the ESA”)

Under the ESA, Ontario is the only Canadian province to require employers to pay “severance.” While all provinces have some form of employment standards legislation requiring employers to provide notice of termination or a payment in lieu of such notice, only Ontario requires employers to also provide employees with severance in certain, enumerated situations. More importantly, while notice can be provided as working notice, meaning that employers receive some value for their money, “severance” has been held to be a form of pension, meaning that it must always be paid as cash.

Section 64 of the ESA prescribes under what circumstances an employer must provide “severance” to an employee:

(a) the severance occurred because of a permanent discontinuance of all or part of the employer’s business at an establishment and the employee is one of 50 or more employees who have their employment relationship severed within a six-month period as a result; or

(2) For the purposes of subsection (1), an employer shall be considered to have a payroll of $2.5 million or more if,

(a) the total wages earned by all of the employer’s employees in the four weeks that ended with the last day of the last pay period completed prior to the severance of an employee’s employment, when multiplied by 13, was $2.5 million or more; or

(b) the total wages earned by all of the employer’s employees in the last or second-last fiscal year of the employer prior to the severance of an employee’s employment was $2.5 million or more.

While certain enumerated employees are exempted from receiving statutory severance (see section 9 of Ontario Regulation 288/01), for all other employees meeting the statutory criteria, severance must be paid on termination.

Before the decision of the Honourable Justice Paul Kane of the Ontario Superior Court of Justice, common knowledge was that for the purposes of making any calculations concerning severance pay, it was only an employer’s Ontario payroll that was to be considered.

For example, in the case of Altman v. Steve’s Music, 2011 ONSC 1480 (CanLII), the Honourable Justice Corrick, also of the Ontario Superior Court of Justice, held that:

[33] Steve’s Music has operations in Ontario and Quebec. The issue before me is whether the payroll of Steve’s employees in Quebec should be included in the determination of the payroll under s. 64(1)(b). The evidence is that the Ontario payroll is $2.1 million. If the Quebec payroll is included, the total exceeds $2.5 million.

[34] In the case of Northern Superior Supply Co., the Ontario Labour Relations Board held that only the payroll of an employer’s operation in Ontario is relevant to s. 64(1)(b). The Board held that Ontario has legislative authority with respect to businesses operating in Ontario and has no authority to legislate concerning payrolls in other provinces.

[35] The Board relied on the decision of the Divisional Court in Tullett and Tokyo Forex (Canada) Ltd. v. Singer in which the court held that an employee of a Canadian subsidiary of a U.S. company who had worked four years for the U.S. company, and two years in Ontario for the Canadian subsidiary, was not entitled to severance pay because he had not worked in Ontario for more than five years. The court held that the provision in the Act was directed to Ontario based employment. Similar rulings have been made in other cases.

[36] Ms. Altman is not entitled to severance pay given that Steve’s payroll for its Ontario operations is less than $2.5 million.

Writing his reasons for decision in French, Justice Kane wrote on this point:

For those who French is not what it once was, what Justice Kane said was:

[66] Section 64 does not provide that the Ontario legislature governs the "payrolls other provinces." The legislature has the jurisdiction to regulate employers that operate and hire people in the province of Ontario. Requirements imposed on employers in other jurisdictions are neither the subject nor the intent of section 64.

[67] The Ontario Legislature has legislative power to adopt the measure to be used in the application of law in Ontario, more specifically, in Ontario, employers are required to pay severance. The requirement is provided in section 64, according to the size of the employer and its employees or its payroll. The extent and applicability of the obligation are based on the "total wages earned by all employees of the employer." The wording of the Act is clear. Calculation corresponds to the wages paid by the employer both inside and outside of Ontario. There is no legal justification or jurisdiction to interpret these items so as to insert restrictions which are not found in the Act.

[68] In its interpretation and conclusion in Altman v. Steve's Music Store Inc., 2011 ONSC 1480 paragraphs 32 to 36, in regard to section 64 of the Act, the court explicitly based its decision on Tullett, and Northland, and makes no analysis of the issue. With respect, I disagree with this conclusion, given the analysis mentioned above.

The change in the approach to the law could be huge for foreign-to-Ontario employers.

Consider, for example, an employee earning $52,000 a year in base salary. If the employee has been employed by his employer for 10 years, here is what the change in the approach to the law means.

Under the new approach, however, even after satisfying the employee’s notice entitlements, the employee would still be entitled to a severance payment if the employer’s total payroll, including its employees outside of Ontario, exceeded the statutory threshold. In this example, the employee’s entitlement would be 10 weeks x $1,000/week base salary = $10,000!

All of this has the very real potential to increase employer’s contingent labour costs.

It is important to note that there is currently no way for employers to avoid this statutory requirement. Subject to the decision being overturned on appeal, this new decision and approach may have just significantly increased the costs of doing business in Ontario.

Notwithstanding this change, it is important for employers to note that severance is often but a small piece of an employee’s rights on termination. For employers considering doing business in Ontario, it would be prudent to seek professional legal advice before doing so. While we may not be able to eliminate all liabilities, we can certainly assist in limiting them.

If you employ employees in Ontario, it may be prudent to speak to a lawyer about the implications of this decision on your operations. The professional, experienced and cost-effective employment lawyers for employers at Ottawa's Kelly Santini LLP would be happy to be of service to your business or organization.

Of course, if you are an employee working in Ontario, this case should be welcomed as it may have the potential to increase your entitlements on termination. If you are an employee in Ontario and have been let go from your job, it may be prudent to speak to a lawyer before accepting any severance package. The professional, experienced and cost-effective employment lawyers for employees at Ottawa's Kelly Santini LLP would be happy to be of service to you.