Hitting the “Target” with Mass Terminations 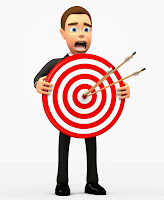 A lot has already been said about Target’s abrupt decision to close all of its Canadian stores; but one story has dominated headlines more than others: Target’s ‘decision’ to provide its employees with 16 weeks of ‘severance.’ As some employees are discovering, that ‘severance’ is really nothing more than working notice. What is more, the ‘decision’ was pretty much already made for Target as the amount is dictated by Ontario law.

Working through the mechanics of the situation, one can see that Target’s ‘decision’ is hardly as generous as it was first touted.

In early January, Target Canada announced that it was closing all of its Canadian stores, putting between 17,000 and 18,000 employees out of work. The company also announced that it was seeking protection from its creditors pursuant to the provisions of the Companies' Creditors Arrangement Act.

In an effort to soften the blow to employees, Target also announced a $70-million trust fund to be kept completely separate from the restructuring process and to cover its employees’ “severance” payments.

It was also reported that employees would receive 16 weeks of “severance.” However, concurrent with the reporting of employees receiving 16 weeks of severance, Target announced that it would be liquidating its merchandise; a process that it estimated would take 16 weeks.

As an employment lawyer this had me thinking: Is Target really providing its employees with 16 weeks of “severance” on top of their next 16 weeks of employment? The answer to that question would appear to be no.

What Target Appears to Have Done

What Target appears to have done is provided its employees with 16 weeks of notice of their termination. That is, Target would have said to its employees on January 16, 2015, “Come May 8, 2015, you are out of work.” The employee would then be expected to work for Target, as he or she had been, until that time (presumably in an effort to liquidate all that merchandise) and then the employee would receive no more. There would be no “severance payment” at the door. The employee works for 16 weeks and then is gone.

The confusion about Target’s actions is caused by the media’s use of the word “severance.” It would appear that Target has no intention of providing most of its employees with any form of severance payment; rather what they have provided is 16 weeks of “notice.”

As is explained in the posts What is Wrongful Dismissal? and Not All Employees are Entitled to Severance, not all workers in Ontario are entitled to a “severance payment.”

The Ontario Employment Standards Act, 2000 prescribes the following with respect to the issue of the termination of an employee’s entitlement:

No employer shall terminate the employment of an employee who has been continuously employed for three months or more unless the employer,

(a) has given to the employee written notice of termination in accordance with section 57 or 58 and the notice has expired; or

Because Target will be terminating the employment of more than 50 employees in the same four-week period, section 58 of the Employment Standards Act is engaged. That provision provides as follows:

The Termination and Severance of Employment Regulation, O Reg 288/01 prescribes the following with respect to the termination of more than 500 employees in the same four week period:

Notice shall be given at least 16 weeks before termination, if the number of employees whose employment is terminated is 500 or more.

So, returning to Target, what the company has done is complied with the minimum standard prescribed by the Employment Standards Act; it has provided its employees with 16 weeks of “notice” of termination.

The difference between “notice” and “severance” is that while severance must be provided as money, notice need not be. Notice is simply that, a warning of a future event. And while the law provides that the employer may provide the employee with a payment in lieu of notice (section 61 of the ESA) there is no obligation on the employer to do so, and working notice is, in fact, the default presumption.

So, all of that to say, what Target is doing appears to be legal – provided that the employees are, in fact, provided with their 16 weeks of notice.

Have Target’s Employees Been Wrongfully Dismissed?

The termination of Target’s employees provides an opportunity to discuss some important points of Ontario employment law.

First, note that notwithstanding how well any particular employee performed in employment, he or she is still out of work. This fact demonstrates the point that one need not be a poor performer to find himself or herself “suddenly unemployed.”

Second, as discussed above, the case demonstrates the tension between the differences in notice and severance, and the expectations of most employees to receive a payment of severance following termination.

Finally, we get to the issue of “wrongful termination.” This blog has frequently taken the position that the provision of the minimum amount of notice pursuant to the requirements of the Employment Standards Act will rarely be sufficient notice of termination. (See What is Wrongful Dismissal?) Here is what I have previously said on the issue of statutory minimums versus “reasonable notice:”

It is important to note that when someone speaks of “notice of termination,” conceptually that person is speaking in units of time. The idea behind notice of termination is: provided the dismissed employee has enough notice of the date upon which his or her employment will end, then with the exercise of reasonable efforts that employee should be able to find a new job before his or her employment at the old job ends, such that the employee will not suffer any loss of income. Accordingly, the question conceptually becomes: how long should it take this dismissed employee to find a new job, which is similar enough to the job from which he or she was dismissed?

The amount of notice to which a dismissed employee is entitled is a function of a number of factors. The factors most frequently recognized by Ontario courts were set out in a case decided in 1960, Bardal v. Globe & Mail, [1960] OWN 253 (HCJ). Those factors are the following:

With respect to length of employment, readers would be prudent to note that the ‘rule’ that a dismissed employee is entitled to one month’s notice for every year of employment has been expressly and repeatedly rejected as a rule by the Ontario courts. (See, for example Minott v. O'Shanter Development Company Ltd., 1999 CanLII 3686 (ON CA)) A dismissed employee cannot simply take his or her length of service and multiply by one month in order to calculate his or her entitlement on termination. Nor should employers use such a formula.

As mentioned at the start of this post, the range of other factors that must be considered before arriving at a determination of the reasonable amount of notice available to any particular employee is simply too great to cover in one post.

Is 16 weeks “reasonable notice”? Target terminated the employment of over 17,000 employees. As the comments above demonstrate there is no such thing as a ‘one-sized fits all’ approach to reasonable notice.

However, for most employees 16 weeks will likely be reasonable. Looking at the factors established in Bardal, most of these employees will have short service. Target has only been in business in Canada for approximately 2.5 years. Next, the character of employment, a retail position, is such that replacing those positions should be relatively easy, as compared to those in more senior positions. However, I am sensitive to the fact that with respect to the final factor, availability of similar employment, the Canadian retail market is currently struggling with more and more companies pulling up stakes. (In addition to Target, both Sony and Jones New York have both recently announced that they are closing all of their Canadian retail outlets.)

The takeaways for employees with labour pains is that there is a difference between notice and severance. Just because you find yourself suddenly unemployed does not necessarily mean that you will be receiving a severance payment; you may legally receive nothing more than notice.

However, while you may not be entitled to receive any form of payment, the amount of notice of termination is an issue you may wish to consider. If the purpose of notice is to provide you with the opportunity to find new work, consider whether you are being afforded enough time. If you believe you need more time, it may be appropriate to speak with a lawyer. The professional, experienced and cost-effective employment lawyers for employees at Ottawa's Kelly Santini LLP would be happy to be of service to you.

More to the point of this post, as an employer you need not provide your employees, in most cases, with a “severance payment”. You may provide your employees with ‘working notice’ and derive some value from your payments. While most employers will be sceptical of the quality of work being performed by those whose employment has been ended, the option remains for employers to elect how they will terminate the employment relationship.

If you are an employer in Ontario and are considering ending the employment relationship with one or more of your employees, it may be prudent to speak with a lawyer first. The professional, experienced and cost-effective employment lawyers for employers at Ottawa's Kelly Santini LLP would be happy to be of service to your business or organization.