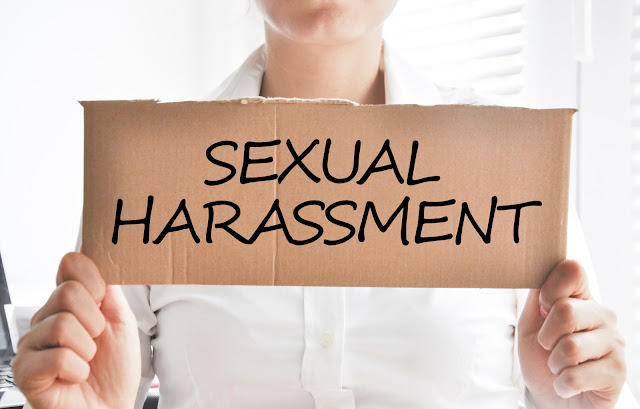 The Human Rights Tribunal of Ontario ordered an employer to pay $150,000.00 to a former temporary foreign worker after finding that the owner and principal of the company had engaged in a series of prolonged unwanted sexual solicitations and advances against her, including sexual assaults.

The facts of the case were summarized by HRTO Vice-Chair Mark Hart, generally as follows:

O.P.T. and M.P.T. were temporary foreign workers who came to Ontario from Mexico to work for the corporate respondent, Presteve, which operates a fish processing plant in Wheatley. The personal respondent was the owner and principal of Presteve at that time. O.P.T. and M.P.T. alleged that during the course of their employment with Presteve, they were subjected to: unwanted sexual solicitations and advances by the personal respondent, including sexual assaults and touching; a sexually poisoned work environment; discrimination in respect of employment because of sex; and reprisal.

Criminal charges were laid against the personal respondent in relation to certain of the allegations raised by various applicants, including O.P.T. and M.P.T. The HRTO proceeding was deferred pending the result of the criminal proceeding, which concluded on March 1, 2011.

In his lengthy reasons for decision, Vice-Chair Mark Hart made the following findings critical to this post:

[170] The issue is whether the incidents involving the personal respondent taking O.P.T. out to dinner after work and the sexual harassment in the car also can be regarded as having been “in the workplace”. In my view, it can…

Similar findings were made with respect to the other applicant, M.P.T.

[216] A very significant award of compensation for injury to dignity, feelings and self-respect also is justified, in my view, on the basis of O.P.T.’s particular vulnerability as a migrant worker, as part of the analysis of the impact of the respondents’ conduct on the applicant referenced in Arunachalam, above. O.P.T. was 30 years old when she came to Canada. Her husband had been tragically killed, and she was left to support her two children. As a temporary foreign worker in Canada, O.P.T. was put in the position of being totally reliant upon her employer. As Dr. Preibisch testified, temporary foreign worker programs in Canada operate on the basis of closed work permits, which only entitle a migrant worker to employment with one designated employer. While theoretically possible to transfer employment to another employer while in Canada, there are significant barriers that make this practically impossible or at least very difficult. As a result, a migrant worker like O.P.T. tends to be reliant upon the employment relationship with the designated employer to a degree that is not experienced by Canadian workers. Migrant workers like O.P.T. live under the ever-present threat of having their designated employer decide to end the employment relationship, for which they require no reason and for which there is no appeal or review, and being “repatriated” to their home country and thereby losing the significant economic and financial advantages of their Canadian employment upon which they and their families depend. In O.P.T.’s case, the personal respondent was repeatedly explicit about this threat to send her back to Mexico if she did not comply with his demands and had demonstrated that he was capable of doing so by repatriating other Mexican women.

[217] O.P.T. was very emotional and often tearful in her evidence before me, and I needed to stop the hearing on a number of occasions while O.P.T. left the room to compose herself during the course of her testimony. O.P.T. testified about how much the personal respondent’s actions had hurt her as a woman and as a person, and described how her chest still hurts when she talks about what he did to her. She also described the tremendous shame that she continues to experience as a result of the personal respondent’s actions, and the impact this has had on her relationship with her current husband. I also have taken into account the fact that I have found the ultimate incident that led to the ending of O.P.T.’s employment with Presteve was an act of gender discrimination following a pattern of repeated and unwanted sexual solicitations and advances, such that O.P.T. properly can be regarded as having suffered the loss of her employment as a consequence of the repeated violations of her rights under the Code.

[221] As with O.P.T., it is my view that it is appropriate for me to consider M.P.T.’s particular vulnerability as a migrant worker when making this award as part of the analysis of the impact of the respondents’ conduct on the applicant referenced in Arunachalam, above. This factor, in my view, mitigates in favour of an increased award for M.P.T. over and above what has been awarded in previous cases where the conduct at issue was of similar objective seriousness. M.P.T. was only 22 years old when she first arrived in Canada to work for Presteve. While she did not have children at that time, M.P.T. nonetheless dreamed of building a better life for herself as a result of her work in Canada. She described this as being her goal and aspiration. As a result of the nature of the temporary foreign worker programs in Canada, M.P.T. worked under the ever-present threat of being sent back to Mexico if she did not do what she was told, which was made explicit to her by the personal respondent and which ultimately was acted upon by him in a discriminatory manner. Due to the power and authority that the personal respondent wielded over her, M.P.T. was required to endure the personal respondent’s repeated invitations for her to have sex with him and his sexual touching of her thighs, breasts and buttocks. M.P.T. testified about the shame, humiliation and anger that she felt when the personal respondent did this to her. Ultimately, I have found that M.P.T. lost her employment with Presteve and was repatriated to Mexico as a result of an act of gender discrimination in violation of the Code.

[222] In my view, in light of the objective seriousness of the personal respondent’s conduct towards M.P.T. in the context of this Tribunal’s decided cases, the particular vulnerability of M.P.T. as a migrant worker, and the impact of this conduct on her, I find that an award of $50,000 as compensation for injury to dignity, feelings and self-respect is appropriate.

In addition to awarding $200,000.00 in damages as compensation for injury to dignity, feelings and self-respect, the Human Rights Tribunal ordered pre-judgment interest on that amount, plus it ordered the company “to provide any workers hired under the auspices of the temporary foreign workers program with human rights information and training in the native language of any such hire for a period of three years from the date of this Decision.”

$150,000, for the HRTO, or for any case in Canada for that matter, is a lot of money for general damages. While Vice-Chair Hart commented that, "the Tribunal’s remedial powers are not punitive in nature" and that, "the purpose of considering the objective seriousness of the respondent’s conduct is not to impose a punitive sanction on the respondent, but rather to consider objective seriousness as a factor in determining the appropriate compensatory award to be made to an applicant", it is difficult not to believe that the HRTO wished to send some directed message to those who will pray on some of the most vulnerable workers in Canadian society.

While some may disagree on whether Canada should allow temporary foreign workers at all, one thing on which one hopes we can all agree is that such workers are among the most precarious of all employees. That the same leaves them vulnerable to exploitation is well recognized. What the decision in Presteve Foods demonstrates is that such exploitation will not go unpunished.