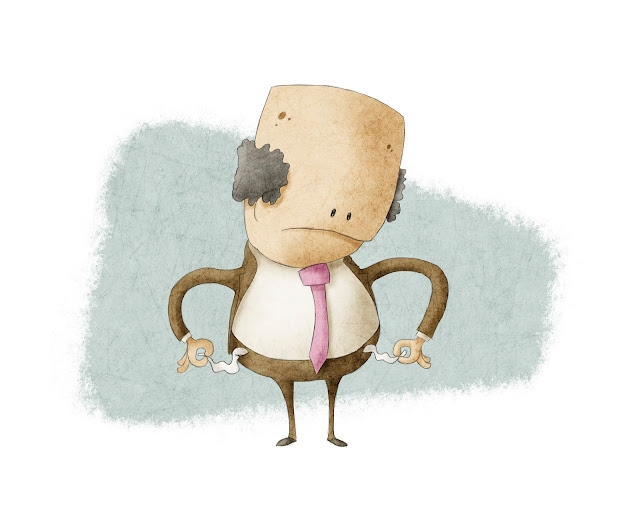 Are an employer’s financial circumstances a relevant consideration in determining the period of reasonable notice to which a wrongfully dismissed employee is entitled?

That was the issue that the Court of Appeal for Ontario had to answer in the case of Michela v. St. Thomas of Villanova Catholic School, 2015 ONCA 801.

In answering the question “no”, the court could not have been any more succinct or clear: “An employer’s financial circumstances may well be the reason for terminating a contract of employment – the event that gives rise to the employee’s right to reasonable notice. But an employer’s financial circumstances are not relevant to the determination of reasonable notice in a particular case: they justify neither a reduction in the notice period in bad times nor an increase when times are good.”

The facts of the case are largely irrelevant to the point of law under discussion, but by way of context, the appellants in the case were school teachers. They appealed from the January 7, 2015 summary judgment in their wrongful dismissal action against the respondent private school. The motion judge, the Honourable Justice Thomas R. Lederer of the Superior Court of Justice, found that the teachers were wrongfully dismissed and awarded pay in lieu of the six months’ notice he found they should have received. He determined this notice period after taking into account the respondent’s financial circumstances, which had the effect of reducing the reasonable notice period from twelve months to six. The appellants sought to vary the damage award by substituting a twelve-month notice period.

As framed by the Court of Appeal for Ontario, the question to be resolved on appeal was “Are an employer’s financial circumstances a relevant consideration in determining the period of reasonable notice to which a wrongfully dismissed employee is entitled?”

In answering that question in the negative, the Honourable Justice Grant Huscroft, with whom Associate Chief Justice for Ontario Justice Alexandra Hoy, and Gloria Epstein J.A. concurred, wrote the following:

[12] The nature and purpose of notice are well established. Although employees may be dismissed without cause, “employment contracts for an indefinite period require the employer, absent express contractual language to the contrary, to give reasonable notice of an intention to terminate the contract if the dismissal is without cause”: Machtinger v. HOJ Industries Ltd., [1992] 1 S.C.R. 986. Reasonable notice allows employees a reasonable period of time to find replacement work. Damages for dismissal without reasonable notice are designed to compensate employees for the losses incurred during the period of reasonable notice – the amount of wages and benefits that they would have earned had they been permitted to serve out the notice period: see Arnone v. Best Theratronics Ltd., 2015 ONCA 63, at para. 16, leave to appeal refused, [2015] S.C.C.A. No. 140; Taggart v. Canada Life Assurance Co. (2006), 50 C.C.P.B. 163 (Ont. C.A.), at para. 13; and Sylvester v. British Columbia, [1997] 2 S.C.R. 315, at para. 1.

[13] The calculation of the notice period is a fact-specific exercise. The relevant factors are set out in Bardal v. Globe & Mail Ltd (1960), 24 D.L.R. (2d) 140 (Ont. H.C.), at p. 145, and focus on the circumstances of the employee: the character of their employment, their length of service, their age, and the availability of similar employment, having regard to their experience, training, and qualifications.

[14] The motion judge emphasized the “character of the employment” in determining that the twelve-month notice period sought by the appellants should be reduced to six. He reasoned as follows, at paras. 89 and 90:

It should be self-evident that, by its nature, the School could not provide the security of employment offered by larger, more established and better-funded institutions. The teachers must be taken to have understood the circumstances of their employer. Every year, they had to wait until June before the School could be sure of its requirements for the upcoming year…

The three teachers cannot be taken to have been unaware of the circumstances of the School. Whatever their rights to notice, it must be understood that they worked there understanding its circumstances. This cannot be ignored in assessing what is reasonable notice. It is an aspect of the “character of the employment” as referred to in Bardal v. Globe & Mail Ltd... These are facts that are particular to this case.

[15] In my view, the motion judge erred in considering an employer’s financial circumstances as part of the “character of the employment”.

[16] The character of the employment refers to the nature of the position that had been held by the employee – the level of responsibility, expertise, and so on. Historically, courts have drawn a distinction between management and non-management employees in determining notice, and have assumed that the former may require more time to find similar employment than the latter. This court has questioned the validity of this assumption and suggested that the character of the employment is “a factor of declining relative importance”: Di Tomaso v. Crown Metal Packaging Canada LP, 2011 ONCA 469, 337 D.L.R. (4th) 679, at paras. 27-28.

[17] It is not necessary to address this issue for the purposes of this case. It suffices to say that the character of the employment, like the other Bardal factors, is concerned with the circumstances of the wrongfully dismissed employee. It is not concerned with the circumstances of the employer. An employer’s financial circumstances may well be the reason for terminating a contract of employment – the event that gives rise to the employee’s right to reasonable notice. But an employer’s financial circumstances are not relevant to the determination of reasonable notice in a particular case: they justify neither a reduction in the notice period in bad times nor an increase when times are good.

[18] The confusion in this area stems from Bohemier v. Storwal International Inc. (1982), 40 O.R. (2d) 264 (H.C.), cited by the motion judge, at para. 91, to support the proposition that “[u]ncertainty, especially where an employee knows that there are financial concerns, can be a factor in reducing the length of notice that might otherwise be reasonable…” The motion judge quoted the following passage found at p. 268 of Bohemier:

An employee may be dismissed either on reasonable notice or by payment in lieu of notice. The latter alternative is almost invariably selected because, for obvious reasons, it is not helpful to a business to continue to employ a person who has received notice of dismissal. Payment in lieu of notice involves a cost to the employer for which there is no corresponding production or benefit. In my view, there is a need to preserve the ability of an employer to function in an unfavourable economic climate. He must, if he finds it necessary, be able to reduce his work force at a reasonable cost.

[19] However, the key sentence in Bohemier – not quoted by the motion judge – follows on from the passage quoted above, at p. 268:

It seems to me that when employment is unavailable due to general economic conditions, there has to be some limit on the period of notice to be given to discharged employees even if they are unable to secure similar employment within the notice period. [Emphasis added by Justice Huscroft.]

[20] Bohemier does not hold, and this court has never held, that an employer’s financial difficulties justify a reduction in the notice period. It does no more than to hold that difficulty in securing replacement employment should not have the effect of increasing the notice period unreasonably. That is what this court should be taken to have meant when, in its brief endorsement in Bohemier, it said that the lower court judge was right to “tak[e] into account economic factors when considering the case for each of the parties”: (1983), 44 O.R. (2d) 361, at p. 362, leave to appeal to SCC refused, [1984] S.C.C.A. No. 343.

[21] Nevertheless, it is clear that Bohemier has caused some confusion in wrongful dismissal litigation. Most recently, it was relied on in Gristey v. Emke Schaab Climatecare Inc., 2014 ONSC 1798, in reducing an employee’s notice period by one-third as a result of the relatively poor state of the market and the financial health of the employer.

[23] Thus, even assuming that the respondent was suffering financial difficulties when it dismissed the appellants, the motion judge erred in concluding that the period of notice to which the appellants were entitled should be reduced as a result. That conclusion is neither required by the case law nor consistent with the nature and purpose of an employee’s right to notice.

As shocking as this opinion may be for some regular readers, I am going to say that I think the Court of Appeal got this decision wrong. In my opinion, for anyone asking, I believe that the employer’s economic health should be a factor to be considered by the court when assessing reasonable notice.

In providing that opinion I rely on a few points.

First, I take issue with the Court of Appeal for Ontario relying solely on decisions from British Columbia. I am even more concerned when our court does so to essentially overturn decades of Ontario precedent. The same is, most respectfully, a concerning approach by the court.

Second, Ontario law does draw a distinction between employers who are doing well and those who are not. Specifically, the Ontario Employment Standards Act, 2000 requires the payment of statutory severance by only those employers who total payroll exceeds $2.5 million. In that respect, I would submit, Ontario law has already made a policy decision to treat employers differently on the basis of their economic health. How the same was not referenced by the Court of Appeal I cannot say.

Finally, and most importantly, failing to account for an employer’s means to pay a substantial wrongful dismissal award can result in a system whereby the first person out the door is provided with an economic incentive to obtain as much as possible from the employer. If that employer is already struggling, being forced to pay as much for reasonable notice as an employer that is solvent may result in an aggravation of the employer’s financial concerns. The same will produce a death spiral, whereby the employer’s financial circumstances worsen, forcing more employees out, who themselves will make a play for as much notice as possible, until the employer is insolvent. In that case the employees who are last out the door are substantially disadvantaged over those ‘lucky’ enough to be cut during the first waves, when there was money. Anyone familiar with the Nortel experience can attest to this downward spiral.

Nonetheless, barring a decision from the Supreme Court of Canada on this subject, one is stuck with the decision that the Court of Appeal has given us. It is important to note that the concept of “reasonable notice” is judge-made law. As such, decisions such as the one in Michela serve to modify and nuance the law. One may not like or agree with the decision, but it must be followed by Ontario’s lower courts – at least for now.

The takeaway for employees with labour pains is that it is irrelevant whether your employer is struggling. If you are looking out for number one, as one should in such cases, then you should always assess your entitlement to reasonable notice without regard to the impact that your actions may have on your former employer and former colleagues.