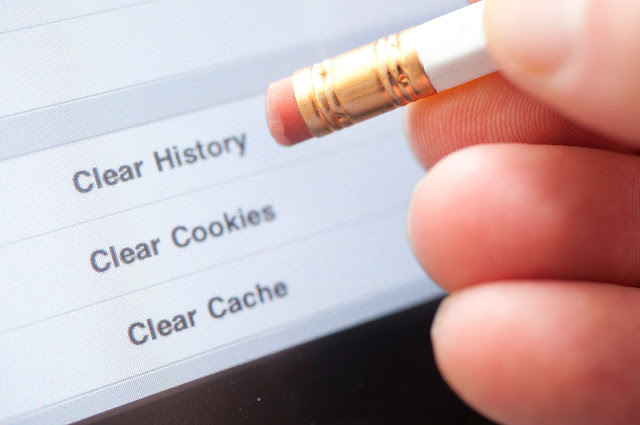 Is deleting your browser history, so as to attempt to conceal the fact that you had visited "adult" websites, in the face of a court order to "preserve all records relevant to a lawsuit" “spoliation” of evidence?

That was one of the questions that the Honourable Mr. Justice Frank J. C. Newbould of the Ontario Superior Court of Justice was asked to resolve in the case of Catalyst Capital Group Inc. v Moyse, 2016 ONSC 5271.

Mr. Moyse was an analyst at Catalyst for a little under two years. He left Catalyst in May 2014 and worked at West Face for three and a half weeks from June 23 to July 16, 2014. It is alleged that at some time between March 14, 2014, when Mr. Moyse first spoke to West Face, and July 16, 2014, when he stopped working at West Face, he gave West Face confidential information regarding Catalyst's strategy to acquire WIND that was used by West Face to structure its bid for WIND.

Of relevance to this post, Catalyst claimed against Mr. Moyse for an alleged “spoliation of documents.”

On July 16, 2014, an interim order was made in the proceedings brought by Catalyst to enjoin Mr. Moyse from working at West Face. The order, consented to by Mr. Moyse, contained a provision that the parties would preserve their records relating to Catalyst and/or related to their activities since March 27, 2014 and/or related to or was relevant to any of the matters raised in the Catalyst action. The order provided that Mr. Moyse was to turn over his personal computer to his legal counsel for the taking of a forensic image of the data stored on it, to be conducted by a professional firm as agreed by the parties, and that he deliver a sworn affidavit of documents setting out all documents in his power, possession or control that related to his employment with Catalyst.

Catalyst alleged that Mr. Moyse engaged in spoliation of documents and that an inference should be drawn that the destroyed evidence that would have been damaging to the defence of Mr. Moyse, and by extension West Face. It argued that the spoliation should detract from the reliability and credibility of Mr. Moyse.

In dismissing the claim in its entirety, including the claim regarding spoliation, Mr. Justice Newbould reasoned as follows:

[135] Spoliation is an evidentiary rule that gives rise to a rebuttable presumption that destroyed evidence would be unfavourable to the party that destroyed it. Catalyst argues that spoliation in this case should be recognized as an independent tort. In argument Catalyst contended that damages could be assessed against Mr. Moyse and that an award covering the costs of the case would be appropriate. Catalyst also contended that West Face would be liable for the same amount on a theory of vicarious liability.

[136] The parties agree that a finding of spoliation requires four elements to be established on a balance of probabilities, namely:

The spoliation inference represents a factual inference or a legal presumption that because a litigant destroyed a particular piece of evidence, that evidence would have been damaging to the litigant.

[138] Thus there must be evidence of a particular piece of evidence that was destroyed.

[140] I will deal with the various claims of spoliation made by Catalyst. The first has to do with Mr. Moyse deleting his browsing history from his personal computer.

[142] Mr. Moyse therefore decided that prior to delivering his computer to his counsel, he would attempt to delete his internet browsing history from his computer. He did not believe that there was anything improper about his doing so as the order did not require him to maintain his computer “as is” for the five days before he was to deliver the computer or to preserve clearly irrelevant files. The focus of the order was to maintain and preserve documents relevant to this action. If the order had required him to maintain the computer “as is”, he would not have used it at all prior to the image being taken. He felt that by deleting his browsing history he was deleting personal information not relevant to the litigation.

[143] He was aware that the mere act of deleting one’s internet browsing history through the browser program itself does not fully erase the record, and that a forensic review of a computer would likely capture some or all recently deleted material. He did some internet searches on how to ensure a complete deletion of his internet browsing history, and many websites said that cleaning the registry following the deletion of the internet history would accomplish this. He purchased two software products from a company called Systweak. The first was software named RegCleanPro which he purchased online on Saturday, July 12, 2014, for the purpose of deleting his internet browser history. On Sunday July 20, 2014 the day before he was to deliver his computer to his lawyers, he ran RegCleanPro software to clean up the computer registry after he had deleted his internet browser history.

Justice Newbould also declined to resolve whether an independent tort of spoliation exists in Ontario.

There is a certain cruel irony that by attempting to conceal his viewing of adult websites, Mr. Moyse has actually drawn considerably more attention to the fact. Had he simply left everything in place one would assume that no mention would ever have been made of the fact that there was some irrelevant web-surfing going on. If Alanis Morissette is reading, which I strongly doubt, this is what irony actually looks like.

In any event, a reading of the decision demonstrates the lengths the parties went to in an attempt to sort out what, if anything, Mr. Moyse had actually deleted, and more to the point, why he had done so. His browser history was relevant as Catalyst alleged that Mr. Moyse was attempting to hide the fact that he had visited DropBox, a file management service on which it was alleged he was surreptitiously hiding files, not that he was only concerned about the fact that he may have used his device to access some of the more risqué parts of the internet.

Although the court in this case could find no legal wrongdoing, there is no mention of how the conversation went with Mr. Moyse’s fiancée.

There are two takeaways from this case for employees.

First, don’t use your workplace-provided device to access websites that you do not want others knowing that you access. While this blog has previously looked at the issue of an expectation of privacy in employer-provided devices, (see: Supreme Court of Canada: Employees’ Rights to Privacy with Work Equipment) it remains a solid “pro tip” to simply keep somethings to yourself.

Second, if you have used your employer-provided device to access sites that you would rather not make public, and if you are now the subject of an order to preserve evidence, seek professional legal advice before you do anything else. Not only could this case have resulted in a finding of spoliation, contempt for a court order could also have been alleged. Neither finding would have been good; it is therefore better for the world to know that you have a kink than to find one’s self on the wrong side of a contempt order.