When the Most Qualified Candidate Does Not Win 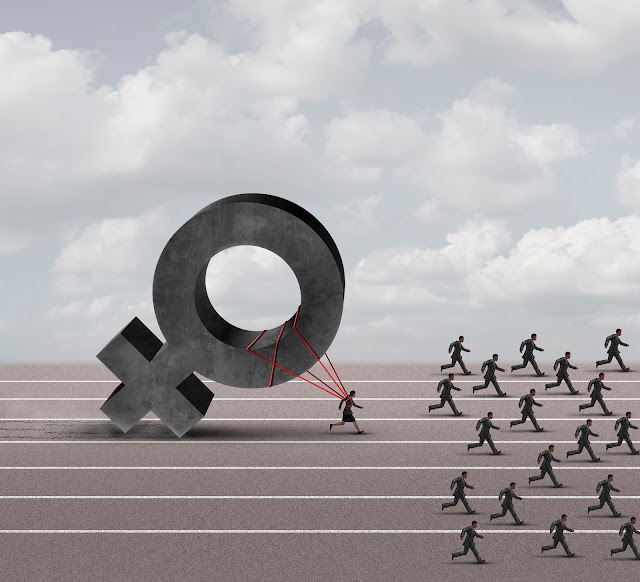 Sometimes the most-qualified candidate for a position is not successful in her application. Where that candidate is also a member of a historically disadvantaged group, suspicions will arise that the candidate’s membership in that group was at least a factor in the decision to award the position to someone else. This suspicion can arise – and be quite legitimate – even in cases where the incumbent is also a member of a different historically franchised group. For example, where a woman is applying for a job currently held by a person of colour.

In cases of private employment, applicants who believe that their membership in a historically disadvantaged group was a factor in the decision to award the position to someone else can make an application to the Human Rights Tribunal of Ontario alleging discrimination in employment.

The case of Hussain v. Ottawa Police Services Board, 2016 HRTO 1386 demonstrates the challenges sometimes inherent in advancing such an argument.

This case involved an application to the Human Rights Tribunal of Ontario (“Tribunal”) alleging discrimination with respect to employment because of race, colour, place of origin, citizenship, ethnic origin, creed and age.

The applicant, who is an immigrant from Pakistan, applied for the position of Evaluation and Research Coordinator with the respondent, the Ottawa Police Services Board. Despite having superior academic credentials and experience, the applicant ultimately finished second in the hiring process to the successful candidate, who was a younger white man.

The respondent’s hiring process is a scored competition. After the respondent screened all the applicants, five candidates proceeded to the interview stage. This consisted of an interview and a presentation that are each scored separately by a three-person panel. The successful candidate is then selected based solely on the results of the interview and presentation, with the candidate who earned the highest overall score being offered the position. In this case, the applicant’s total competition score was only 0.16 points below the successful candidate’s score.

The issue before the Tribunal was whether a discriminatory factor entered into the competition scoring process, which depressed the applicant’s scores on his presentation and/or his interview, or that inflated the successful candidate’s scores, or whether the respondent had provided a legitimate, non-discriminatory explanation for any contested scores.

The Tribunal held that discrimination was not a factor in the overall scoring of the interviews or presentations. The Tribunal found that the successful candidate simply provided better answers in his interview and gave a presentation that was of a higher quality than that of the applicant.

The applicant argued that despite the respondent’s hiring materials consistently referring to the objective of hiring the “most qualified” candidate, the hiring competition resulted in the respondent hiring a candidate who was less qualified on paper than the applicant. The Tribunal acknowledged that the applicant had superior qualifications on paper than the successful candidate. However, the Tribunal stated that it is not uncommon to see candidates with superior qualifications on paper who do not end up performing as well at the interview stage. According to the Tribunal, that is what happened in this case.

The Tribunal stated that it does not dictate to employers what specific hiring process they should use. The only issue for the Tribunal to determine is whether the evidence supports that a discriminatory factor played a role in or contributed to the hiring decision. This was not the case here.

The applicant also contended that because the overall scores of he and the successful candidate were virtually the same, the respondent should have awarded him the position because he is a member of a racialized group. In making this argument, the applicant relied on the respondent’s stated goal of ensuring that it has a workforce that reflects the diversity of the community it serves.

The Tribunal held that the respondent’s stated goal is only a general statement and there is no evidence of a policy in place that requires the respondent to take equity considerations into account when the candidates are equally qualified for the position.

The Tribunal further stated that it is not the role or jurisdiction of the Tribunal to assess whether a better hiring process could be put in place in order to achieve increased diversity.

Ultimately, the application was dismissed.

It is difficult in reviewing the allegations in this case to not see some similarities to the recent US election. If my allusion to the same was not obvious in the introduction to this piece let me now make it patent. The purpose of this post is not to wade into the debate with respect to whether Hillary Clinton’s sex was a factor in the outcome of the election. It was.

Rather, the purpose of this post is to consider the challenge of demonstrating that one’s membership in a disenfranchised group was a factor in a negative hiring decision.

Not every case will be as clear as that of Bouraoui v. Ottawa Valley Cleaning and Restoration, 2014 HRTO 1303 (CanLII), in which the employer sent text messages to the job applicant including one that read, “Try learning English you will have better luck I don’t hire foreners [sic] I keep the white man working.” (Can we all just pause and appreciate the irony of the misspelling of “foreigners” in a sentence criticizing another’s English-language skills.) In that case the Tribunal had no difficulty finding that discrimination was a factor in a hiring decision and awarded the applicant $8,000.

What the Hussain case demonstrates is that simply because an applicant is a member of a class protected by the Ontario Human Rights Code and has better academic qualifications than the person who is ultimately awarded the position, the same does not demonstrate that the Human Rights Tribunal of Ontario will automatically infer discrimination on the basis of that protected ground.

The Human Rights Tribunal of Ontario is a quasi-judicial body. It must apply legal principles and the law. While it may have a reputation for supporting the individual rights of minorities, it will not automatically decide cases in favour of applicants. Applicants must still prove a violation of the law, even if the formal rules of evidence can be somewhat relaxed.

Navigating the Tribunal’s rules can therefore be complicated. Parties to such applicants should be wary of going it alone. Therefore, the best takeaway I can provide is: retain experienced legal counsel before commencing such an application in order to allow you to put your best foot forward at a hearing.

The takeaway for employers from the Hussain case is that employers can legally select the person that they reasonably believe to be most qualified for a position, provided that such reasoning is based on clear, objective, non-discriminatory criteria. It is neither the role nor jurisdiction of the Tribunal to assess whether a better hiring process could be put in place in order to achieve increased diversity.

The takeaway from the Bouraoui case, which is really a textbook example of what not to do, is don’t be a noob. Comments like those made in Bouraoui, which were made in writing no less, are clearly discriminatory and destined to get employers into serious legal trouble.