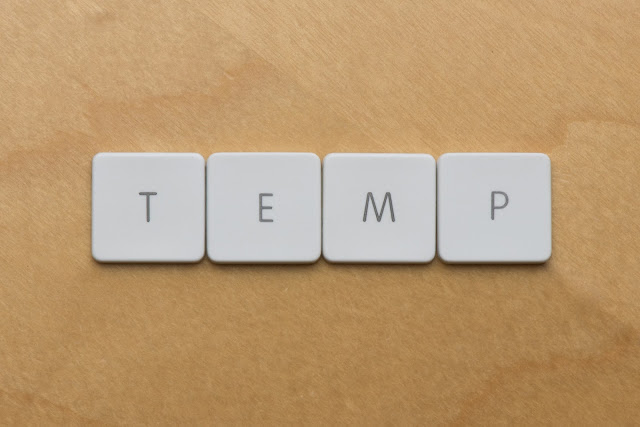 When is a contract to cover someone’s maternity leave a fixed-term employment contract? That was the question that the Honourable Justice Sidney N. Lederman of the Ontario Superior Court of Justice was asked to resolve in the case of Ballim v Bausch & Lomb Canada Inc., 2016 ONSC 6307.

In short, the answer is: While an indefinite contract with a termination clause is just what it sounds, so is a “one-year contract”. The lesson for employers is be careful what words you use.

The plaintiff, Ms. Samina Ballim moved for summary judgment against the defendant alleging wrongful dismissal and breach of contract. The plaintiff’s employment with the defendant was terminated without cause and she was offered some pay in lieu of notice. The issue on the motion and in the case was whether the employment contract was for a fixed or indefinite term.

In or around October 2015, Christine Menezes (“Menezes”), the Sales & Trade Marketing Coordinator of the defendant spoke to Ms. Ballim about possible employment with the defendant to replace Menezes who was going on maternity leave. Ms. Ballim was interested and proceeded to have two interviews, the latter being with Pietre Moniz (“Moniz”), Senior Manager and Business Partner, Human Resources, for the defendant.

On or about November 16, 2015 Moniz sent an email to Ms. Ballim with the subject matter noted as “Offer” stating “It is a one year contract. You will receive benefits.” The email attached an employment agreement and Moniz requested that Ms. Ballim sign and return it to her so that they could get started on getting her a computer.

The employment agreement provided as follows:

Ms. Ballim executed the employment agreement and commenced her employment on the same date.

Just over a month after commencing her employment, during the week of January 4, 2016, Ms. Ballim sought management’s approval for an unpaid leave of absence to travel to South Africa for personal reasons. She indicated that the leave would commence on January 18, 2016 and she would return to her duties on February 18, 2016 or earlier. The defendant approved the Ms. Ballim’s request for a leave of absence on compassionate grounds.

Ms. Ballim in fact took an extended leave of absence as she did not return to work until February 22, 2016. On that day, the defendant informed the plaintiff that her employment was being terminated on a without cause basis.

As Ms. Ballim had been employed for three months, the defendant took the position that she was entitled to one week notice of termination or pay in lieu thereof under the Employment Standards Act, 2000, but stated that on a gratuitous basis it was providing her with two weeks’ pay as well as accrued but unused vacation.

Subsequently, Ms. Ballim obtained new employment in May, 2016 earning an annual salary of $72,000, which was $14,000 more per year than what would have been her annualized salary while employed by the defendant.

Ms. Ballim argued that she had a fixed-term contract of one year with the defendant and she was therefore entitled to recover all damages for the unexpired term of the contract.

The defendant employer argued that the plaintiff was hired for an indefinite term and that she was lawfully dismissed without cause after being provided with pay in lieu of reasonable notice.

After resolving that the case was appropriate for summary disposition, “This is a very straightforward matter with only a single issue to be determined by the court: whether the employment agreement between the parties was for a fixed or indefinite term”, Justice Lederman resolved that the contract was, in fact, a fixed-term employment contract reasoning as follows:

[18] The employee has the onus of establishing that the contract was for a fixed term. The onus is on plaintiff because fixed term contracts are the exception and not the rule. To be fixed, the intention of the parties must be clearly expressed and unequivocal.

[19] The defendant submits that there was no certainty as to the duration of the employment. The plaintiff was hired as a temporary replacement for Menezes on maternity leave. Both the plaintiff and defendant knew it was a temporary contract position. The jurisprudence has shown that in cases of temporary employment covering maternity leave, the contract is of an indefinite term in that Menezes could have returned to work at any point in time: Scott v. Brant United Way, 2010 ONSC 6245 [“Scott”].

[20] The defendant also relies upon the decision in Jakubcak v. Dr. R.A. Melnyk Inc., 2011 BCCA 31 [“Jakubcak”] in which the defendant submits the court faced a similar situation and similarly found that no fixed contract had been created. In that case, the plaintiff was told that she was being hired for a temporary period to cover for an employee on maternity leave. The plaintiff relied on an email that stated, “thank you for taking maternity leave position from December 1/08 to July 30/09” to assert that she had been hired for a fixed term. Upon a review of the evidence, however, the trial judge concluded that the plaintiff had not been hired for a fixed term. In upholding the trial judge’s decision, the British Columbia Court of Appeal explained that the email on which the plaintiff relied, was not conclusive evidence that the contract of employment was for a fixed, as opposed to indefinite term. Further, the evidence of the office manager that she did not intend to employ the plaintiff for a fixed term and would not have agreed to such a term, was relevant evidence properly considered by the trial judge.

[21] The defendant argues that the email from Moniz to the plaintiff similarly is not conclusive evidence of a fixed term contract. This is particularly so given that the attached written employment contract contained no fixed term or guaranteed period.

[22] The defendant also relies upon Beaumont v. Am-Gas Services Inc., [2012] AJ No. 1454 (Prov. Ct.) [“Beaumont”], another case involving an employee hired to cover for an employee on maternity leave. In that case, the court found that the contract was of an indefinite as opposed to fixed term. This was despite it being found to be a “temporary contract position” that was “not to exceed 18 months”.

[23] The cases relied upon by the defendant are distinguishable from the facts in this case. In Scott, the dates of employment were flexible and accordingly, could not constitute a fixed term contract. In Beaumont, the term was for “12-18 months” and the parties agreed that three months’ notice of termination would be given to the employee to obtain another job should the other employee on maternity leave return to work before the end of the 18 months. In Jakubcak, the confirmatory email was sent after the fact, after the plaintiff had accepted the position. Notably in that case, there was no written contract.

[24] As pointed out in Jakubcak at para. 17 “each case turns on its facts.” In the instant case, there was a written contract comprised of both the “employment agreement” and the accompanying email. Upon an examination of the terms of that contract, the following emerges:

(a) the email states it is “a one year contract”;

(c) it stipulates that the plaintiff’s bi-weekly remuneration will be $2,230.77 in 26 installments which is equivalent to an annual base salary of $58,000” (emphasis added);

(d) there is no mention in the employment agreement and email of maternity leave or that the contract can be terminated earlier with or without notice; and

(e) there is no “entire agreement” clause in the employment agreement.

[25] In this contract, there is a start date, November 18, 2015. The plaintiff is to be paid every two weeks in 26 installments consistent with the accompanying email that expressly provides for a one year duration. Although no precise end date is specified, one can readily infer the exact end date as being one year from November 18, 2015. In Howard v. Benson Group Inc., 2016 ONCA 256 (CanLII) [“Benson”], the written employment contract in question there was “for a five year term, commencing September 2012” and although no specific end date is referred to in that judgment, the Court of Appeal readily determined that it was a fixed term contract.

Further applying the Benson decision, about which I wrote in my post Fixed Term Employment Agreements Just got More Expensive and Dangerous for Employers in Ontario, Justice Lederman held the plaintiff was entitled to judgment for all damages arising from the breach of contract for the balance of 38.5 weeks, less the two weeks already paid by the defendant during this period.

I am often asked to prepare one-year contracts for clients. Often when I am asked to do this, I will ask the client why they believe they need a one year contract and I will then very often try to direct them towards an indefinite contract with a set termination provision instead. As I have said countless times, employers in Ontario may terminate an employee’s employment without cause at practically any time, provided that the reason for termination is not unlawful. Therefore, why fuss with a fixed-term contract that may have to be renewed, or worse, may have to be prematurely terminated?

The takeaway for employees with labour pains is to seek professional legal advice before accepting any severance offer. The plaintiff’s employment in this case was for a very short period of time. By applying the ‘rule of thumb’ of one month per year of service, the plaintiff in this case would have sold herself very short. She was prudent to hire an employment lawyer.

My takeaway for employers from this case: Generally, you do not want to use fixed-term employment agreements. No good is coming from them. Instead, as I mention in my commentary, speak with an experienced employment lawyer and then use a solid, well-drafted, written employment agreement with a strong termination provision.