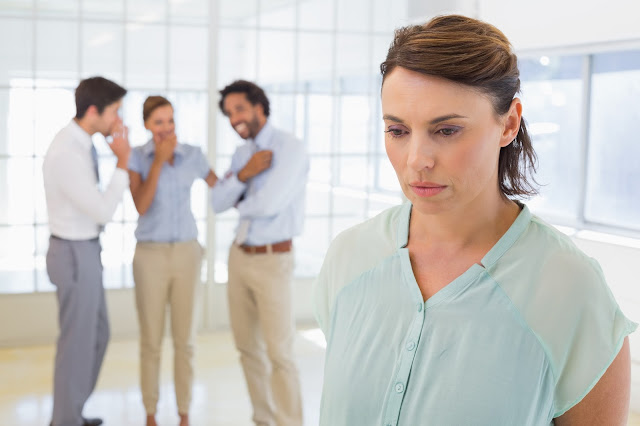 In Ontario, is harassment recognized as a tort upon which a civil cause of action may be based? Put another way, can you sue for workplace harassment in Ontario?

While this blog has frequently argued that the answer to that question is likely “no”, in the case of Merrifield v The Attorney General, 2017 ONSC 1333, released February 28, 2017, the Honourable Justice Mary E. Vallee of the Ontario Superior Court of Justice said “yes.”

The case concerned an RCMP officer, Mr. Peter Merrifield, who sued the service alleging that he had been harassed over an extended period of time for, amongst other things, running for political office. The actual litany of accusations runs several, several pages. I am not even going to attempt to summarize the issues here. Instead, I am going to focus on the court’s legal analysis.

It is important to note that the outset that Mr. Merrifield did not allege a violation of the Ontario Human Rights Code. He did not claim that he was harassed in employment on any of the grounds set out in s.5(2) of the Code (race, ancestry, place of origin, colour, ethnic origin, citizenship, creed, sexual orientation, gender identity, gender expression, age, record of offences, marital status, family status or disability), instead, this was a straight-up harassment claim.

In deciding that the tort of harassment does exist and that it has been recognized as a cause of action in Ontario, Justice Vallee reasoned as follows:

[716] The four cases relied upon by the plaintiff show that the tort of harassment was considered as early as 2006 (Mainland Sawmills) in which the British Columbia Superior Court defined the elements of the tort. Subsequently, in 2013 (Savino), the Ontario Superior Court of Justice allowed for the possibility that the tort did exist. In both 2014 (McHale) and 2015 (McIntomney) the Ontario Superior Court of Justice adopted the elements of harassment as set out in Sawmills. In McIntomney, the plaintiff was awarded damages for harassment.

In defining the elements of the tort, Justice Vallee stated that, the test for harassment is as set out in McHale and McIntomney, and that, in this case, there are four questions to be answered.

(a) Was the conduct of the defendants toward Mr. Merrifield outrageous?

(d) Was the outrageous conduct of the defendants the actual and proximate cause of the emotional distress?

In answering the question, “What constitutes outrageous behaviour in the context of harassment?”, Justice Vallee wrote the following:

[722] The tort of intentional infliction of mental suffering has some overlap with the tort of harassment. It requires that a plaintiff prove that the defendant’s conduct was outrageous and also flagrant. In Boucher v. Wal-Mart Canada Corp., 2014 ONCA 419 (CanLII), 120 O.R. (3d) 431, para 50, the court found that the plaintiff’s supervisor, “… belittled, humiliated and demeaned [Boucher] the plaintiff continuously and unrelentingly, often in front of co-workers, for nearly six months.” This constituted flagrant and outrageous conduct.

[723] The defendants state that the plaintiff has to meet a high threshold to prove outrageous conduct. An objective assessment is required. The term outrageous indicates that the conduct must be grossly offensive.

[724] In Prinzo v. Baycrest Centre for Geriatric Care, (2002), 2002 CanLII 45005 (ON CA), 60 O.R. (3d) 474 (C.A.), Ms. Prinzo worked for the defendant for 17 years and was the manager of the beauty shop. Her management duties occupied approximately 40 percent of her time. The other 60 percent involved hairstyling. Ms. Prinzo was a model employee until a new person, Gates, became her immediate supervisor. In the next year, Ms. Prinzo fell and hurt herself in Baycrest’ s parking lot. She suffered musculoskeletal injuries and was unable to use her right arm. She was off work and receiving physiotherapy treatment. Her treating physician stated that she was medically unfit for any form of work. Subsequently, Frost, an occupational nurse began calling Ms. Prinzo and asking about her return to work. Gates also called her. The trial judge found that the calls were harassing and suggested that she was malingering. Frost told the treating physician that it was necessary for Ms. Prinzo to return to work so that she could be let go.

[725] Ms. Prinzo received a letter from Gates which implied that Ms. Prinzo’s own physician had agreed that she could return to work. This was false. Ms. Prinzo confirmed that her treating physician had indicated that she was totally disabled. Although Ms. Prinzo’s counsel had written a letter to Baycrest requesting that all communication be directed to him, the calls to her continued. Ms. Prinzo later agreed to return to work; however, she was requested to and did attend a meeting in which Baycrest stated that it wanted to talk about her termination. She stated that she was not in a condition to do so. Baycrest said it was concerned that her conduct not cause harm to the residents. The statement was very hurtful and upsetting to her. She subsequently received a letter from Baycrest setting out her last day of employment.

[726] The trial judge held that the “acts of harassment by the employees of the defendant [Baycrest] were so extreme and insensitive that they constituted a reckless and wanton disregard for the health of the plaintiff”. The court commented in para. 60 that the conduct. “may fairly be described as flagrant and outrageous, meeting the first element of the tort.”

For those wondering what the difference between the test for intentional infliction of mental suffering and the test for harassment actually is, Justice Vallee wrote the following:

The court awarded Mr. Merrifield general damages against the defendants for harassment and intentional infliction of mental suffering in the amount of $100,000.

Finally, and before moving to my commentary, it is both interesting and important to note that in addition to her finding that the tort of harassment was a tort on which the plaintiff could sue in this case, Justice Vallee almost made a finding that Mr. Merrifield’s claim for breach of contract was not supported at law because his relationship with the RCMP was governed by statute, not contract. (Paragraphs 820 and 894.) That finding is significant because it disabled Mr. Merrifield’s to claim constructive dismissal from employment, and therefore attach to such claim a claim for aggravated damages – as was suggested in the case of Piresferreira v. Ayotte, 2010 ONCA 384:

[61] In a case in which the employer’s allegedly tortious behaviour includes the termination of the employee, compensation for mental distress is available under the framework the Supreme Court has set out in Honda. In a case in which the employer does not terminate the employee, the employee who is caused mental distress by the employer’s abusive conduct can claim constructive dismissal and still have recourse to damages under the Honda framework. Recognizing the tort [of negligent infliction of mental suffering] in the employment relationship would overtake and supplant that framework and all of the employment law jurisprudence from which it evolved. In other words, in the dismissal context, the law already provides a remedy in respect of the loss complained of here. The recognition of the tort is not necessary.

In declining to award Mr. Merrifield “aggravated” damages, which is the compensation for mental distress available under the framework the Supreme Court has set out in Honda v. Keays, Justice Vallee wrote the following:

[894] I have found that Mr. Merrifield’s claim for breach of contract is not supported at law because his relationship with the RCMP is governed by statute, not contract. He is not entitled to aggravated damages which flow from a breach of contract.

In the end, Mr. Merrifield was awarded $100,000 in general damages, plus $41,000 in special damages (essentially items for which he could provide a receipt, the word “special” is somewhat misleading), plus his costs.

First, it is important to note that I did not read this entire decision before authoring this post. The decision is very long and detailed a considerable amount of, what was found by the trial judge to be, very bad behaviour on the part of the RCMP. I really just focused on the tort of harassment issue.

Second, any regular reader of this blog will know that I have been looking at the issue of “harassment” in the workplace, and one’s ability to sue for it, for many, many years now. In that respect, I was very interested in this decision.

My sense of this decision is really threefold: (1) bad facts make bad law, and it was likely hard for the judge to overlook how the RCMP’s behaviour given the attention that has recently been brought to it; (2) I believe the finding that the plaintiff could not sue for breach of contract, and therefore access the Honda model very likely drove this decision; and (3) this is a trial decision, which will likely be appealed.

Of those three points, it is the second that I think most important. To my mind, the court in this case was looking for a way to compensate the plaintiff for what it saw as horrible behaviour. Given the very peculiar circumstances of Mr. Merrifield’s employment, i.e. that his employment was governed by statute and not contract, the court had to find a way to compensate him via a route other than that available to most workers in Ontario and the tort of harassment was it.

Given such circumstances, and this was not made specific by the trial judge, I am of the sense that this tort may be found to have limited application, i.e., it may only be available to employees in those case where they cannot claim a breach of contract. Maybe I am wrong, but if the Court of Appeal chooses to uphold this decision, that may be a distinction that they amplify.

What is curious, however, is that the judge found it necessary to entertain the tort of harassment analysis at all. Given that she was prepared to award Mr. Merrifield damages for intentional infliction of mental suffering, notwithstanding the fact that Mr. Merrifield declined to call any of his treating physicians to corroborate his claims that he either suffered from the alleged psychiatric and/or physical harms or to testify that the harms are medically and causally linked to the alleged instances of harassment that comprise his claim, and that the amount of general damages awarded account for both torts, one queries why she did not just take the path of least resistance and simply award damages on the basis of intentional infliction of mental suffering.

Do I think that this decision will withstand appellate scrutiny? If it does, then I believe the court will amplify the fact that, on the facts of this case, the plaintiff could not have sued for breach of contract. As to the fact that the plaintiff declined to provide any medical evidence, that will be a different issue.

I am hesitant to suggest that the takeaway for employees is that they can now sue for the tort of harassment. I am not yet convinced, notwithstanding this trial decision, that such a thing exists. If such a thing does exist, I am skeptical of the limits of its application.

That is not to say that employees who are being harassed at work at wholly without options, not at all. However, as this blog has considered on many, many occasions, such cases are not easy and should not be undertaken by one’s self.

The takeaway for employers is that engaging in a protracted harassment campaign is going to come at an expense. Regardless of what the court called it in this case, damages were likely to be awarded.