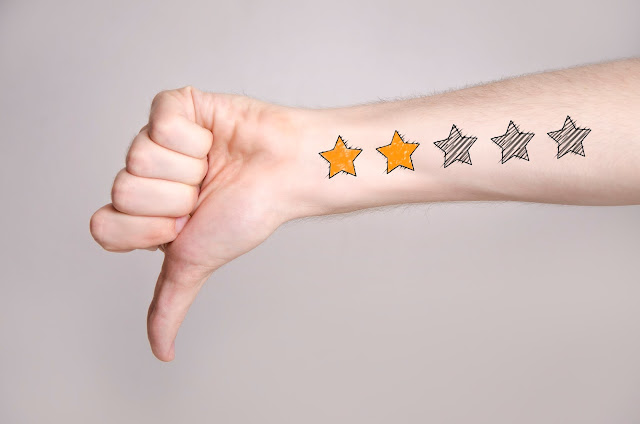 Can an employee sue his former employer in defamation for a poor reference? In a to-the-point decision authored by the Honourable Justice Gisele M. Miller of the Ontario Superior Court of Justice, Papp v. Stokes et al, 2017 ONSC 2357, the answer was not if what was is said is truthful and/or free of malice.

In the result, Justice Miller found that Mr. Papp had not been smeared as a result of an honest, but less than flattering reference.

Adam Papp commenced employment with Stokes Economic Consulting Inc. on March 14, 2011 as a staff economist. He began on a six month probationary period following which he became a permanent employee. Mr. Papp was one of five staff economists when he commenced his employment. They all shared responsibilities within the workplace although Mr. Papp had primary responsibility for preparing the Ontario forecast.

Adam Papp was terminated from his employment at Stokes Economic Consulting Inc. on December 19, 2013. Adam Stokes informed Mr. Papp of his termination.

On December 20, 2013, Adam Papp emailed Ernest Stokes, the president and secretary/treasurer of Stokes Economic Consulting Inc., who was at that time in Florida. In his email to Dr. Stokes Mr. Papp asked if he could put him down as a reference. He also provided a list of the type of work he had done at Stokes Economic Consulting Inc. which he told Dr. Stokes he would like to include in his cover letter and asked Dr. Stokes to let him know if he had any comments. The same date Dr. Stokes replied by email "That is okay".

Adam Papp applied for a job as a Socio-Economic Statistician posted by the Yukon Government in May 2014. He provided two references: Ernest Stokes and another person.

In an email dated June 17, 2014, Amanda Ho advised Adam Papp that he was the first ranked candidate but that she still had to check his references before making an official offer on the position.

On July 2, 2014, Amanda Ho spoke to Ernest Stokes by telephone and asked him a series of questions about Adam Papp. The questions were pre-printed on a form. Ms. Ho made notes of Dr. Stokes responses to the questions as follows:

1. In what capacity did Adam work for you? For how long?

Economic modeling for a couple of years. Let go because he was not needed anymore and a performance and attitdue[SIC] issue.

2. How would you rate his quality of work?

We were not that pleased.

3. Describe how he gets along in a team setting?

Not well. He has a chip.

4. How well does he get along with his co-workers?

a. And his supervisor?

At one time supervised. One time we got along.

5. Is he able to develop good working relationships?

Did not see any eveidence[SIC] of it.

6. What are his strengths?

7. What could he improve on?

The same day, after speaking with Dr. Stokes, Amanda Ho contacted Adam Papp to tell him that he would not be offered the position. Ms. Ho testified that it was because of Dr. Stokes' reference that Adam Papp was "de-certified" for the position.

At trial, Ernest Stokes testified that during the period he was reviewing Adam Papp's work the quality of the work was good but Mr. Papp had behaved in a way he did not like on a couple of occasions. He described Adam Papp coming in one day and aggressively accusing the staff of making him sick. He also recalled the meeting wherein Adam Papp had called everyone stupid. Ernest Stokes testified that he was surprised by this; he did not think that Adam Papp behaved like that all the time. He testified that although he found this behaviour to be inappropriate he did not consider it serious and found no need to reprimand Mr. Papp.

Ernest Stokes testified that in his response to Mr. Papp's December 20, 2013 email he was agreeing to verify to anyone what work Mr. Papp had done at the company and his technical capabilities. Dr. Stokes testified that he had not done a reference interview before, or at least not for a very long time, and expected he would be asked to verify the work Adam Papp had done.

In finding that Mr. Stokes had a complete defence to the claim for defamation, Justice Miller wrote the following:

[68] There is no issue here that that the words spoken by Ernest Stokes to Amanda Ho were defamatory, in the sense that they would tend to lower Adam Papp's reputation in the eyes of a reasonable person; (2) that the words in fact referred to Adam Papp; and (3) that the words were published, meaning that they were communicated to at least one person other than the plaintiff.

[69] These elements having been established, the onus then shifts to Ernest Stokes to advance a defence in order to escape liability.

[70] Ernest Stokes raises the defence of justification - that the statements were substantially true.

[74] I am satisfied on a balance of probabilities that what Ernest Stokes said to Amanda Ho was substantially true. While it is clear that Adam Papp's co-workers made an effort to get along with him while they worked together and made no formal complaint about his behaviour, they did find it difficult to work with him given that they perceived his behaviour towards them as conveying a feeling of superiority on his part. I find that while Adam Papp’s technical ability to do the work assigned him was good, he did not work well in the team setting at Stokes Economic Consulting Inc. I find that this was not confined to his personality differences with Aaron Stokes but extended to Mr. Papp's co-workers as well.

[76] Counsel for Mr. Papp submit that even if Ernest Stokes had an honest belief in what he told Amanda Ho he demonstrated a reckless disregard for the truth as he did not bother to verify what he had been told about Adam Papp's behaviour with Adam Papp himself.

[78] I also find no basis upon which to conclude that Ernest Stokes was reckless. He did not accept at face value what he had been told by Aaron Stokes as he was aware of the differences between Aaron Stokes and Adam Papp. He took steps to verify what he had been told by speaking independently with Anthony Sturgeon and Rob Daniells. He also said what he could to Amanda Ho in respect of Mr. Papp's positive qualities. I find no evidence to support the contention that Mr. Stokes acted with malice.

[79] Having made these findings I am satisfied that Ernest Stokes has a complete defence to defamation, and there is no basis for punitive, exemplary or aggravated damages or damages on the basis of intentional infliction of mental suffering.

While Mr. Papp’s claim for wrongful dismissal damages was allowed, the balance of his claims were dismissed.

The issue of letters of reference and/or verbal references is a frequent source of concern for employees who find themselves suddenly unemployed. What the Papp decision demonstrates is two things: (1) it is likely preferable for employers to refuse to say anything, lest they be sued in defamation; and (2) so long as employers are honest in their comments about their former employees, the court will not impose liability.

The takeaway for employees with labour pains is that they should be very clear about what their potential referees will say about them if called for a reference. Employees who find themselves unemployed may wish to discuss such an issue before proposing a name. Employees should also be prepared to accept that their employer may not be prepared to provide a reference; given cases like Papp, such policies are becoming increasingly common.

In the Disney classic Bambi, Thumper the rabbit provides the following advice, “If you can't say something nice, don't say nothing at all.” While the employer in this case won, they still had to go through the case.

A lot of employers now refuse to provide anything more than confirmation that the employee worked for the employer; after reading cases like this, one can see why.