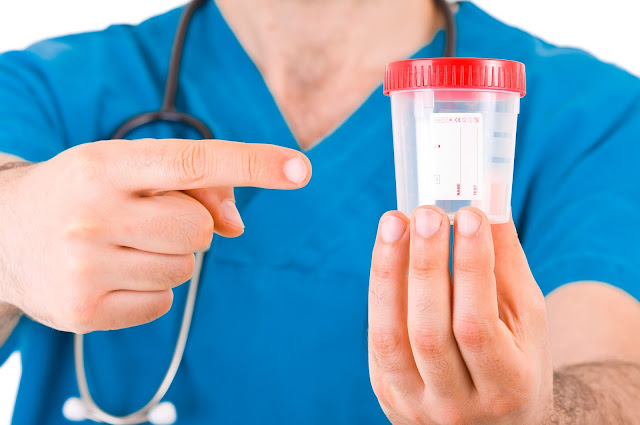 In yet another case to look at the issue of random drug and alcohol tests, Amalgamated Transit Union, Local 113 v Toronto Transit Commission, 2017 ONSC 2078 (CanLII), Associate Chief Justice of the Ontario Superior Court of Justice Frank Marrocco ruled that the TTC could continue its program of random testing pending the resolution of a labour grievance filed by the union.

In September 2008, the TTC approved implementation of what it called a “Fitness for Duty Policy”. The policy did not take effect until October 17, 2010.

The Policy intends to achieve this goal by requiring that TTC employees and senior management be mentally and physically fit to perform their assigned tasks without any limitations resulting from, among other things, the use or effects of drugs or alcohol. The Policy allows for the identification of individuals who create safety risks in the workplace due to drug or alcohol use and for the treatment and return to work of employees with substance abuse disorders. It also provides for disciplinary action against employees in defined circumstances.

The Fitness for Duty Policy did not initially provide for random drug and alcohol testing. However, when the Policy was introduced, the TTC advised the ATU that it reserved its right to implement random testing.

After the TTC announced its Fitness for Duty Policy but prior to it taking effect, the ATU filed a policy grievance under its Collective Agreement. In the normal course, the policy grievance was referred to arbitration, which started on March 8, 2011. Even though six years had elapsed, the arbitration was not completed. The ATU has not yet completed its case and the TTC’s case had not yet even started.

The ATU’s position before the Arbitrator is that the entire Fitness for Duty Policy is contrary to the Collective Agreement and the Ontario Human Rights Code, R.S.O. 1990, c. H.19.

On October 19, 2011, the TTC amended the Fitness for Duty Policy to require random drug and alcohol testing.

The TTC advised the ATU that random testing would apply to employees in safety-sensitive, specified management, senior management and designated executive positions including that of the Chief Executive Officer.

Employees randomly selected for testing would be subjected to an alcohol breathalyzer test and an oral fluid drug test.

Administration of breathalyzer tests and the collection of oral fluid samples would be carried out by qualified and trained technicians from DriverCheck Inc., a company that provides alcohol and drug testing services to more than 5000 employers in Canada; 3600 of whom rely on it for random drug and alcohol testing.

Under the Fitness for Duty Policy, an alcohol test result of .04 blood alcohol concentration (BAC) or higher is classified as a positive alcohol test and constitutes a violation of the Policy. So, does a positive oral fluid drug test. A positive oral fluid drug test is one in which the laboratory analysis determines that the sample tested contains a drug at or above a specified cut-off level and the Medical Review Officer, following a review, reports that the drug test result was positive.

A failure to submit to a random test is a violation of the Policy.

A TTC employee testing positive will be in violation of the Policy and considered unfit for duty.

Oral fluid drug testing results are not immediately available, so the Policy provides that employees will return to work after testing, so long as their breathalyzer test result is less than 0.02 BAC. Employees who have an alcohol test result between .02 and .039 BAC will be removed from duty until it is safe for them to return to work and will be subject to progressive discipline.

Justice Marrocco noted that, whether the experts completely agree on this point or not, the evidence established to his satisfaction that the substances covered by the TTC Fitness for Duty Policy can impair the psychomotor and cognitive abilities of persons under the influence of those drugs.

Finally, Justice Marrocco further noted that the TTC oral fluid drug cut-off levels are higher than those currently proposed for the same drugs in the draft Mandatory Guidelines for Federal Workplace Drug Testing Programs by the U.S. Substance Abuse and Mental Health Services Administration (SAMHSA Guidelines). For example, a TTC employee would test positive and therefore be unfit for duty with an oral fluid concentration of cocaine at or above 50 ng/mL.; a TTC employee with an oral fluid concentration of cocaine less than 50 ng/mL will test negative and be considered fit for duty. Under SAMHSA Guidelines, an employee will be unfit for duty at an 8 ng/mL oral fluid cocaine concentration.

Although it appears at paragraph 98 of Justice Marrocco’s reasons for decision, the following statement crystalizes the issue that was before the court:

The first question the court had to answer on the injunction application was whether the union would suffer “irreparable harm” if the injunction was not granted. Justice Marrocco found that they would not, which was dispositive of the motion. In making such a decision and in describing the contextual circumstances surrounding the TTC’s decision to implement a random testing policy, Justice Marrocco made the following observations:

[33] First, external candidates interested in working for the TTC in a safety sensitive or designated management or executive position must pass a pre-employment urinalysis test for drug use.

[40] I am satisfied that the negative attitude of TTC’s employees towards working with individuals who test positive for alcohol or drugs, as described by Mr. DiNino, is one of the circumstances surrounding the respondent’s decision to institute random drug and alcohol testing. Accordingly, I am satisfied that TTC management and its employees, both of whom assist people in making approximately 1.8 million journeys on the TTC’s subway, buses and streetcars every day, expect that steps will be taken to make sure that those in safety critical positions are fit for duty. This safety concern will reasonably diminish their expectation of privacy concerning their drug and alcohol consumption.

[41] … the nature of the workplace is also part of the circumstances surrounding the respondent’s decision to institute random drug and alcohol testing. In Irving Pulp and Paper the workplace was a pulp and paper mill. In this case the workplace includes the subway, buses and streetcars that travel throughout the city. The workplace genuinely is Toronto itself.

[54] The Policy has a treatment component. … the TTC retained IWS [Integrated Workplace Solutions] to provide substance abuse professional services to support the Fitness for Duty Policy. Mr. Gardiner indicated that IWS would continue to provide the services following implementation of random drug and alcohol testing. Pursuant to its agreement with the TTC, IWS substance abuse assessments are provided by physicians specializing in addiction medicine. Mr. Gardiner indicated that the TTC can refer an employee for an assessment following a violation of the Fitness for Duty Policy, a positive drug or alcohol test result, or an employee’s voluntarily declaration of a substance use problem. Disclosure of any recommendations made to the employee by the substance abuse professional can only occur with the employee’s consent.

[63] In short, I am satisfied that the Fitness for Duty Policy is reasonably tailored to its stated health and safety purpose.

In ultimately rejecting the application for an injunction to prevent the random drug and alcohol testing, Justice Marrocco wrote:

[153] After considering all the evidence, including the evidence to which I have referred, I am satisfied that, if random testing proceeds, I will increase the likelihood that an employee in a safety critical position, who is prone to using drugs or alcohol too close in time to coming to work, will either be ultimately detected when the test result is known or deterred by the prospect of being randomly tested.

[154] This will increase public safety.

[155] To the extent that refusing the injunction results in, if the applicants are ultimately successful at the arbitration, an invasion of an employee’s reasonable expectation of privacy, the person concerned can be compensated with damages.

[156] Accordingly, I am satisfied on the evidence that the balance of convenience favours the respondent on this motion and I would have refused this motion on that basis.

The application for the injunction was dismissed, meaning that the TTC was permitted to continue its random testing. The parties had agreed that costs in the amount of $100,000 would be reasonable; Justice Marrocco agreed.

The first thing to observe with respect to this case is that, according to media reportsb, about 2% of 1,269 employees tested in the first six months of testing tested positive for drugs or alcohol. Of those, half tested positive for cannabis. Five employees failed the test due to alcohol and 17 failed for various drugs.

The second thing to observe is that a different approach was taken by the Alberta court. In Unifor, Local 707A v Suncor Energy Inc, 2017 ABQB 752, Mr. Justice R. Paul Belzil of the Alberta Court of Queen’s Bench granted an Injunction prohibiting Suncor Energy Inc. from implementing a policy of random drug and alcohol testing at its mine site north of Fort McMurray, Alberta.

One most also be mindful of the decision of the Supreme Court of Canada in Stewart v. Elk Valley Coal Corp., 2017 SCC 30 (CanLII), about which I blogged in my post Supreme Court Upholds Termination for Violation of Anti-Drug Policy.

Finally, with the impending legalization of cannabis one cannot help but believe that the issue of random drug testing will be the issue of employment law for the next decade. Absent extraordinarily clear guidance from either the legislature or the Supreme Court, litigation seems inevitable.