Accommodations of Disability Not Carved in Stone 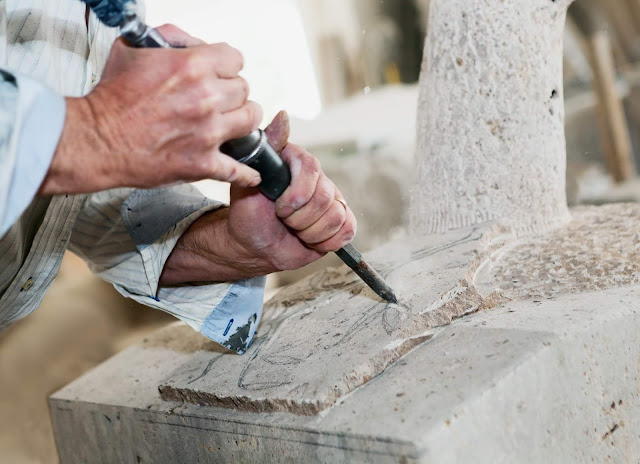 The case concerned an application for judicial review of an arbitration award dated May 2, 2018, in which the arbitrator upheld a grievance and found that the City had breached its duty to accommodate a disabled employee.

The employee at issue, the “grievor” was only able to work part-time because of his disabilities. However, the City had permitted the employee to remain in the full-time bargaining unit for a number of years, with access to better benefits than those available to part-time employees. The arbitrator held that the City discriminated in transferring the grievor to part-time status, because it had failed to demonstrate a change in circumstances or undue hardship.

In 1999, the grievor was no longer able to work full-time because of his disabilities. He began to work a four day week, but remained in the full-time bargaining unit. The sick plan then in effect allowed him to draw one day a week from his sick bank as income replacement for the day he did not work. After he depleted his sick bank, the grievor was not paid for the day he did not work.

The City and the Union entered into a new collective agreement in July 2009 that included a new Illness or Injury Plan (“IIP”) for employees hired after July 31, 2009. Employees hired prior to this date and who had been subject to the previous sick plan were allowed to opt into the IIP, and the grievor did so. The new plan allowed the grievor to receive pay for 26 weeks a year when he was absent for health reasons, with the result that he was paid for five days a week when he was working fewer days because of his disabilities.

In January 2016, just after the expiry of the collective agreement with the Union, the City put the Union on notice that it was discontinuing its past practice with respect to part-time employees working in the full-time bargaining unit who had no reasonable expectation of returning to full-time hours. After a new collective agreement was signed, the City advised its managers and the Union that its past practice of permitting part-time employment within the full-time unit would cease in September 2016. The City would provide a two-year transitional period during which an employee could work part-time while remaining in the full-time unit. If the employee was not able to resume full-time hours at the end of this period, he or she would be transferred to the part-time unit.

As a result of this change in practice, the grievor was placed in the part-time program for two years. While in that program, he would be required to pay a pro-rated portion of his extended health care and dental benefit coverage. In addition, his vacation pay, IIP sick days and pensionable service would be pro-rated.

The grievor filed a grievance, resulting in the arbitration award under review. The arbitrator allowed the grievance, ordering the City to return the grievor to his status in the full-time unit with full compensation.

With respect to the issue of discrimination, the arbitrator concluded that the transfer of the grievor from full-time to part-time status “in and of itself, did not contravene” the Human Rights Code. She also found that the City had met its duty of reasonable accommodation by allowing the grievor to work part-time hours while remaining in the full-time unit. Indeed, she stated:

It has, to an extent greater than that strictly required, accommodated him for a period longer than any reported in a similar case. It has accommodated him more comprehensively than it was required by law to do, by maintaining his status in the full-time bargaining unit, and enabling his access to paid benefits and pension.

The arbitrator then held that the City could not alter the grievor’s existing accommodation without demonstrating a change in circumstances and without proof that continuation of the accommodation would amount to undue hardship. As the City had not established a change in circumstances or undue hardship, she held that the City had violated s. 17 of the Code. The arbitrator stated:

(1) A right of a person under this Act is not infringed for the reason only that the person is incapable of performing or fulfilling the essential duties or requirements attending the exercise of the right because of disability.

(2) No tribunal or court shall find a person incapable unless it is satisfied that the needs of the person cannot be accommodated without undue hardship on the person responsible for accommodating those needs, considering the cost, outside sources of funding, if any, and health and safety requirements, if any.

(3) In determining for the purposes of subsection (2) whether there would be undue hardship, a tribunal or court shall consider any standards prescribed by the regulations.

[19] The arbitrator correctly stated that she was bound by the Court of Appeal’s decision in Ontario Nurses’ Association v. Orillia Soldiers Memorial Hospital (1999), 42 O.R. (3d) 692 (“Orillia Hospital”). However, she candidly expressed her preference for a different approach that had developed in the arbitral jurisprudence, but was rejected by the Court of Appeal in Orillia Hospital.

[21] The Court also held that even if a disabled employee is the subject of constructive discrimination within s. 11 of the Code because he or she does not receive employer contributions to benefits, “[r]equiring work in exchange for compensation is a reasonable and bona fide requirement” (at para. 58). The Court explained that accommodation refers to workplace adjustments to allow the employee to work (at para. 55):

The duty is on the employer to take all steps short of undue hardship to accommodate the needs of the person discriminated against so that they can compete equally with the other employees.

In reviewing the arbitrator’s decision, Justice Swinton wrote the following:

[22] In the present case, the arbitrator concluded that the City had met its legal duty to accommodate the grievor’s disabilities, and had indeed gone beyond the strict legal requirements by keeping him in the full-time bargaining unit while he was working part-time hours.

[23] At this point of her reasons, one would have thought that the logical conclusion would be that the grievance must fail… In accordance with Orillia Hospital, the employer does not discriminate by failing to provide the added benefits to which a full-time employee is entitled to a person working part-time hours, even if the person is working part-time because of disability. The difference in treatment with respect to compensation and benefits is because of the number of hours worked, not because of disability, and the employer is not required to compensate the disabled employee for time not worked.

[24] However, the arbitrator did not stop her analysis here. She decided that the accommodation that had been provided to the grievor was “the provision of part-time hours within the full-time agreement, and continuation of the paid benefits and pension calculation of a full-time member”. She then created a new test to be applied in respect of s. 17 of the Code when an employer changes an existing accommodation:

[25] This test was not advanced by the Union in its argument before the arbitrator. Both counsel for the City and the Union in the hearing before this Court stated that they could find no case law supporting this test.

In finding the arbitrator’s decision unreasonable, Justice Swinton provided the following reasons on behalf of the court:

[26] In my view, the arbitrator erred in adopting and applying [the test set out in paragraph 24] and reached an unreasonable conclusion for a number of reasons. First, this was not a test put forth by the parties, nor was it fully argued before her.

[27] Second, there is no jurisprudence to support this test. Her task was to apply s. 17 of the Code in light of the Court of Appeal’s holding in Orillia Hospital. According to that case, the requirement to provide work in return for compensation is a reasonable and bona fide occupational requirement. Thus, to be eligible for the benefits plans and employer contributions under the full-time collective agreement, the grievor had to demonstrate a reasonable expectation that he would be able to work full-time, and he could not do so. Thus, he did not meet the bona fide occupational requirement – performance of work – that would entitle him to the added benefits.

[28] Third, this case does not turn on the scope of the duty to accommodate or undue hardship. Accommodation had been provided for the grievor in the form of part-time work because he was not able to work full-time hours because of his disabilities. As the Supreme Court of Canada observed in Hydro-Québec v. SCFP-FTQ, 2008 SCC 43 (CanLII), [2008] 2 S.C.R. 561 at para. 15:

However, the purpose of the duty to accommodate is not to completely alter the essence of the contract of employment, that is, the employee’s duty to perform work in exchange for remuneration.

[29] Fourth, the arbitrator not only fails to cite authority for this new test; she also reaches a conclusion that is inconsistent with other arbitration decisions applying Orillia Hospital …

[30] Given my conclusion that the arbitrator’s decision respecting discrimination was unreasonable, it is not necessary to deal with the City’s alternative argument - that she failed to consider the evidence that would support the City’s claim of undue hardship and would demonstrate a change in circumstances.

In the result, the application for judicial review was granted, and the arbitration award was quashed.