Discretion to Depart from R.49 Costs Presumption Not Unfettered: ONCA 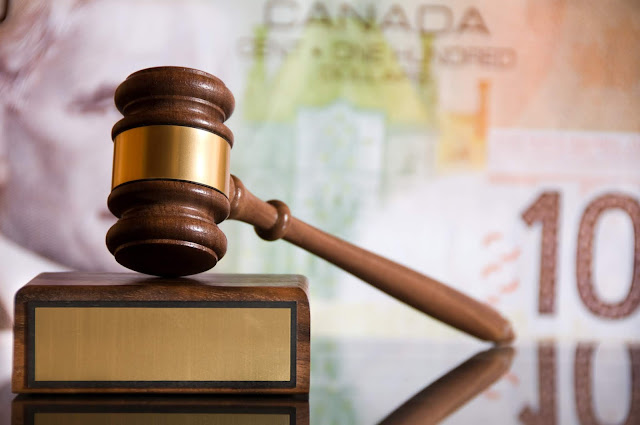 Does a trial judge have absolute, unfettered discretion in awarding the costs of a proceeding? To what extent does the fact that one of the parties made an offer to settle play a role in fettering the trial judge’s discretion?

In Barresi v. Jones Lang Lasalle Real Estate Services Inc., 2019 ONCA 884, the Court of Appeal for Ontario (Feldman, Fairburn and Jamal JJ.A.) held that, “The discretion to depart from the presumption as to costs in r. 49.10(1) is not unfettered and must be exercised in accordance with the purpose of the rule.” The case thus stands as an important reminder of the import of that rule.

The appeal came before the court following the decision of the Honourable Catherine D. Aitken of the Ontario Superior Court of Justice to award a successful plaintiff substantially less than that to which he otherwise would have been entitled for costs, given the application of the Rule 49. Justice Aitken’s reasons for decision are reported at Barresi v. Jones Lang Lasalle Real Estate Services Inc., 2018 ONSC 2579.

As summarized by the Court of Appeal in its reasons for decision, “The trial judge accepted that the respondents’ [Note: Because the plaintiffs had been successful at trial, and the defendant appealed the decision on the merits, the plaintiffs were the “respondents” on appeal.] declaratory judgment for the forgiveness of the $225,000 loan was more favourable than the terms of their offer to settle, thereby triggering a presumptive entitlement under r. 49.10(1) to partial indemnity costs to the date of service of the offer and substantial indemnity costs thereafter. This would have resulted in the respondents receiving $105,288 for fees and $6,000 for disbursements. But the trial judge exercised her discretion to award the respondents only $34,000 for fees and $6,000 for disbursements because: (1) success was divided, as the respondents’ negligent misrepresentation claim had been dismissed; (2) she found that Barresi had acted unreasonably during the litigation process.”

On appeal, it was argued that the trial judge had erred in her decision to depart from the presumptive rule contained within Rule 49. The factum filed in support of such appeal is available, in full, here: Factum of The Appellants by Cross-Appeal Re: Costs.

Chief among the submissions made on appeal was that, Rule 57.01 imposes a positive obligation on the court awarding costs to consider an offer to settle before exercising its discretion under section 131 of the Courts of Justice Act. The words “in addition to” in the preamble to Rule 57.01 have a purpose. By comparison, the application of the “Rule 57.01 factors” is deemed by the Rules to be optional. The Rule only provides that the court “may” consider the factors so enumerated. The inference to be drawn from this distinction between a prescriptive requirement (and related presumptive entitlement) and optional discretionary power is that the consideration of any offer to settle is of paramount importance to any of the Rule 57.01 factors.

In granting judgment in favour of the Respondents/ Appellants by Cross-Appeal, the Court of Appeal provided the following reasons for decision:

[18] Thus, this court has ruled that “resort should only be had to the exception where, after giving proper weight to the policy of the general rule, and the importance of reasonable predictability and the even application of the rule, the interests of justice require a departure”: Niagara Structural Steel, at p. 777.

[19] Here, the trial judge departed from the presumption in r. 49.10(1) on the basis that Barresi had acted unreasonably because he could not recall signing the Agreement; he had provided his evidence in a confusing fashion; and he had been tardy in providing answers to undertakings. She also found that success at trial was divided. In our view, in this case, none of these reasons justified departure from the presumption in r. 49.10(1).

[20] First, it was an error in principle and plainly wrong for the trial judge to depart from the presumption in r. 49.10(1) on the basis that success at trial was divided in this case. An offer to settle often involves compromise, premised on the notion of divided success in order to avoid trial. Here, the claim that did succeed at trial — the $225,000 loan that was forgiven — was more favourable than the offer to settle, and therefore triggered r. 49.10(1). As this court has noted in Skye v. Matthews (1996), 87 O.A.C. 381 (C.A.), at para. 17, “[t]here is nothing in the offer to settle rules, or the relevant policy considerations, which suggests that eligible offers should be viewed on an issue by issue basis.” Once the respondents obtained a judgment more favourable than their offer to settle, thereby triggering the presumption in r. 49.10(1), the trial judge erred by essentially relying on the extent to which the judgment was more favourable than their offer as a basis to rebut that same presumption. Relying on divided success to rebut the presumption in r. 49.10(1) would mean that successful parties would obtain the higher costs contemplated by r. 49.10(1) only if they obtain a judgment that is more favourable than their offer to settle by a sufficiently wide margin. This would frustrate the reasonably predictable application of the rule and distort the incentives to induce settlements and avoid trials.

[21] Second, the trial judge contradicted her own comments about litigation misconduct. Elsewhere in her reasons, the trial judge found that while “Barresi was a tentative witness with a poor memory”, she accepted that “he was not making a conscious effort to mislead the court”. He simply could not recall details of certain relevant events but did not deny them. Where the court finds that a litigant simply has a poor memory and is not misleading the court, there is no litigation misconduct, and therefore it cannot be said that the interests of justice require a departure from the presumption in r. 49.10(1).

[22] Finally, in this case, providing late answers to undertakings during discovery did not in itself justify departure from the presumption in r. 49.10(1). While we accept that “the conduct of a successful party may nullify the salutary effect of an offer to settle” (Orkin, at §214.6), the impugned conduct here was not sufficiently serious and occurred well before trial. To allow such conduct to forestall the cost consequences under r. 49.10(1) would again defeat the policy and incentives of the rule, because it would mean that no offer to settle could have resulted in the higher scale of costs in this case.

This case brings into sharp focus the tension and conflict between the principle that trial judges generally have the discretion to award costs (c.f. section section 131(1) of the Courts of Justice Act) and the fettering of that discretion by other rules of the court. It is important to note that section 131(1) of the CJA reads as follows, “Subject to the provisions of an Act or rules of court, the costs of and incidental to a proceeding or a step in a proceeding are in the discretion of the court, and the court may determine by whom and to what extent the costs shall be paid.”

What the Barresi decision reinforces is the principle established in Niagara Structural Steel that, “resort should only be had to the exception where… the interests of justice require a departure.”

Finally, what I hope this case stands for is the proposition that, “Where a party has taken a good, hard look at its case and made a reasonable offer to settle, and that offer is rejected by a party insistent on trial, the party demonstrating prudence should be rewarded: Such is the intent and purpose of Rule 49 and the cost consequences associated with the same.”