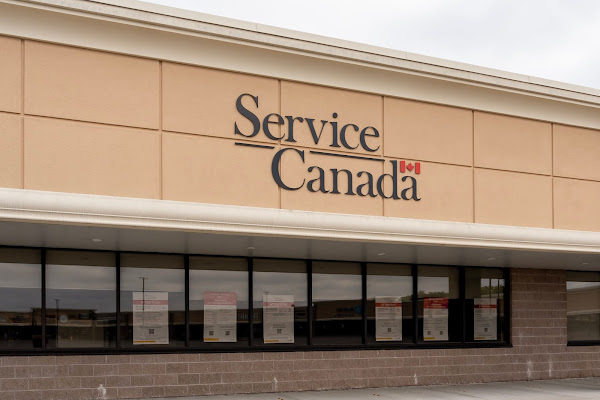 Are amounts received under the Canada Emergency Response Benefit (“CERB”) a set-off against wrongful dismissal damages?

It would appear that the answer to the question still depends on which judge you ask.

The matter at issue comes out of a wrongful dismissal case, in which the court found that the employer had constructively dismissed the plaintiff employee in March 2020 when it laid him off. After running the usual analysis, which included commentary on the state of the economy given the prevailing pandemic, the court found the reasonable notice period to be 22 months.

With respect to the issue of the proper calculation of damages, the plaintiff argued that the payments he received from CERB should not be deducted from any damage award. The defendant argued the other point.

Decision of the BC Supreme Court

Justice Gerow provided the following reasons for her decision that the CERB amount should be deducted from the damages award:

[89] The governing principle in damages for wrongful dismissal is that the employee should be put in the economic position he would have been had reasonable notice been given. There are exceptions to the strict application of this principle of contract law: IBM Canada Limited v. Waterman, 2013 SCC 70 at para. 2‑3, 16.

[91] The Court found that the pension benefits in issue were not deductible because they were a form of deferred compensation for the employee’s service and were not intended to compensate for wage loss. The court a para. 32, stated that in determining the question of whether a benefit that would result in compensation to the employee beyond his or her actual loss should be deducted, it must first be determined if the benefit would not have been received “but for” the employer’s breach, and whether the benefit is intended to indemnify the type of loss arising from the breach.

[92] In Waterman at para. 44- 47 and 56, the court discussed the private insurance exception, and distinguished two cases in which the exception was not applied to sick leave benefits and disability payments. Generally, benefits received from private insurance payments are not deducted from damage awards. In the two cases where the benefits were deducted it was found that the benefits were intended to be an indemnity for the type of loss that resulted from the employer’s breach but the employee had not contributed in order to obtain the entitlement: Sylvester v. British Columbia, 1997 CanLII 353 (SCC), [1997] 2 S.C.R. 315; and Ratych v. Bloomer, 1990 CanLII 97 (SCC), [1990] 1 S.C.R. 940.

[93] The only authority I have been provided with dealing with CERB payments is the case of Iriotakis v. Peninsula Employment Services Limited, 2021 ONSC 998. The court at para. 21 found that the CERB paid “was considerably below the base salary previously earned by the plaintiff to say nothing of his lost commission income”. The plaintiff received a base salary of $60,000 but his compensation for his last year of employment was $145,186.30, including commissions. The court declined to deduct the CERB payments, finding that it would not be equitable to reduce the employee’s entitlement to damages given his limited entitlement from the employer post-termination relative to his actual pre-termination earnings.

[101] But for his dismissal, the plaintiff would not have received the benefit. The nature of the benefit is an indemnity for the wage loss caused by the employer’s breach of contract. There is no evidence that the plaintiff contributed to obtain the benefit by paying for it directly or indirectly.

[102] In my view, this case is distinguishable from Iriotakis where the CERB payments were not deducted. In Iriotakis, the plaintiff was terminated after 28 months. The court determined the reasonable notice period was three months, and determined that on the specific facts of the case, particularly the disparity between the payments and the employee’s loss of salary and significant loss of commission, it would not be equitable to reduce his entitlement to damages by the CERB payments. In Iriotakis, the employment contract provided the plaintiff was not entitled to commission income upon termination. The evidence in Iriotakis was that the plaintiff’s salary on which his past wage loss was based amounted to less than half of his actual income.

[105] The CERB payments are not private insurance, and neither the employer nor the employee contributed to them. As a result, they are not delayed compensation or part of the plaintiff’s earnings. There is no evidence that the plaintiff will have to repay the CERB.

[107] As a result, I see no basis to depart from the general rule that contract damages should place the plaintiff in the economic position he would have been in had the defendant performed the contract.

[108] Having considered the case law and the evidence, I have concluded the CERB benefits of $14,000 should be deducted from the award of damages.

I can already hear the refrain from “taxpayers” about contributing to the CERB, “From whence do you think the government got the money to make the payments?!” And I get that. money doesn’t fall from the sky, the government isn’t a for-profit business and so someone had to contribute towards the fund that made CERB happen. But that’s not really going to work, I don’t think. At least, not for the private insurance exception analysis.

For employers, there is appeal to this decision, because it means it cost them less money to terminate someone than it otherwise would have. Was the same a consideration of the government when passing CERB? I don’t know, but it does align with the general spirit of all such government relief: keep as many businesses operating as possible. And so is the BCSC’s decision correct? I think so.

Have a question about the interplay between wrongful dismissal and CERB? Have questions about your rights and obligations with respect to COVID generally? I can help.