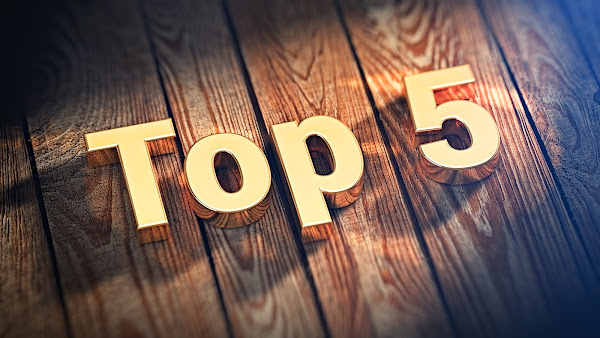 2021. Or 2020 version 2? I don’t know. 2021 was an interesting year with the pandemic absolutely a constant factor in everything we did, but also some return to normalcy.

In reviewing the decisions released this year, I was struck by how many of them actually had absolutely nothing to do with COVID. A fact that is somewhat hard to believe given its ubiquitous nature.

But, the point of this blog post is to consider what I consider to be the “Top Five Cases of Importance to Ontario Employment Law.” I have produced such a list since 2012:

In 2014, I established my criteria for crafting a top five list. Those criteria are as follows:

Second, the decision must have a considerable impact on employment law.

A lot happened this year. And, while cases concerning COVID and the right of employers to impose vaccine mandates dominated headlines, not a lot of judicial consideration on this point quite yet. Justice Dunphy’s decision in Blake v. University Health Network, 2021 ONSC 7139, declining to grant an injunctive order preventing the UHN from suspending those who refused to be vaccinated is interesting, but also limited given its procedural nature. The labour decisions on this point remain at the arbitrator level and a bit over the map. I’m not getting into this issue now.

Lamontagne v. J.L. Richards & Associates Limited, 2021 ONSC 2133, the first judicial decision of which I am aware to cite this blog will always hold a special place for me- but its impact on the law is a touch muted.

Hawkes interprets a fundamental component of the Employment Standards Act, 2000: whether the $2.5 million payroll criterion for the payment of statutory severance applies to an operation’s global operations or only considers the company’s Ontario-based payroll.

For some reason, the question has plagued the Ontario legal system for years with divergent interpretations of the legislature’s intention. With Hawkes I am hopeful we now have a final answer, which lays this question to rest.

Original Post: “It's Too Late to Apologize” Court of Appeal Finds Refusal to Apologize For Inappropriate Conduct Just Cause for Termination of Employment

Hucsko is important for two reasons. Fist, it highlights the increasing role workplace harassment investigations are playing in the employment sphere. Second, it highlights an issue about which I have been saying a lot recently: the difference between common-law cause for termination and statutory wilful misconduct. I will revisit that second theme in my consideration of other cases.

With respect to the issue of harassment, the Court of Appeal’s decision in Hucsko is a cautionary tale for persons who may wish to employ outdated idioms. While the employer in this case did not find the employee’s actions initially warranted termination, his failure to apologize for those actions was later, successfully used to ground a termination of employment for cause. And, while the trial judge found that the employer did not have cause for summary dismissal, the Court of Appeal was having none of it, finding that the employer did have cause for summary dismissal. The disparity between where the case started and where it finished is striking.

I have been writing about the Morningstar case for years now. I named the WSIAT’s decision in Ms. Morningstar’s case my Number Four case of importance in 2019.

Morningstar addresses the question of whether employees, subject to chronic mental stress via harassment, can sue for constructive dismissal or must limit their claims to those that they can make through the WSIB workers’ compensation system.

In this decision, the Divisional Court held employees can sue for constructive dismissal. As I noted in my original post concerning this case, I believe the Div Court get this one right.

Original Post: Ontario’s Employers Have Just Cause to be Frustrated

The first is the decision of Justice Dunphy in Rahman v. Cannon Design Architecture Inc., 2021 ONSC 5961, which was a cause celebre in the Ontario employment law world for a few weeks.

Rahman was an interesting decision because in that case Justice Dunphy held that an employee’s sophistication and access to legal counsel should count against the employee when considering whether a contractual termination provision, which might otherwise be illegal for contravening the ESA, should nonetheless limit the employee’s recovery on dismissal. In Rahman, Justice Dunphy found the offending provision binding on the employee, giving hope to Ontario’s employers.

Steve Livshin, and Campbell-Givons v. Humber River Hospital, both decisions of Justice William Black, are stinging rebukes of such decision. In Campbell-Givons Justice Black expressly rejected Justice Dunphy’s approach finding, essentially, an illegal provision is illegal and the party’s sophistication does not matter.

The reason I call these decisions out and the reason I select Hucsko as an important decision is the tension between the common law and the statutory law when it comes to the right of employers to summarily terminate an employee’s employment. While I wrote my blog post about the Steve Livshin decision from the employers’ perspective, it is actually Ontario’s employees who should be concerned. (Post to follow over Christmas? We’ll see.)

As I wrote in my earlier post, in its reasons for decision, the court almost invariably uses the phrase “just cause” or “cause” to define a situation in which the employer is excused from providing a dismissed employee with notice of termination of employment or payment in lieu. It almost never uses (until recently) the phrase “wilful misconduct.” If the court is going to be particular about how parties draft their employment agreements, it could at least use the language expected in its own writing. Almost invariably when an employee claims wrongful dismissal in a “cause” case, the defence provided by the employer is that it had “cause” to terminate the employment relationship. Rarely, and I mean rarely, does the court parse that wording to determine whether the employee was dismissed “for cause” but is, notwithstanding such finding, entitled to the receipt of statutory termination pay.

I believe courts are beginning to see the distinction. I believe employee counsel are also beginning to see the need to parse wording in advancing borderline cause cases. (Might we see the doctrine of “near cause” used by employees?) If I had to make a prediction, it’s that the 2011 decision of Oosterbosch gets a lot of renewed interest in 2022.

Number One - The IDEL Cases

Similar to the number two spot, this year’s number one spot goes to two cases on a similar theme.

In Coutinho, Justice David A. Broad of the Ontario Superior Court ruled that the regulatory changes did not oust the common law, meaning that employees objecting to be placed on IDEL could still sue for constructive dismissal damages. In Taylor, Justice Jane Ferguson of the same court reached the exact opposite decision. My understanding is that Taylor is headed to the Court of Appeal for Ontario, and the Ontario government intends to make submissions.

Quite apart from the discrete question about COVID, IDEL, and the impact on the common law, a much more substantial question that one hopes the Court of Appeal addresses is the question of the effect a provision in a regulation can have on altering the common law.

As hinted throughout this post, that question may have huge implications for Ontario’s employers and employees if a regulatory provision can dictate the extent of the common law’s reach. Recall that pursuant to Ontario Regulation 288/01 an employer can only summarily dismiss an employee if that worker is guilty of “wilful misconduct” and the court has repeatedly held that such standard is lower than that of common law cause. If IDEL can oust the common law on constructive dismissal, then does the regulatory standard of wilful misconduct not oust common law cause?

Justice Ferguson’s decision in Taylor essentially amounts to “desperate times call for desperate measures”, but her analytical approach may have far more reaching consequences when one considers what she is saying from a doctrinal perspective about the effect of regulations. It is, in part, for that reason that I say Coutinho is the decision to be preferred.

Hey! For the first time in like, ever, I get one right. The issue of whether temporary layoffs constructive dismissals at common law is an important issue, on which we got some guidance. And Moringstar got picked up with the Divisional Court really sinking its teeth into it. Go me in my forward thinking.

I was recently asked to opine on what I think are the major employment law issues for the next decade, not just the next year. One issue I believe is a real sleeper is that of surveillance. Zoom calls have allowed employers to see into employees’ homes and to essentially ensure they are at their desks “working” during working hours. The surveillance state has grown far more than anyone has said much about.

The other major issue I think we will see developed over the next decade or so is that of good faith in employment. The Matthews decision opened the door to such claims and we are starting to see them work. However, those claims will have to be mindful of the limitations now imposed by the WSIA, as explained in Morningstar. My own concern is that the WSIA regime will throttle the development of the law of good faith in Ontario jurisprudence.

May your 2022 be free from Labour Pains!