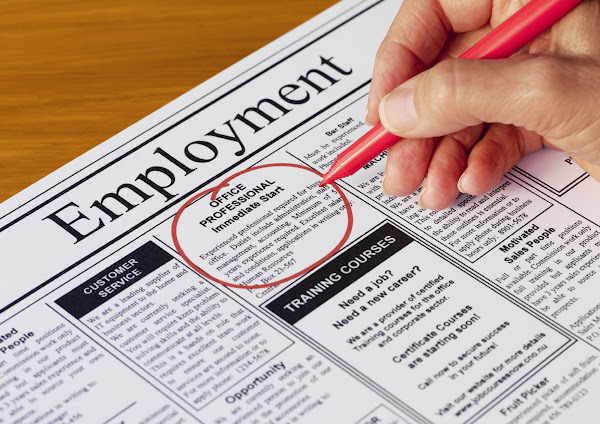 Can the court rely on wage surveys to impute income to someone who has refused to provide evidence of his actual earnings?

In Lewis v. Willis, 2022 ONCJ 421 (CanLII), a family law decision of Justice Stanley B. Sherr of the Ontario Court of Justice held that it could.

The case may have implications in employment law cases, where dismissed employees fail or refuse to provide evidence of their mitigation income.

As noted in the overview, Lewis v Willis is a family law case. The mother, Lewis, sought to impute income to the father, Willis, who had failed to lead any evidence as to his finances.

In support of her request to impute income to the father, the mother attached wage surveys for construction labourers from the internet. These were from the websites, Indeed.com, Glassdoor.com, Talent.com and the Job Bank published by the Government of Canada. These publications showed an average annual salary wage for construction labourers of between $40,000- $45,000.

The question that Justice Sherr had to answer was are these wage surveys admissible? Such surveys are clearly hearsay. The information was adduced for the truth of the contents.

Decision of the Ontario Court of Justice

With respect to the evidence from the non-government websites, such as Indeed.com, Glassdoor.com, and Talent.com, Justice Sherr found that they did not fall within the public records hearsay exception. Accordingly, they were required to fall within the “principled hearsay exception” to be presumptively admissible. To do that, such evidence must achieve both threshold necessity and threshold reliability.

With respect to whether the evidence met the test for threshold necessity, Justice Sherr writes at paragraph 89 of the court’s reasons for decision, “It is unrealistic to expect litigants at the mother’s income level to call expert evidence regarding average occupational wage rates. This is particularly the case when the other party does not comply with their financial disclosure obligations.”

With respect to whether the evidence satisfied the test for reliability, Justice Sherr provided the following reasons:

[91] Bradshaw sets out that threshold reliability can be established through either procedural reliability or substantive reliability.

[92] Procedural reliability is established when there are adequate substitutes for testing the evidence, given that the declarant has not “stated the evidence in court, under oath, and under the scrutiny of contemporaneous cross-examination. These substitutes must provide a satisfactory basis for the trier of fact to rationally evaluate the truth and accuracy of the hearsay statement. See: Bradshaw, par. 28.

[94] None of those safeguards are present in this case. Procedural reliability is not an available route to admit the wage surveys as there are no adequate substitutes for testing the evidence.

[96] The court finds that the non-government wage surveys have sufficient substantive reliability to admit them - threshold reliability is established and the surveys are admissible. The court makes this finding for the following reasons:

[97] In assessing the weight of this evidence, the court considered that these are unsworn statements, the authors of the documents are unknown and there was no cross-examination of the documents. Further, they are just estimates of wage ranges and the court must look at the individual circumstances of the person before it.

[98] However, the court also considered that the father put the mother in a position where she had to rely on this evidence. He did not meet any of his financial disclosure obligations which would have permitted her to properly assess his income. As set out in Graham v. Bruto, this mitigates the obligation of the mother to provide an evidentiary basis to impute income to the father. In these circumstances, the court is prepared to take a more expansive approach to the admissibility of the wage surveys.

In the end, Justice Sherr found that the father had been earning or had been capable of earning annual income of $42,000 since November 1, 2018.

Mitigation is one of the thorniest and most contentious of issues for parties trying to resolve wrongful dismissal cases. Defence counsel typically wants full disclosure of mitigation efforts before contemplating settlement, whereas Plaintiff counsel can often be coy about such information.

The court’s decision in Lewis, while arising out of a completely different context, and with some very specific facts, suggests that where no other evidence is available as to how much money the dismissed employee may have actually earned since termination, the court can take notice of such things as wage rates – and perhaps the availability of similar employment – from unsworn, hearsay evidence such as job postings and wage surveys from recruitment websites.

Given that availability of similar employment has long been one of the core considerations in the ‘calculation’ of reasonable notice periods, I can expect employers to begin trawling websites such as those used in this case to demonstrate that job opportunities were at least “available” to the dismissed employee. While such job listings are hearsay, the court’s decision in Lewis demonstrates that such listings have sufficient substantive reliability to admit them.

The takeaway for employers from this decision is that it may be possible to demonstrate to the court that the dismissed employee had several job options available to them, with reasonably comparable wage rates to that from which the employee was dismissed. Rather than engaging expert evidence as to the availability of similar employment, which should remain the gold standard, employers may be able to rely on such hearsay evidence to convince the court the dismissed employee could have (or may have) mitigated sooner.

The takeaway for employees is that it may be more difficult to conceal one’s mitigation efforts than one thinks. Even if you refuse to disclose your income, the court may be prepared to impute earnings to you using external evidence over which you have no control. Rather than allow the court to guess at how much you made, you are better served being candid with the court and disclosing mitigation efforts and earnings.

Find yourself on the receiving end of a wrongful dismissal claim or termination notice? Looking for legal advice about what to do next? Call me. Email me. Do what works for you.

Email ThisBlogThis!Share to TwitterShare to FacebookShare to Pinterest
Labels: Duty to Mitigate, Evidence