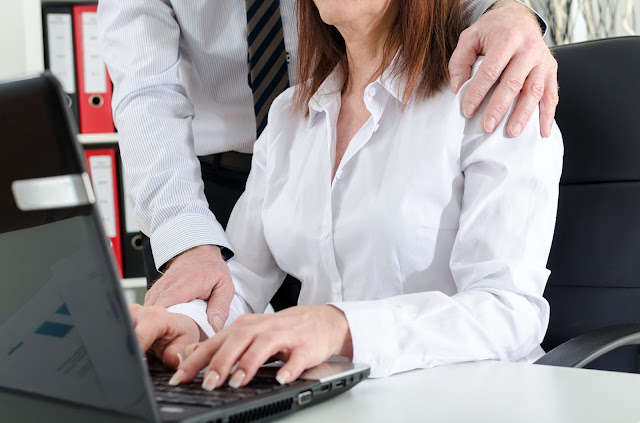 Is the tort of sexual harassment a recognized cause of action in the Province of Ontario? Put another way, in Ontario, can you sue in court if you are sexually harassed?

Two days ago, on April 16, 2017, I blogged about the case of Merrifield v The Attorney General, 2017 ONSC 1333, released February 28, 2017, in which the Honourable Justice Mary E. Vallee of the Ontario Superior Court of Justice found that “harassment” was recognized as a tort upon which a civil cause of action may be based. (See Ontario Superior Court Awards $100,000 in General Damages for Tort of Harassment.)

The case of KL concerned a claim against the Calyspo Theme Park, which is a water park not far from Ottawa.

The plaintiff’s Statement of Claim made the following allegations of fact:

The plaintiff made claim to the court that the damages that she sustained arose out of and in the course of her employment and that Calypso was vicariously liable for Strudwick’s actions as well as liable for its own negligence.

The defendants did not enter a defence to the claims. Rather, they brought a motion to strike out the claim on the ground that it disclosed no reasonable cause of action.

The Honourable Justice Patrick Smith of the Ontario Superior Court of Justice found that there was no recognized cause of action for the tort of sexual harassment in Ontario. His reasons for that decision were as follows:

[24] Sexual harassment is not an independent tort recognized in Ontario and hence cannot support a cause of action. This Court’s jurisdiction to deal with damages arising from sexual harassment is ousted by Ontario’s Human Rights Code, R.S.O. 1990, c. H.19 (the Code).

[25] In Seneca College of Applied Arts & Technology v. Bhaduria, [1981] 2 S.C.R. 181 [Bhaduria], the Supreme Court of Canada held that the Ontario Human Rights Code, R.S.O. 1980, c. 340, not only forecloses “any civil action based directly upon a breach thereof but it also excludes any common law action based on an invocation of the public policy expressed in the Code” (at para 195). The Supreme Court thus rejected a common law cause of action for discrimination based on ethnic origin.

[26] The application of Bhaduria to a claim for sexual harassment and discrimination arose in Chapman v. 3M Canada Inc., 1995 CanLII 7128 (Ont. Sup. Ct.), aff'd 1997 CanLII 1942 (ON CA), 1997 CanLII 1942 (Ont. C.A.) [Chapman]. The motions judge held that, despite the removal of the privative clause from Ontario’s Code and the advent of the [Canadian Charter of Rights of Freedoms], Bhaduria continued to be binding. Thus, the plaintiff’s claim for damages as a result of sexual harassment and discrimination on the basis of gender/sex was dismissed for failing to disclose a civil cause of action as these matters come under the exclusive jurisdiction of the Code. (See also, Veri v. Mill Creek Motor Freight LP, 2009 CanLII 35723 (ON SC), 2009 CanLII 35723 (Ont. Sup. Ct.) at paras. 6-9, and Desjardins v. Society of Obstetricians and Gynecologists of Canada, 2012 ONSC 7294 (CanLII), 2012 CarswellOnt 16528, at paras. 47-49.)

After I tweeting about the Merrifield case, fellow Ottawa employment lawyer Andrew Reinholdt responded as follows:

@SeanBawden @JamesDBowie This has been a regular rant of mine: ability to sue for harassment, but not harassment based on sex, sexual orientation, disability etc

Mr. Reinholdt has a point and it speaks to a problem with Ontario’s current system. In order to be successful before Ontario’s Human Rights Tribunal, an applicant need establish that a protected ground, such as sex, was a factor in the harassment. Absent the applicant’s ability to demonstrate such a fact, the Tribunal has no jurisdiction to act, even if it otherwise finds the behaviour to be worthy of punishment. In that respect, the Tribunal could find that the behaviour complained of was “harassment”, but not “sexual harassment” and therefore be impotent to act unless the applicant could prove that some other protected ground was a factor in the harassment.

Faced with such a choice, injured parties must ‘choose their arena’ to plead their case. Choose wrong and the case might be dismissed.

Fortunately, and perhaps not put to Mr. Justice Smith in this case, parties who wish to allege a breach of the Ontario Human Rights Code can ‘piggy back’ such claims onto a civil claim for damages pursuant to section 46.1 of the Code. That is to say, provided that the plaintiff in the civil suit alleges something in addition to a breach of the Code, for example wrongful dismissal or negligence, the plaintiff can attach a claim for a breach of the Code to that civil claim. As I explained in my post Ontario Superior Court Awards Human Rights Damages, Ontario’s Superior Court has awarded human rights damages before.

In that respect, while the plaintiff in this case could not have sued for the “tort of sexual harassment”, she could have made claim for a breach of her rights as protected by the Human Rights Code, which claim she could have attached to her other claims, which were allowed to proceed. Whether that was done in this case I do not know. If it was not done, I am not sure why not.

The takeaway for employees with labour pains is that you have to know where you can, and should, go with your case. Arena selection is complicated and should only be done after legal advice has been obtained.

The takeaway for employers is that sometimes you can defend a case on the ‘technicality’ that the plaintiff is in the wrong place. Before doing anything in response to a claim, you should have your lawyer consider whether the body to which the claim is made has the jurisdiction to grant the relief sought by the applicant or plaintiff.

@SeanBawden Hopefully this means clarity and reform are coming, since "Harassment" is a tort but not "sexual harassment" https://t.co/7hIEkRyW6r

Also, after publishing this post, I have received the following comments on this subject:

Oscar Strawczynski, noted that although the claim for the tort of sexual harassment was dismissed, the pleading of battery was permitted to continue against the employee:

@SeanBawden It does appear that the pleading of battery was permitted to continue against the employee at least, so that makes sense.