ONCA says being being 62 y/o, 37 years employed, and a senior VP is NOT "exceptional circumstances" 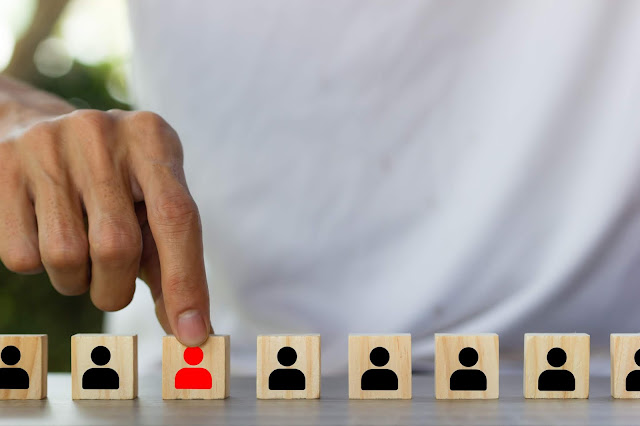 Is being 62 years young, 37 years tenured, a Senior Vice President, terminated without cause, and left without any comparable employment opportunities “exceptional circumstances” warranting an award of pay in lieu of notice greater than 24 months? According to the Court of Appeal for Ontario (Pepall, Trotter and Harvison Young JJ.A.) in its decision in Dawe v. The Equitable Life Insurance Company of Canada, 2019 ONCA 512 (CanLII), the answer is "no".

I blogged about the facts of the case in my earlier post ONSC Judge Would Have Ordered at Least 36 Months Reasonable Notice – If Requested.

By way of simple summary, Michael Dawe was employed as a Senior Vice President with The Equitable Life Insurance Company of Canada (“Equitable Life”). After 37 years of employment, he was terminated without cause, following a minor dispute about the purchase and use of promotional sporting event tickets.

Mr. Dawe sued for wrongful dismissal. Both parties moved for partial summary judgment on two issues relating to the calculation of damages: (1) the proper notice period; and (2) Mr. Dawe’s entitlement under Equitable Life’s bonus plans. Mr. Dawe’s other claims, including claims for punitive and moral damages, were left to be determined at trial.

The motion judge, the Honourable Justice Donald J. Gordon of the Superior Court, held that he would have awarded a minimum of 36 months, but since “only” 30 months was requested by the plaintiff, “limited” his award to that figure. Justice Gordon further held that Mr. Dawe was entitled to bonus payments over this 36-month period.

In allowing part of Equitable Life’s appeal, the Honourable Gary T. Trotter wrote the following on behalf of the Court of Appeal for Ontario, “I would allow the appeal on the issue of notice, reducing it to 24 months. There were no exceptional circumstances that warranted a longer notice period. I would dismiss the appeal as it relates to bonus entitlement. Mr. Dawe’s receipt of bonus payments was an integral part of his compensation package. Although I disagree with Justice Gordon’s conclusion, at para. 62, that the termination provision contained in each of the two bonus plans was “unclear and confusing”, I agree with his finding that the termination provision was unenforceable because it was imposed unilaterally and was not brought to Mr. Dawe’s attention by Equitable Life at any time before his termination.”

In overturning the motion judge’s decision to award 30 months pay in lieu of reasonable notice, Justice Trotter wrote the following:

[31] The motion judge was aware of this court’s jurisprudence on damages for wrongful dismissal. At para. 30, he referred to the leading decision of Lowndes v. Summit Ford Sales Ltd. (2006), 2006 CanLII 14 (ON CA), 206 O.A.C. 55 (C.A.). Writing for the court, Cronk J.A. observed in Lowndes, at para. 11, that the determination of what constitutes reasonable notice is “case-specific” and, while there is “no absolute upper limit or ‘cap’ on what constitutes reasonable notice, generally only exceptional circumstances will support a base notice period in excess of 24 months”. Cronk J.A. found, at paras. 13-16, that Mr. Lowndes had not established that his circumstances were exceptional, warranting a notice period exceeding 24 months.

[32] This court has followed the Lowndes approach over the years. The Lowndes approach was endorsed in Keenan v. Canac Kitchens Ltd., 2016 ONCA 79 (CanLII), 29 C.C.E.L. (4th) 33, at para. 30. In Keenan, the court declined to set aside an award of 26 months’ notice, finding that the plaintiffs, who were husband and wife, had established exceptional circumstances, based on their ages at the time of termination (63 and 61 years old), their lengthy service (32 and 25 years), and the character of the positions they held.

[33] In Strudwick v. Applied Consumer & Clinical Evaluations Inc., 2016 ONCA 520 (CanLII), 349 O.A.C. 360, at para. 42, the court cited Lowndes and Keenan in affirming that reasonable notice is determined on “a case-specific basis”, and while there is no cap, “generally only exceptional circumstances will support a base notice period in excess of 24 months.” The court refused to increase a base notice period of 20 months.

[34] In this case, the motion judge took a different approach. His conclusion that a notice period of 30 months was appropriate did not rest on the presence of exceptional circumstances; instead, it was based on his perception of broader social factors that led him to conclude that the “presumptive standards” discussed in Lowndes were inapplicable. The motion judge said the following, at para. 31:

Whether it is exceptional circumstances or recognizing a change in society's attitude regarding retirement, the particular circumstances of the former employee must be considered. For many years, the usual retirement age was considered to be 65. Pension plans improved as a result of the labour movement, introducing, for example, an 80 factor for most employees in the public sector and many in large companies in the private sector. That lead [sic] to some individuals retiring between the age of 50 and 60. But many were not ready to fully retire. They sought out additional employment or simply continued to work in their existing position. Further, mandatory retirement was abolished in 2006 in Ontario to protect against age discrimination. Many employees have continued past 65. In result, it is important to recognize that each case is unique. Presumptive standards no longer apply. [Emphasis added by ONCA. Citation omitted.]

[35] The motion judge considered that Mr. Dawe was 62 years old when he was terminated from a very senior position, at a company he had served for 37 years. He said that Mr. Dawe “had made no decision as to when retirement would occur”, adding that he was committed to working at Equitable Life until “at least age 65” and “it was more likely he would have worked there to a later age than an earlier one”: at para. 35. The motion judge placed Mr. Dawe at “the extreme high end” of each of the factors set out in Bardal v. Globe and Mail Ltd., 1960 CanLII 294 (ON SC), , and said, at para. 36, “I would have felt this case warranted a minimum 36 month notice period”. In finding that Mr. Dawe was entitled to 30 months’ notice, the motion judge ensured that Mr. Dawe would be fully compensated just beyond his 65th birthday.

[36] The motion judge’s approach to reasonable notice was in error. First, he should have applied the Lowndes line of authority instead of relying on his own perceptions of the “change in society’s attitude regarding retirement”: at para. 31. There was no basis in the record for making such sweeping statements.

[37] As the motion judge observed, mandatory retirement was abolished in Ontario in 2006: see Ending Mandatory Retirement Statute Law Amendment Act, 2005, S.O. 2005, c. 29 (previously known as Bill 211). But this legislative initiative would have been known at the time of the Lowndes appeal, which was decided after Bill 211 was enacted, but before most of its provisions came into force.

[38] Further, more recent authorities from this court have not altered the approach in Lowndes. Keenan and Strudwick were decided a decade after Lowndes. Neither decision suggests that the end of mandatory retirement in Ontario ought to alter the traditional approach to determining reasonable notice. It was not open to the motion judge to chart his own course in light of these authorities.

[39] It is unclear why the motion judge chose to rest his reasonable notice determination on mandatory retirement considerations. It was irrelevant to Mr. Dawe’s situation. In his affidavit, Mr. Dawe swore that he planned to retire at age 65. There was no basis in the evidence to find that he would have worked later.

[40] In any event, Mr. Dawe’s plans regarding retirement are not determinative in ascertaining Equitable Life’s obligations towards him. In Strudwick, this court rejected Ms. Strudwick’s submission that in the circumstances, she was entitled to pay and benefits up to the age of 65, when she would retire. Epstein J.A. noted that absent a fixed term contract, “an employer does not guarantee employment to retirement”: at para. 45. She further held that in entering the employment relationship, an employer cannot reasonably be seen as having accepted the risk that in dismissing an employee, it would be obligated to pay that employee until their retirement: see paras. 46-48.

[41] The motion judge’s reasons suggest that he viewed this case as being “tantamount to forced retirement”: see paras. 34, 36. However, the record is clear that, in the throes of a conflict with his senior executive colleagues, Mr. Dawe initiated the process of his own departure from Equitable Life. He requested an “exit strategy”. While Mr. Dawe may have soon come to regret his decision, this factor ought to have weighed against a finding that this case involved “exceptional circumstances” justifying a notice period in excess of 24 months.

[42] I agree with the motion judge that Mr. Dawe’s circumstances – including his senior position, career-long years of service at the same company, age at the time of termination, and his difficulty in finding new employment – warranted a substantial notice period. However, there was no basis to award Mr. Dawe more than 24 months’ notice.

[43] Mr. Dawe’s circumstances are similar to those of the employee in Lowndes. Mr. Lowndes was 59 years old at the time his employment was terminated. He had worked for the appellant employer for approximately 28 years, and held a management and director position at the time of termination. In concluding that exceptional circumstances had not been established, Cronk J.A. recognized Mr. Lowndes’ status as a long-term employee who had exhibited loyalty and dedication to the employer’s business over most of his working career. However, she noted that the base notice period of 24 months “recognizes” and “rewards” these factors, and constitutes the “high end of the appropriate range of reasonable notice for long-term employees in [Mr. Lowndes’] position”: at para. 15.

Ruminating on this decision, as I am often wont to do, I am struck by three things that I think influenced the Court of Appeal’s decision to knock back the award:

Those three factors, taken together, likely resulted in the award being knocked back.

Sometimes it doesn’t pay to “win big” at the trial level. My own sense is, had Justice Gordon awarded Mr. Dawe 26 months, in line with Keenan v. Canac Kitchens Ltd., the Court of Appeal might have been more willing to cite deference to the motion judge and accept that figure.

Moreover, I get the sense that there is a bit of “author of his own misfortune” coming through in this decision, such that the Court of Appeal was reluctant to award Mr. Dawe anything more than what it has previously recognized as its “cap.”

What does this mean for those pleading wrongful dismissal cases? In general, I get the sense that it means that if you’re going to seek more than 24 (or maaaaybe 26) months, you better be prepared to show some pretty exceptional circumstances. And, if you’re defending such a claim, you’re going to have to demonstrate just how unexceptional the plaintiff's circumstances are.