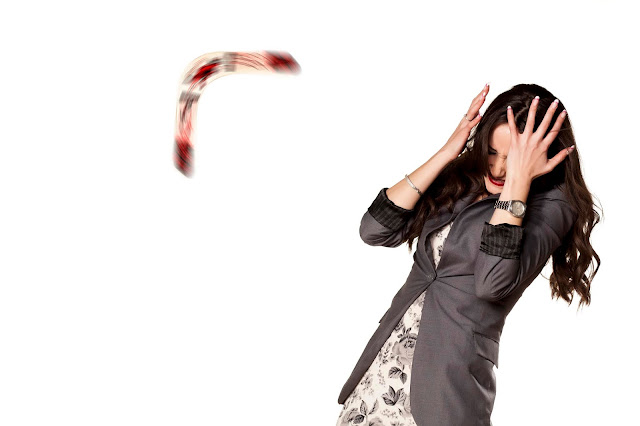 In 1993, Ms. Jasmine Theberge-Lindsay, began working in Dr. Kutcher’s dental practice. Over the succeeding years, Dr. Kutcher restructured his dental practice in various ways to minimize income taxes and split income. To maintain her employment with Dr. Kutcher, Ms. Theberge-Lindsay was required to sign a series of employment agreements starting in 1999, all of which ostensibly limited her entitlement for wrongful dismissal to the minimum required by the Employment Standards Act, 2000, S.O. 2000, c. 41.

In dismissing the contracts of employment as being dispositive of Ms. Theberge-Lindsay’s entitlements, Justice Chiappetta wrote the following:

[37] The requirement for fresh consideration is particularly pronounced where the employer seeks to modify the employment contract to limit the notice to be provided upon termination, since that change represents “a tremendously significant modification of the implied term of reasonable notice”. Appellate courts have recognized that an imbalance in power generally exists between employers and employees, making the requirement in employment law context all the more important.

[39] In my view, none of the three employment contracts signed by the plaintiff are enforceable. Each of the contracts fail respectively for lack of consideration. The evidence clearly demonstrates that the intention of Dr. Kutcher was that each of the three contracts needed to be signed or the plaintiff could not continue to be employed with his practice. While there is no evidence of threat or duress, Dr. Kutcher was firm in his testimony that continued employment was conditional on the signing of the agreements. The plaintiff and Ms. Graham both testified to their understanding of this fact pertaining to the 2011 agreement. The plaintiff received no more from signing each of the three agreements but for continued employment. The fact that she received independent legal advice pertaining to the 2011 agreement does not negate this fact. Further, the three agreements, if enforceable, would substantially reduce the plaintiff’s entitlements on termination.

On Appeal, the Court of Appeal expressly endorsed Justice Chiappetta’s analysis with respect to the terms of the agreement and the fact that there was no consideration for the new agreements. However, there remained the argument that the trial judge had erred in failing to take proper account of Ms. Theberge-Lindsay’s resignation from her employment in 2005.

In giving effect to this line of argument, the court (Lauwers, Pardu and Nordheimer JJ.A.) wrote the following:

[8] The trial judge’s factual findings regarding the resignation are set out at paras. 8-10 of her decision:

By correspondence dated March 28, 2005 the plaintiff tendered her resignation to Dr. Kutcher effective July 7, 2005. She was engaged to be married to a gentleman who lived in Guelph, Ontario. The plaintiff had secured alternative employment in Guelph to be commenced after July 7, 2005. During the notice period and prior to her effective day of resignation, in or about May 2005, the plaintiff ended her engagement and advised Dr. Kutcher of her intention to remain employed as a dental hygienist working in his office. The plaintiff testified that Dr. Kutcher told her that he was pleased to hear it as he did not want her to leave.

The evidence demonstrates that the retraction of the resignation was accepted by Dr. Kutcher and that the circumstances of the 2005 resignation had no impact on the plaintiff’s continuity of service with the practice of Dr. Kutcher. It further indicates that that at least in February 2006, Dr. Kutcher was prepared to recognize the continuity of the plaintiff’s employment with his practice since 1993, independent of both her rescinded resignation and his use of 339 [i.e. the new corporate vehicle].

[10] The appellant argues that the 2005 resignation broke the chain of Ms. Theberge-Lindsay’s employment since 1993. She was required on June 30, 2005 to sign a new employment agreement in order to be re-hired July 1, 2005. Consequently she is, at best, entitled to the Employment Standards Act, 2000 minimum notice measured from the date that she was re-hired in 2005.

[11] We agree with the appellant’s submissions that Ms. Theberge-Lindsay’s unequivocal resignation and re-hiring in 2005 marked a break in the employment relationship after which an entirely new contract was reached between her and Dr. Kutcher. There was consideration for that new employment contract, that is, Ms. Theberge-Lindsay’s offer to again be employed by Dr. Kutcher and his acceptance of her offer to again employ her. On this basis, the Employment Standards Act, 2000 minimum notice is the maximum amount to which the respondent is entitled, measured from 2005. On this basis, she is entitled to 7.5 weeks of salary at $1,204 per week, less $1,200 severance already paid.

What did I just read? What just happened?

Here are the issues I have with this decision:

First, the award of 7.5 weeks. Let’s assume that the Court of Appeal is correct and that Ms. Theberge-Lindsay’s 2005’s resignation and re-hiring reset the clock for statutory purposes. (A finding that I am prepared to accept as correct.) On that basis, Ms. Theberge-Lindsay had been employed for a period of about 7.5 years. The problem is, the ESA does not provide a pro-rating for notice (like it does for statutory severance), it provides a set amount. In this case, the set amount out to have been seven weeks, as the employee’s period of employment was seven years or more and fewer than eight years. The applicable paragraph of the ESA would be 57(g). 7.5 weeks is simply incorrect.

Second, and unlike “notice”, there is a pro-rating for statutory severance. Moreover, unlike notice, severance doesn’t care about interruptions in service; one simply counts all years of employment. I have to guess that, since Ms. Theberge-Lindsay was employed for over 5 years, no matter how one counts years, she was still not entitled to severance. But, at least a passing confirmation of that fact might have been nice.

Finally, I have trouble squaring this decision and its comments about the effect of “resignation” with what happened in Ariss v. NORR Limited Architects & Engineers. In that case, about which I blogged in my post, When Too Many Principles Converge: The Decision in Ariss v. NORR Limited Architects, the Court of Appeal (Juriansz, Brown and Roberts JJ.A.) held that the following was not a resignation for statutory purposes:

Please accept this letter as notice of my wishes to … resign from my full time position as Senior Architect from the NORR Kingston office. This is conditional on acceptance of a new offer of employment ….

In critiquing that decision, I wrote:

In my opinion, Mr. Ariss did intend to resign. And, if he didn’t intend to “resign”, then he certainly intended to terminate the 2006 agreement. That should have been the finding of fact by the motion judge.

Then, the purported waiver, in 2013, of any entitlement to severance, ought to have been found to illegal, given the application of section 5 of the ESA, and the fact that when counting years of service, you count all years of service, regardless of when they are worked.

I am not really sure what is going at the Court of Appeal, but neither of these decisions are particularly inspiring. Neither of them demonstrates the depth and interest in getting employment law principles right, like we saw in Wood v. Fred Deeley Imports Ltd., 2017 ONCA 158, or Wood v. CTS of Canada Co., 2018 ONCA 758.

What is most interesting, to me, is the court’s willingness to reduce wrongful dismissal awards to very limited amounts. While I think the decision in Theberge-Lindsay makes sense, and aligns with my own thinking in Ariss, a little more analysis as between the two decisions, might have been helpful.