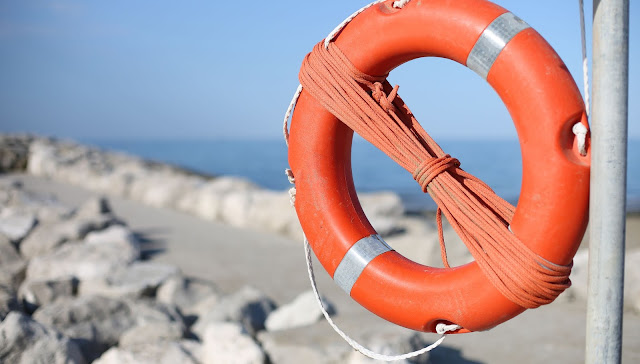 Yet again, the point in issue is the legality of a contractual termination provision. The provision in this case read as follows:

a. Two (2) months working notice, in which case the Managing Director will continue to perform all of his duties and his compensation and benefits will remain unchanged during the working notice period.

b. Payment in lieu of notice in the amount equivalent of two (2) months Base Salary.

The case proceeded by way of motion for summary judgment before Justice Bernadette Dietrich of the Superior Court of Justice. For reasons reported at 2018 ONSC 1256, Justice Dietrich found the clause to be unenforceable. The employer appealed.

The appellant suggested that the motion judge made three extricable errors of law, reviewable on a correctness standard, in her interpretation of the termination clause: (a) she failed to interpret the clause as a whole; (b) she read ambiguity into clauses 4(a) and 4(b) where there was none; and (c) she failed to appreciate that there was no need for a specific reference to statutory entitlements in clauses 4(a) and 4(b) for those entitlements to apply.

Writing for the Court of Appeal, Justice J. Michal Fairburn wrote the following reasons for upholding the motion judge’s decision:

[23] I see no error in the motion judge’s approach to the word “or” as indicative of the disjunctive nature of the contents of the termination clause. She was right to conclude that the termination clause has two distinct parts. The language of the provision forces a choice between “the greater of”:

(i) “entitlement pursuant to the Ontario [ESA]” (the first clause); “or”

(ii) at the employer’s “sole discretion”, either:

[27] Strictly speaking, given her finding that the ESA had been contracted out of under clauses 4(a) and 4(b), it was unnecessary for the motion judge to consider ambiguity. The termination clause was unenforceable given that it contracted out of statutory entitlements without substituting a greater benefit: Wood, at para. 21. Given that the parties addressed the ambiguity point, though, I will also briefly address it.

[28] The appellant contends that the motion judge erred in straining to find ambiguity where there was none. In support of this argument, the appellant relies upon Amberber, at paras. 54 and 62, where this court commented upon a “failsafe provision” that served to modify the other parts of a termination clause, reading them up to comply with the ESA. The appellant says that this case is analogous to Amberber in the sense that the first clause modifies the whole termination clause, so that the ESA minimum entitlements apply to clauses 4(a) and 4(b).

[29] I see no analogy to Amberber. The failsafe provision in Amberber fell at the end of the “Termination of Employment” clause and read as follows:

[30] That is a fundamentally different clause from the operative clause in this case. Here, as previously mentioned, the reference in the first clause to “entitlement pursuant to the Ontario [ESA]” does not cloak the entire termination clause. Rather, it is stranded within the first clause, a clause that the motion judge found provided for different entitlements than clauses 4(a) and 4(b).

[31] The parties had contracted that the respondent was entitled to the “greater of” the ESA entitlements under the first clause or the entitlements under 4(a) or 4(b), not the greater of the first clause or the latter clauses, combined with elements of the first clause. Although she was not required to do so, I can see no error in the motion judge’s finding that, even when clauses 4(a) and 4(b) were taken at their very “best” for the appellant, they contained a lack of clarity about whether the appellant had to pay statutory severance under clause 4(a) and statutory benefits under clause 4(b). I agree with the motion judge that when the respondent signed the employment contract, at its very best from the appellant’s perspective, the termination provision was not explicit and the respondent would not have known with certainty what his entitlements at the end of his employment would be. As Laskin J.A. observed in Wood, at para. 28, “[e]mployees should know at the beginning of their employment what their entitlement will be at the end of their employment”.

I have read and re-read the termination clause at issue. It’s close. I think that the termination clause, with its guarantee of providing ESA minimums could withstand judicial scrutiny. However, I think better drafting would be required to give the court the assurance that the parties were ad idem as to what the employee could expect on termination. I am reluctant to suggest such revision here lest someone rely on same and I am wrong.

What cases such as Amberber demonstrate, however, is that a failsafe provision can work. It just needs to be properly drafted.