Employee Has Right to Change Mind about Resignation: ONCA 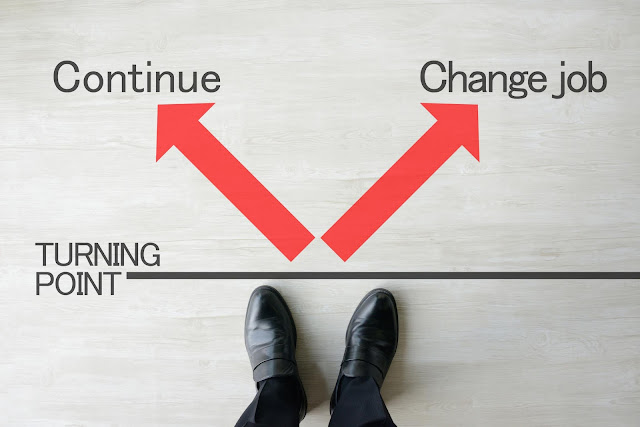 Can an employee change her mind about resignation, if the impetus for such voluntary resignation ceases to be an issue, and the employee has not yet left employment?

In the third in a series of decisions concerning “working resignation”, English v. Manulife Financial Corporation, 2019 ONCA 612 , the Court of Appeal of Ontario said yes.

I blogged about this case in my post Changing One’s Mind about Retirement.

In short, Elisabeth English had been working as a Senior Customer Relationship Manager for Standard Life Insurance (“Standard Life”) for nine years when it was acquired by Manulife Financial Corporation (“Manulife”).

Manulife announced the implementation of a new computer system. Upon learning this news, Ms. English, who was then in her early 60s contemplated early retirement to eliminate the need to train on a new system near the end of her career. She gave her supervisor a letter indicating that she would retire at the end of the year. He said that she could change her mind. A few weeks later, Manulife announced that it was no longer converting to the new computer system, so Ms. English decided to stay. Manulife took the position that she had retired. Ms. English sued for wrongful dismissal.

As canvassed in my earlier post, the case was decided by way of a motion for summary judgment heard by the Honourable Justice Mark Edwards of the Ontario Superior Court of Justice. Justice Edwards dismissed Ms. English’s case on the basis that she had tendered an unequivocal resignation.

In reversing Justice Edwards’ decision, Justice Mary Lou Benotto of the Court of Appeal for Ontario wrote the following:

[20] The motion judge concluded that the appellant’s September 22, 2016 letter constituted a “clear and unequivocal” resignation.

[21] As I will explain, this was an error. Her resignation notice was equivocal given the circumstances in which she presented it to Manulife, and she was entitled to withdraw it.

[23] These facts do not support a clear and unequivocal resignation. On the contrary, they demonstrate that the appellant was equivocal when giving her resignation notice, and that her equivocation was condoned by Manulife through the actions of Mr. Ramnath.

[24] When Manulife cancelled the computer conversion within three weeks of her September 22, 2016 conversation with Mr. Ramnath, the basis for the appellant’s resignation disappeared. The appellant moved promptly to tell him that, as discussed, she was not going to retire. Mr. Ramnath acknowledged her decision and did not tell her it was a problem.

[25] Manulife is bound by Mr. Ramnath’s promise to the appellant that she could change her mind. She did so within three weeks and her change of mind was not challenged.

[26] Since the appellant did not in fact resign, her termination on December 12, 2016 was a wrongful dismissal.

The issue of resignation has appreciated much more consideration by the Court of Appeal as of late than one can remember.

What is interesting is that the Court of Appeal in English makes no mention of the Court of Appeal’s other 2019 decision in Theberge-Lindsay v. 3395022 Canada Inc. (Kutcher Dentistry Professional Corporation), 2019 ONCA 469 , about which I blogged in my post “Boomerang” Resignation Comes Back to Hurt Employee.

In the Kutcher Dentistry case, the Court of Appeal held that, “We agree with the appellant’s submissions that Ms. Theberge-Lindsay’s unequivocal resignation and re-hiring in 2005 marked a break in the employment relationship after which an entirely new contract was reached…” It is important to note that, much that Ms. English, Ms. Theberge-Lindsay never actually left her employment after tendering her resignation. No consideration to that decision or its implications in English.

The other resignation case decided by the Court of Appeal in 2019 is Ariss v. NORR Limited Architects & Engineers, 2019 ONCA 449, about which I blogged in my post When Too Many Principles Converge: The Decision in Ariss v. NORR Limited Architects. I was highly critical of that decision, finding that the court inexplicably linked a sale of the business in 2002 to an ostensible resignation in 2013. In my opinion, there was an unequivocal resignation in that case, but there the Court of Appeal held that there was no resignation at all.

What we now have is three decisions from the Court of Appeal, all considering the subject of resignations and whether they were unequivocal. None of those decisions, in my respectful decision, do a great deal to help anyone understand the issue from a pure doctrinal approach. In my opinion, the best decision, of the six at issue, is Justice Edwards and it was just overturned.

What I think I can say is that persons looking for guidance on the issue can still look to Justice Edwards’ motion decision for assistance on the law, as the Court of Appeal’s decision does nothing to question or reverse the same. Where the Court of Appeal was critical of Justice Edwards’ decision was with respect to his factual finding that Ms. English was unequivocal in her resignation.

What can we glean from these decisions? Nothing, it would appear, is very clear when it comes to the issue of working resignations.