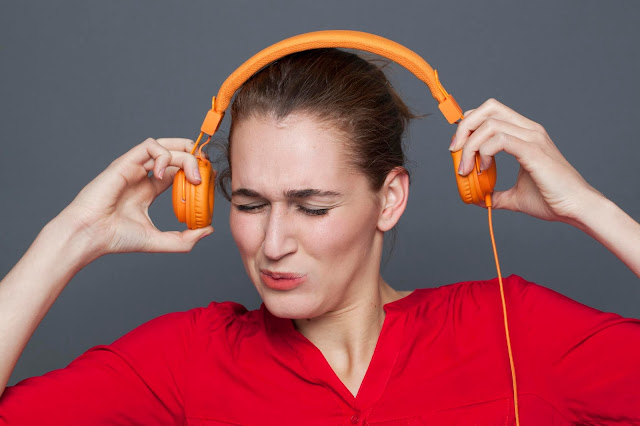 Is hearing music that contains a racial slur, playing in a retail establishment, sufficient to establish discrimination under section 8 of the British Columbia Human Rights Code.

On November 27, 2016, the Complainant and a friend had gone shopping together at a mall. That Sunday afternoon, between 3 and 4 pm, the Complainant went into the Respondent, Hollywood Boutique, a clothing store, to buy an outfit for a vacation. She was looking for something appropriate for summer. She was drawn to the store because she saw a number of nice clothes on display. She found a white jumper and went into the dressing room to try it on. While in the dressing room, she heard a song from Jay Z and Kanye West being played on the stereo. She did not recall the name of the song and did not remember the lyrics. What she does remember is hearing the n-word multiple times in a single verse.

The Complainant alleged that, as a Black Canadian, she suffered an adverse effect from hearing music that contained racial slurs and which the Boutique refused to turn off. She made complaint to the BC Human Rights Tribunal, in which she alleged that the Boutique had discriminated against her in the provision of a service on the basis of her colour, race and ancestry, contrary to s. 8 of the BC Human Rights Code.

Decision of the BC HRT

Tribunal Chair Diana Juricevic provided the following reasons for her decision to dismiss the complaint:

[28] To prove her complaint of discrimination under section 8 of the Code, the Complainant is required to establish three facts: (1) that she was protected by the characteristics of her colour, race, and/or ancestry; (2) that she was adversely impacted with respect to the Boutique’s services; and (3) that her colour, race, and/or ancestry was a factor in the adverse impact. The onus is on the Complainant to prove these facts on a balance of probabilities.

[29] At issue in this complaint is whether hearing music that contains a racial slur, playing in a retail establishment, is sufficient to establish discrimination under section 8 of the Code.

[32] The expression at issue is a song by Kanye West and Jay Z that contained multiple references to the racial slur... I distinguish Ismail v. British Columbia (Human Rights Tribunal), 2013 BCSC 1079 (CanLII) on the grounds that the racial slur is attributed to an artistic performance by musicians who are not a party to this complaint. No such words or conduct are attributed to the store clerk. This is not a factual circumstance where the store clerk’s Charter right to freedom of expression is engaged. In these circumstances, it is not necessary for me to balance the statutory objective of eliminating discrimination, grounded in the Charter value of equality, with the severity of the interference with the Charter value of freedom of expression: Ismail, paras. 325 to 232.

[33] Where conduct occurs during a single incident, or does not otherwise amount to a pattern of conduct, the Tribunal will consider all of the circumstances to determine whether it violates the Code. Those circumstances include “the nature of the relationship between the involved parties, the context in which the comment was made, whether an apology was offered, and whether or not the recipient of the comment was a member of a group historically discriminated against.

[35] However, not every negative comment or single incident that is connected to a prohibited characteristic will be discriminatory harassment contrary to the Code. The context of this incident is significant.

[37] On balance, the Pardo factors weigh against a finding of discrimination in these circumstances. In summary, the racial slur occurred in the context of a music song, it was brief in duration, the store clerk’s response was reasonable in the circumstances, and almost immediately after finding out, the store Manager called the Complainant to apologize and changed the playlist that week.

[N]ot every negative comment or single incident that is connected to a prohibited characteristic will be discriminatory harassment contrary to the Code. It is certainly undesirable for people to treat each other rudely, disrespectfully, or inappropriately. However, it is not the Tribunal’s purpose to adjudicate disputes other than where a person’s protected characteristic, actual or perceived, has presented as a barrier in their ability to fully, and with dignity, access an area of life protected by the Code. In performing this function, the Tribunal is cognizant that the disputes brought to it arise between human beings, with all the imperfection that entails. Not every failure to be kind or respectful requires state intervention. This includes failures with discriminatory overtones – and therefore highlights a distinction between comments that may be “discriminatory” in the everyday sense of that word, and comments that amount to discrimination, within the meaning and scope of human rights legislation: Brito v. Affordable Housing Societies, 2017 BCHRT 270 (CanLII), at para. 41. (para. 25)

[39] While the Complainant genuinely found the song “discriminatory” in the everyday sense of that word, for the reasons set out above, the incident at the Boutique does not amount to discrimination within the meaning and scope of s. 8 of the Code.

It is November 15, 2019. At this time there is much controversy about the right to be free from hearing discriminatory language that is broadcast. While the purpose of this post is not to wade into that debate, this post certain was inspired by thinking on it.

While the Hollywood Boutique case provides an interesting fact pattern, it is the holding in Finnamore that provides the guidance: “Not every failure to be kind or respectful requires state intervention.”

What the case demonstrates is that there may be incidents where one is legitimately and honestly offended, but the state may not impose sanction on the offender.