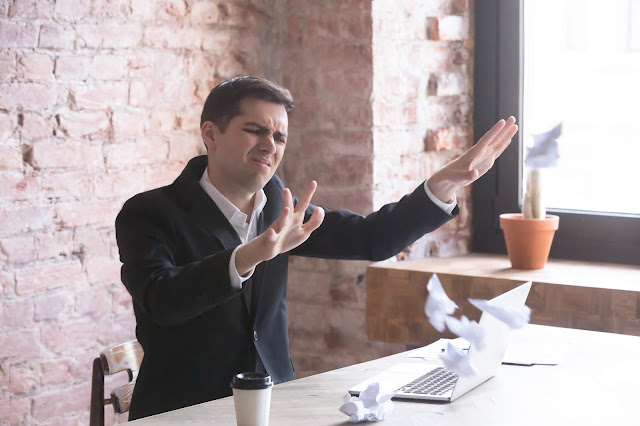 Can an employee in Ontario sue for constructive dismissal, if the reason the employee was forced to leave employment was because of chronic mental stress, caused by workplace bullying or harassment?

According to a 2019 “right to sue” decision from the Ontario Workplace Safety And Insurance Appeals Tribunal, Morningstar v. Hospitality Fallsview Holdings Inc. (Decision No. 1227/19), 2019 ONWSIAT 2324 (CanLII), the answer is “no.”

The case was brought before the WSIAT by the employer, who had been named in a civil lawsuit alleging constructive dismissal. Under Ontario law, an employer subject to the provisions of the Workplace Safety and Insurance Act, 1997 may apply to the WSIAT for a determination of whether the employee has a right to sue. For those unfamiliar with the right or process, I explain all of this, in detail, in my earlier post Workers Now Eligible for WSIB Benefits for Chronic Mental Stress and Workplace Harassment.

By way of summary, the Respondent in the case, Ms. Morningstar, was employed by the Applicant, Hospitality Fallsview Holdings Inc. (HFH), in its housekeeping department, from May 2015. In May 2016, she was promoted to the position of supervisor.

Ms. Morningstar resigned her position with the Applicant in February 2018 claiming constructive dismissal as a result of harassment and bullying in the workplace. She filed a Statement of Claim in the Ontario Superior Court of Justice on April 2, 2018 claiming damages for constructive dismissal, bullying, harassment and/or a poisoned work environment pursuant to the Occupational Health and Safety Act (OHSA), the tort of harassment, as well as punitive, aggravated and/or moral damages. In particular, Ms. Morningstar claimed that she “was forced to resign from her position with [the Applicant] due to the harassment, bullying and abuse she endured during the course of her employment and the resulting mental distress she experienced and continues to experience.” She pled further that the claim “relates to the harassment and bullying that [she] experienced as a result of a toxic work environment created by [the Applicant’s] employees and management and her subsequent constructive dismissal.”

The particulars of the harassment are fairly well detailed in the decision. I won’t repeat the allegations, but they are bad.

The only issue before the WSIAT was whether the employee’s right to sue her former employer, in civil court, for constructive dismissal, was taken away by virtue of the application of the WSIA.

Counsel for the Applicant employer submitted that the worker’s Statement of Claim was effectively a claim for chronic mental stress under the WSIA and thus her right of action was removed in relation to her claim for constructive dismissal, and for damages for mental stress, aggravated, moral and punitive damages, and for breach of the OHSA for bullying, harassment, the creation of a poisoned work environment and/or the tort of harassment.

Counsel for the Respondent employee submitted that a worker’s right to claim for damages in a civil action is taken away by the WSIA only in respect of the damages that are compensable under the WSIA and one must look at the three causes of action to determine whether they are inextricably linked to a work accident. In this case, he submitted, the Respondent would still have a claim for constructive dismissal, as a result of the Applicant’s conduct, even if she had not suffered mental stress damage and thus her right to sue for constructive dismissal and for punitive, aggravated and moral damages, as well as for breaches of the OHSA and/or the tort of harassment should stand.

[29] … I note that generally the Tribunal has found that the right to bring an action for wrongful dismissal has not been removed by the WSIA. It is only in the exceptional case that this is not so, where the circumstances of the wrongful dismissal claim are inextricably linked to the work injury. See, for example, Decisions No. 3836/17, 1319/01 2, and 566/00.

[30] In my view, that exception applies here. The Respondent’s action against the Applicant is not for wrongful dismissal in the usual sense, but rather is for constructive dismissal, meaning her employment was effectively terminated by the harassing and bullying conduct of co-workers and management which caused her mental distress to such a degree that she was forced to take sick leave and ultimately to resign. I find that these facts, if proven, are inextricably linked to a claim for injury governed by the terms of section 13(4) of the WSIA, as cited above. In other words, I find that the worker’s Statement of Claim is, in essence, a claim for injury resulting from alleged workplace harassment and bullying and thus is within the scope of section 13(4) as amended to provide for entitlement for chronic mental stress arising out of, and in the course of, the Respondent’s employment. Moreover, I find that the other remedies sought by the Respondent are also claimed on the same facts, of harassment and bullying in the workplace. Accordingly, I find the worker’s right of action is taken away by the WSIA, pursuant to section 26 in this case.

I will confess that I called this wrong.

In my earlier post, Workers Now Eligible for WSIB Benefits for Chronic Mental Stress and Workplace Harassment, which thoroughly reviews the same law contemplated by the WSIAT in this case, I commented as follows:

The most immediate effect of this legislative change, however, is likely to be applications to the WSIAT by employers, who find themselves defendants in civil actions where claims for damages for chronic mental stress are made. Employees will have to be mindful of what claims are made to Ontario’s courts against their employer and co-worker.

To my own mind, and I am just speculating here, the fact that an employee has been subject to workplace harassment can likely still form the basis of a constructive dismissal claim, i.e. the workplace harassment can still be pointed to as the breach of the employment agreement. Moreover, on my reading of Piresferreira v. Ayotte, 2010 ONCA 384, the employee can still attach to such a constructive dismissal claim a claim for aggravated damages for the manner of dismissal. What the employee can likely no longer do is claim tort damages for the tort of harassment, which was only recently recognized by the Ontario court and about which I wrote in my post: Ontario Superior Court Awards $100,000 in General Damages for Tort of Harassment.

A few comments. First, the tort of harassment has been expressly disallowed. See my more recent post Tort of Harassment Not Available in Ontario Employment Context .

Second, I wasn’t wrong about everything. I was right that, “The most immediate effect of this legislative change, however, is likely to be applications to the WSIAT by employers, who find themselves defendants in civil actions where claims for damages for chronic mental stress are made.”

Finally, however, my speculation that claims of constructive dismissal could still stand appears, at least on the basis of this one decision, to be partially incorrect. I am not sure the extent to which the particular statement of claim influenced the Tribunal’s decision in this case, nor whether, perhaps, a different fact scenario might render a different decision, but we now have one decision, as of mid-October 2017, suggesting that claims for constructive dismissal, formed on the basis of chronic mental stress, are incompatible with the WSIA regime. The same is not to imply that every claim of constructive dismissal based on workplace harassment will be dismissed, only those where the employee claims mental stress.

In my own, personal, opinion, I’d liked to see this case judicially reviewed.