Fixing the Duty to Mitigate 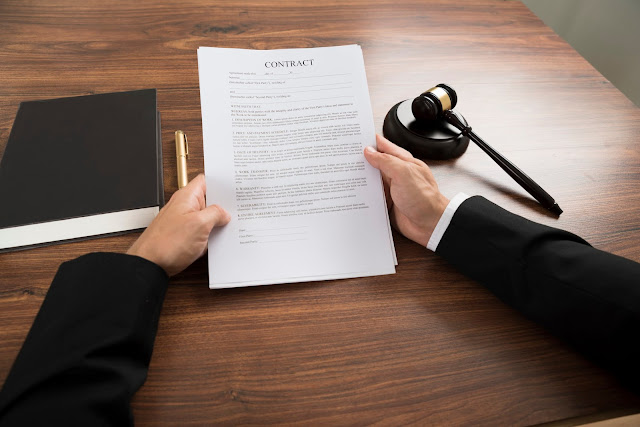 Is an employee, who is terminated without cause, required to mitigate his or her loss when entitled to a fixed term of notice or pay in lieu, and the contract of employment is silent with respect to mitigation?

In reasons for decision released June 21, 2012, Bowes v. Goss Power Products Ltd., 2012 ONCA 425, the Court of Appeal for Ontario answered that question in the negative.

As is set out in the court’s reasons for decision, the employee Peter Bowes, entered into a written contract of employment with Goss Power Products Ltd., which provided that he would receive six months’ notice or pay in lieu thereof if his employment was terminated without cause. The employment agreement, prepared by the employer, was silent with respect to a duty to mitigate.

Goss Power terminated the appellant’s employment without cause. The letter of termination stated that Mr. Bowes would be paid his salary for six months but was required to seek alternative employment during this period, keeping the respondent apprised of his efforts in this regard.

Approximately two weeks after he was terminated, Mr. Bowes was fortunate to obtain a new position at the same salary he had been earning with Goss Power. Goss Power paid the statutorily required three weeks’ salary, but nothing more. Bowes sued.

In reversing the decision of Justice Whitaker of the Ontario Superior Court of Justice, (reasons for decision reported at Bowes v. Goss Power Products Ltd., 2011 ONSC 4445), Chief Justice Winkler, for the unanimous five-member bench (Simmons, Cronk, Armstrong and Watt JJ.A. concurring) gave effect to the rule in Machtinger that parties to employment agreements can include a fixed period of notice in an employment agreement, thereby displacing the common-law period of “reasonable notice,” provided that the agreement does not violate the minimum statutory requirement relating to notice.

[26] Establishing a pre-determined period of notice in the contract of employment has certain distinct advantages. Most notably, it provides certainty. From the employer’s perspective, it has the advantage of “capping” the period of reasonable notice that a court might otherwise award in a suit for wrongful dismissal. Likewise, from the employee’s perspective, it ensures a guaranteed entitlement that may be greater than that which a court would award under common law. For both parties, pre-determining the period of notice avoids the need for litigation to assess notice upon termination.

On the original application however, Justice Whitaker had relied the decision in Graham v. Marleau, Lemire Securities Inc., 2000 CanLII 22616 (ON SC) and held that, a desire for certainty in setting out a specific term of notice does not mean that the parties intended to relieve the appellant of his obligation to mitigate. Justice Winkler disagreed, expressly rejecting the decision in Graham at paragraph 36 of his reasons for decision. Wrote Justice Winkler on this point:

[34] An employment agreement that stipulates a fixed term of notice or payment in lieu should be treated as fixing liquidated damages or a contractual amount. It follows that, in such cases, there is no obligation on the employee to mitigate his or her damages.

[37] Damages for contractually stipulated notice or pay in lieu should not be analogized directly to damages for common law reasonable notice. The parties have specifically contracted for something different; it is an error to simply equate the two.

In conclusion, Justice Winkler wrote that:

[61] Although decisions of trial courts appear to go both ways on the issue in this appeal, the preponderance of appellate jurisprudence supports the view that, where an employment agreement contains a stipulated entitlement on termination without cause, the amount in question is either liquidated damages or a contractual sum. Either way, mitigation is irrelevant.

It is hard to miss the import of the Court of Appeal’s decision. Justice Winkler did not mince words and this observer sees no ambiguity in the court’s statement.

The case is interesting on account of the ever-growing use of fixed-term notice periods. More and more employers, seeking the “certainty” of payment contemplated by these agreements are using these agreements and litigating that they are determinative. All is well and good, says the Court of Appeal, except that one cannot have his cake and eat it too. If employers want the certainty of fixed-term notice periods, then they have to pay the amount for which they contract contracted and, unless the agreement provides that there is a duty to mitigate, no such duty exists.

The takeaway for employees is be mindful of both the duty to mitigate and the actual specific wording of your severance provision.

If you are an individual looking for assistance with respect to the interpretation or enforceability of the terms of your employment contract, contact the professional, experienced and cost-effective employment lawyers for employees at Ottawa's Kelly Santini LLP; we would be happy to be of service to you.

For employers the outcome is clear, if you wish to use a fixed term severance provision either: (a) simply be prepared to pay it; or (b) include a second provision that notwithstanding the fixed amount, the employee must still attempt to mitigate his or her damages.

If you are an employer and you need to make changes to the terms of your employee’s employment, or if you want to introduce written employment agreements with your staff, then contact the professional, experienced and cost-effective employment lawyers for employers at Ottawa's Kelly Santini LLP; we would be happy to be of service to your business or organization.