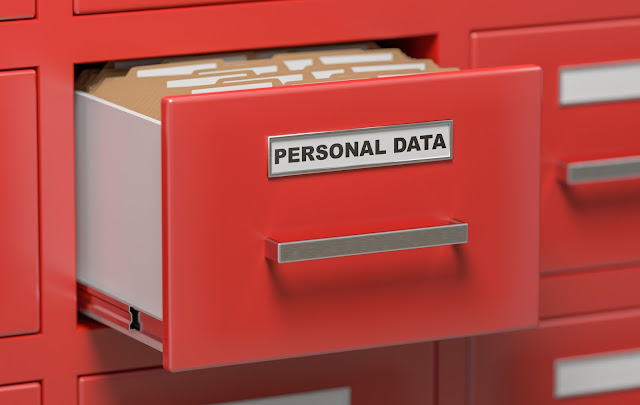 When the Court of Appeal for Ontario released its decision in the case of Jones v. Tsige, 2012 ONCA 32 many commented upon how Ontario law had finally recognized the tort of "invasion of personal privacy."

Defendant bank employee Tsige used her position within the bank to access and view plaintiff Jones’s bank records. The information displayed included transactions details, as well as personal information such as date of birth, marital status and address. However, Tsige did not publish, distribute or record the information in any way.

On the issue of the tort(s) of invasion of privacy, Justice Sharpe, writing for the Court, observed that:

[17] Warren and Brandeis argued for the recognition of a right of privacy to meet the problems posed by technological and social change that saw “instantaneous photographs” and “newspaper enterprise” invade “the sacred precincts of private life” (at p. 195). They identified the “general right of the individual to be let alone”, the right to “inviolate personality” (at p. 205), “the more general right to the immunity of the person” and “the right to one’s personality” (at p. 207) as fundamental values underlying such well-known causes of action as breach of confidence, defamation and breach of copyright. They urged that open recognition of a right of privacy was well-supported by these underlying legal values and required to meet the changing demands of the society in which they lived.

[18] Professor Prosser’s article picked up the threads of the American jurisprudence that had developed in the seventy years following the influential Warren and Brandeis article. Prosser argued that what had emerged from the hundreds of cases he canvassed was not one tort, but four, tied together by a common theme and name, but comprising different elements and protecting different interests. Prosser delineated a four-tort catalogue, summarized as follows, at p. 389:

Application to Facts in Jones

Applying the facts of the case, Justice Sharpe held that the tort committed by Tsige was that of “intrusion upon the plaintiff’s seclusion,” the first of the four recognized by Professor Prosser.

In the result, the Court of Appeal reversed the decision of the Honourable Justice Kevin M.V. Whitaker of the Superior Court of Justice, whose reasons for decision were reported at 2011 ONSC 1475, and awarded Ms. Jones $10,000 as “moral damages.”

Application to the Ontario Employment Law

I have previously considered an employee’s right to privacy with work equipment in the post Employees’ Rights to Privacy with Work Equipment. However the facts presented in the case considered in that post are not exactly on all fours with what happened in Jones.

The case of Somwar v. McDonald's Restaurants of Canada Ltd., 2006 CanLII 202 (ON SC), however, does present an interesting case study to consider in light of the decision in Jones.

Somwar concerned a McDonald’s Restaurant manager who sued his employer alleging that the defendant has unlawfully invaded his right to privacy. The plaintiff employee, Jainarine Somwar alleged in his statement of claim that the defendant had conducted a credit bureau check on him without his permission.

In rejecting the defendant employer’s motion to dismiss Mr. Somwar’s case for failing to plead a case, the Honourable Justice Stinson made explicit reference to Professor Prosser’s four categories and held that if a tort had been committed, it was that of intrusion upon seclusion. (See paragraphs 10 and 13).

In a statement perhaps ahead of his time, Justice Stinson added this comment:

[29] With advancements in technology, personal data of an individual can now be collected, accessed (properly and improperly), and disseminated more easily than ever before. There is a resulting increased concern in our society about the risk of unauthorized access to an individual’s personal information. The traditional torts such as nuisance, trespass, and harassment may not provide adequate protection against infringement of an individual’s privacy interests. Protection of those privacy interests by providing a common law remedy for their violation would be consistent with Charter values and an "incremental revision" and logical extension of the existing jurisprudence.

Justice Stinson thus held (in 2006) that, “the time has come to recognize invasion of privacy as a tort in its own right.” The employer's motion was dismissed, and given that no decision ever came out of the case, one suspects that the case was favourably settled in the employee’s favour.

It is interesting to consider Somwar post Jones v. Tsige. Given Justice Stinson’s findings that the tort of intrusion upon seclusion had likely been committed, one suspects that had Mr. Somwar pressed the case to trial he would have been awarded something for moral damages.

It is worth noting that in recognizing that there is some information worth protecting from prying eyes, the Court of Appeal in Jones did add that there were limits on what information was to be protected. Justice Sharpe enumerated that list as: one’s financial or health records, sexual practices and orientation, employment, diary or private correspondence that, viewed objectively on the reasonable person standard, can be described as highly offensive.

Although the credit check in Somwar would clearly fall within the recognized category of “financial records,” the door is opened with respect to employment records.

Observing what happened in Jones, and noting that Justice Sharp explicitly enumerated “employment records” as a type of record to be protected, employers would be prudent to ensure that employee’s personal records are well protected. Given the ease and proficiency with which records can now be scanned and saved, protections to ensure that that information is not accessible via shared servers would also be recommended.

For employees, the case presents an interesting new avenue of redress. However, what is yet to be answered, given the way Jones proceeded, is whether the employer might be held liable for the actions of a ‘rogue’ employee. (The Bank in Jones settled with Ms. Jones.)

If you believe that your privacy rights have been violated, whether within the workplace or not, then my best advice would be to seek the opinion of a lawyer. If you are in Eastern or Southern Ontario, then I would be happy to assist you.