Employee Fired by Mistake had Duty to Return 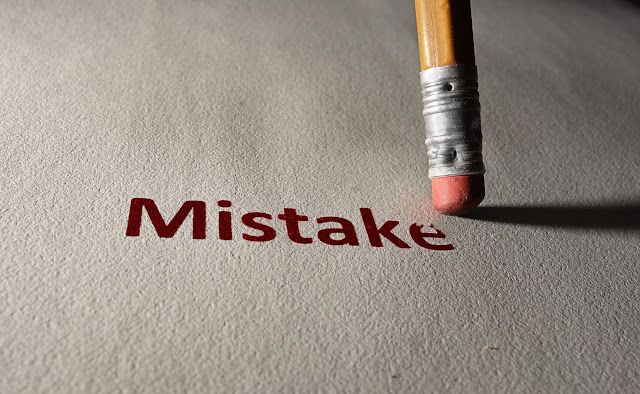 “In all seriousness however, what if an employer was fired by mistake? Could that employee still sue for wrongful dismissal?

Incredibly, that was the question that the Honourable Justice Richard Lococo was called upon to answer in the case of Chevalier v. Active Tire & Auto Centre Inc., 2012 ONSC 4309 (CanLII).

According to Justice Lococo’s reasons for decision, on October 28, 2008, the plaintiff employee Earl Chevalier was notified in writing by Peter Steele, the General Manager of Mr. Chevalier's employer, Active Tire, that he was being laid off from Active Tire’s Niagara Falls service centre as of the end of that month. Mr. Chevalier commenced his wrongful dismissal action two weeks later on November 13, 2008.

Mr. Chevalier’s position was that he was constructively dismissed when he was laid off by Active Tire in October 2008.

Active Tire took the position that Mr. Chevalier was not entitled to any damages in lieu of notice because he failed to mitigate his damages in two ways:

In reaching his decision Justice Lococo made explicit reference to Mr. Chevalier’s advanced age and his long tenure:

[15] At the time Mr. Chevalier left Active Tire’s employ in October 2008, Mr. Chevalier was 55 years old. He had been employed by Active Tire and Speedy for a total of 33 years, and there is no dispute that his years of service with Speedy counted as years of service with Active Tire. He had been manager of various service centres for 18 years, a position that put him in charge of the location in which he worked, with power to hire and fire staff and accountability for the financial performance of that location.

In so doing, I would argue that Justice Lococo employed the same principles as Justices Roberts and Lederer about providing greater notice to older workers. On this point see the post Character Comes with Age.

As mentioned, Active Tire’s position was that Mr. Chevalier was not entitled to any damages in lieu of notice because he failed to return to work at Active Tire when called back in November 2008.

As Justice Lococo observed, “The legal analysis to determine whether this position is correct involves the application of basic principles of contract law relating to mitigation of damages.”

As is set out in the court’s reasons for decision in this case at paragraph 19, and as is summarized in the post Explaining The Duty to Mitigate:

[19] Where an employee has been wrongfully terminated, the employee must take reasonable steps to mitigate his or her damages as a matter of contract law. Any benefit derived from complying with this duty must be deducted from damages awarded in lieu of reasonable notice.

Active Tire relied on the decision of the Supreme Court of Canada in Evans v. Teamsters Local Union No. 31, 2008 SCC 20 (CanLII), [2008] 1 SCR 661. In that case, the Court held that in appropriate circumstances, a dismissed employee would be required to return to work for the same employer in order to mitigate the employee’s damages:

Where the employer offers the employee a chance to mitigate damages by returning to work for him or her, the central issue is whether a reasonable person would accept such an opportunity. In 1989, the Ontario Court of Appeal held that a reasonable person should be expected to do so "[w]here the salary offered is the same, where the working conditions are not substantially different or the work demeaning, and where the personal relationships involved are not acrimonious" (Mifsud v. MacMillan Bathurst Inc., (1989), 70 O.R. (2d) 701, at p. 710). In Cox, the British Columbia Court of Appeal held that other relevant factors include the history and nature of the employment, whether or not the employee has commenced litigation, and whether the offer of re-employment was made while the employee was still working for the employer or only after he or she had already left (paras. 12-18). In my view, the foregoing elements all underline the importance of a multi-factored and contextual analysis. The critical element is that an employee "not [be] obliged to mitigate by working in an atmosphere of hostility, embarrassment or humiliation" (Farquhar, at p. 94), and it is that factor which must be at the forefront of the inquiry into what is reasonable.

Applying the Supreme Court’s ruling from Evans, Justice Lococo then went on to examine the evidence as to whether Active Ross had, as Mr. Chevalier, claimed, engaged in conduct intended to “make his life miserable” in order to cause him to leave Active Tire’s employ.

Applying the reasonable person standard, a standard that was recently questioned in the post Being Reasonable About Constructive Dismissal, Justice Lococo found that:

Active Tire met the required onus of establishing that a reasonable person would have accepted the opportunity to return to work at the Niagara Falls location of Active Tire when the opportunity was provided to Mr. Chevalier. Therefore, he failed to take reasonable steps to mitigate his damages, with the result that his damages in lieu of notice would be nil. In particular, I find that accepting the opportunity to return to Active Tire would not have obliged Mr. Chevalier to work in an atmosphere of hostility, embarrassment or humiliation, the critical element identified in the Evans decision for determining what is reasonable.

Demonstrating the problem with the “reasonable person” standard, Justice Lococo went on to comment that:

I reach this conclusion with some regret since, taking Mr. Chevalier’s evidence as a whole, I considered him to be an honest witness and do not believe that he was intentionally trying to mislead the court. However, he appeared to be very bitter about his experience as an employee of Active Tire and I had the sense that the significance of various incidents covered in his evidence became magnified and distorted in his mind over time. In this regard, I accept the evidence of the defence witnesses that their conduct relating to Mr. Chevalier, viewed objectively, was directed toward making him a more effective contributor as an employee of Active Tire, rather than making his life miserable so that he would leave the company. I also find that a reasonable person would reach that conclusion on an objective basis.

Mr. Chevalier had long-time experience in the automobile service business, and it may well be that it was beyond his capacity to embrace the almost missionary-like zeal that Mr. Steele, Mr. Chiodo and other members of Active Tire management exhibited in relation to the Steps to Success operating procedures. However, as set out in Mr. Chevalier’s employment agreement, it was a term of his employment that he follow those procedures. In my view, the conduct of Active Tire’s management was properly directed to assisting Mr. Chevalier in meeting the terms of his employment agreement, not driving him from the company.

In the result the plaintiff’s claim was dismissed. He was awarded nothing. The employer was entitled to its costs, which were assessed at $50,000 inclusive of disbursements and tax: 2012 ONSC 5682.

I have one problem with Justice Lococo’s decision: I query why Mr. Chevalier was not at least awarded his statutory termination pay in accordance with the Ontario Employment Standards Act.

Mitigating one’s damages is a common-law duty applicable to common-law damages; not statutory. Thus, at the very least, Mr. Chevalier should have received 33 weeks’ notice and severance under the provisions of the ESA.

On the whole, I agree with Justice Lococo. Mr. Chevalier should have returned to Active’s employ. Had he disagreed with the situation he could have looked for alternate employment, but at least he would have been employed.

The takeaway for employees is that there may be times where you have to accept the reality that what you have is a job and not a lawsuit. On this point also consider the post Employee Should Have Taken Test Drive, which concerns the decision in Ghanny v 498326 Ontario Limited, 2012 ONSC 3276. In these scenarios the prudent thing to do is seek legal advice and, if so advised, returned to active employment with the former employer.

The takeaway for employers is that an easy way to mitigate any claim for wrongful dismissal is to offer the employee his position back. If the decision to terminate is regretted, there is always the potential, provided that the termination was done in a reasonable way, to take the employee back. But now see the decision in Farwell v. Citair, Inc. (General Coach Canada), 2014 ONCA 177 (CanLII), summarized by this blog in ONCA: No Duty to Mitigate Unless Offer Made After Termination.

If this scenario sounds like something that has happened to you, whether you be the employee or employer, the professional, experienced and cost-effective employment lawyers at Ottawa's Kelly Santini LLP would be happy to be of service to you.