For those looking for general information about Wrongful Dismissal under Ontario law, please click this link. 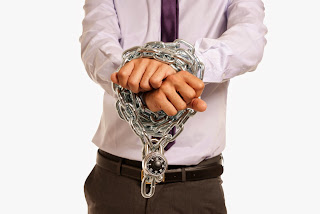 For most people who find themselves suddenly unemployed, the most pressing concern is the reestablishment of an income stream. The easiest way to do that is to find new employment. However, for some dismissed employees there is a challenge: their employment agreement with the dismissing employer contained a provision whereby they agreed not to work for a competing company.

The question raised, and answered by the Alberta Court of Appeal in Globex Foreign Exchange Corporation v. Kelcher, 2011 ABCA 240 (CanLII) is: Is a wrongfully dismissed employee still bound by the provisions of a non-competition agreement?

’No, a wrongfully dismissed employee is not bound by the terms of his or her non-competition agreement,” said the Alberta Court of Appeal. The Honourable Justice Constance Hunt (whom I have long said is the next Supreme Court of Canada appointment from the west) wrote the majority opinion.

The decision is important for two reasons. First, it affirms the position taken by this blog in the post No Changes without Consideration that absent valid consideration for the terms of a restrictive provision inserted into an existing employee’s employment agreement, the provision will be of no force or effect. Second, the decision affirmed the principle that a wrongfully dismissed employee is not bound by the terms of a non-competition agreement with his or her former employer.

Effect of Wrongful Dismissal on the Enforceability of Restrictive Covenants

In “Section E” of her reasons for decision, Justice Hunt examined the jurisprudence concerning the effect of wrongful dismissal on the enforceability of restrictive covenants, starting from the 1909 English House of Lords case of General Billposting Co Ltd v Atkinson, [1909] AC 118, 25 TLR 178. That case decided that wrongful termination renders restrictive provisions in employment contracts unenforceable.

In affirming that the General Billposting’s principle is still good law in the province of Alberta, Justice Hunt made specific reference to a 2010 Ontario Superior Court decision, Zesta Engineering Ltd. v. Cloutier, 2010 ONSC 5810 (CanLII), in which Justice Stinson had observed that:

[183] This [the principle set out in General Billposting] make sense, because to allow employer to enforce the restrictive covenant would be to allow it to benefit from its own breach of contract. This analysis applies equally to a general fiduciary obligation not to compete with one's former employer.

Justice Hunt wrote the following on behalf of the Alberta Court of Appeal:

[54] I am not persuaded it is appropriate to deviate from this long settled principle of employment law. Indeed, there are valid reasons for excusing a wrongfully dismissed employee from compliance with restrictive covenants. Most particularly, to hold otherwise would reward employers for mistreating their employees. For example, an employer could hire a potential competitor, impose a restrictive covenant on the employee, then wrongfully dismiss her a short time later and take advantage of the restrictive covenant. This would be a highly effective, but manifestly unfair, way of reducing competition. A second justification (alluded to by Simon Brown L.J. in Rock Refrigeration) may be that enforcing a restrictive covenant in the face of wrongful termination prima facie negates the consideration (whether continued employment or something else) given by the employer to the employee when she accepted the restrictive covenant. Said another way, because the employment was prematurely and wrongfully terminated the employee will not “have received, during the period of his or her employment, an extra amount of remuneration for having conceded to be bound by the restraint in the contract”: Employment Law in Canada at §11.48.

[55] There is an additional reason why wrongful dismissal ought to relieve an employee from compliance with covenants that restrict future employability. A wrongfully terminated employee is entitled to damages, but a defendant employer can argue that damages ought to be reduced because of the employee’s unreasonable failure to mitigate the loss by taking other employment: Red Deer College v Michaels, [1976] 2 SCR 324. The defendant’s burden of demonstrating a failure to mitigate is onerous, however, because although in breach, he is demanding positive action from the innocent party: Cheshire, Fifoot and Furmston at 683. Defendants cannot complain of a failure to mitigate caused or materially contributed to by their own actions: 2438667 Manitoba Ltd v Husky Oil Limited, 2007 MBCA 77.

In my opinion, although this decision received some celebrity within the Canadian employment law world, little was actually advanced in this decision. The principle that an employer’s repudiation of an employment agreement voids a restrictive covenant contained within it has been the law for over a century and repeatedly affirmed by this country’s courts.

Similarly, the rule that continued employment is not valid consideration for changes to an employee contract has been observed since the 1935 Supreme Court of Canada decision in Maguire v. Northland Drug Co. Ltd., [1935] SCR 412.

Accordingly, while I agree with the decision and I do not dispute that it is important, it stands more as an affirmation of long-standing principles than developing any particular point of law.

The decision is important because it serves as a reminder for employers that if they wish to dismiss an employee they must do so fairly and in accordance with the law. The failure to do so can have several unanticipated and undesired consequences, including perhaps the dismissed employee being permitted to compete against the dismissing employer.

If you are an employer and are considering terminating the employment of any employee, whether his or her employment contract contains a non-competition provision or not, it may be prudent to speak with an employment lawyer first. The professional, experienced and cost-effective employment lawyers for employers at Ottawa's Kelly Santini LLP would be happy to be of service to your business or organization.

The takeaways for employees are that:

If you are an employee and you have recently been let go from your job, and if you are looking for an employment lawyer to assist you with your case, the professional, experienced and cost-effective employment lawyers for employees at Ottawa's Kelly Santini LLP would be happy to be of service to you.