Employers Must Accommodate Parents - What It Means 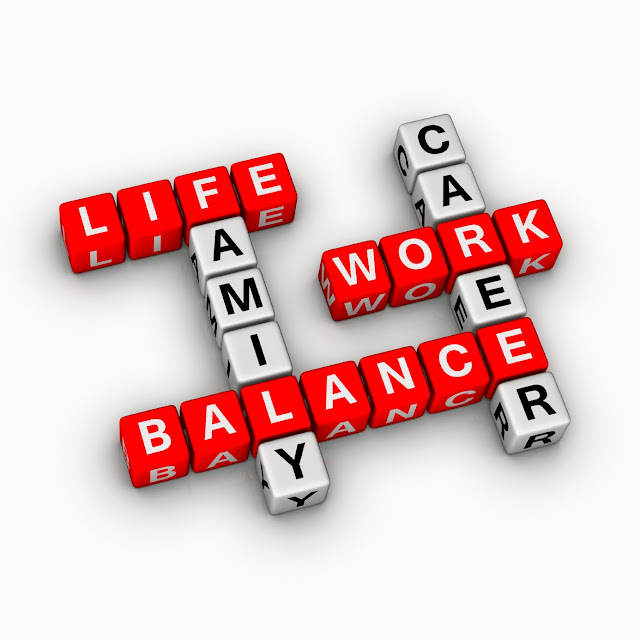 On January 31st, 2013, a Federal Court judge affirmed a 2010 ruling of the Canadian Human Rights Tribunal that said that employers have a duty to accommodate “childcare obligations” as a component of their duty to accommodate an employee’s “family status.” On May 2, 2014, the Federal Court of Appeal varied the Federal Court’s ruling slightly, but for reasons immaterial to this post. In all other respects the court upheld the decision in favour of Ms. Johnstone.

The facts of the case and the courts’ decisions have left many Canadians, both employees and employers, asking questions about what the decision means for them.

As a brief summary of the facts, Ms. Johnstone worked for the Canadian Border Services Agency (“CBSA”) as a customs agent at Toronto’s Pearson International Airport, as did her husband. The evidence was that CBSA employees worked varying and rotating shifts.

In January 2003, following the birth of her first child, Ms. Johnstone requested accommodation. Specifically, she requested she continue in full-time employment with a fixed daytime shift schedule that coincided with childcare available to her. She renewed this request in December 2005 after the birth of her second child.

The evidence further showed that CBSA was unwilling to provide Ms. Johnstone with fixed shifts on the basis of an unofficial policy that said the she would have to work varying shifts, unless she had a legitimate reason for accommodation.

Finally, the evidence demonstrated that CBSA was able to provide Ms. Johnstone fixed shifts, and in fact offered them to her provided that she was willing to work part-time hours and thus sacrifice her benefits, etc. CBSA had, in fact, made similar accommodations for others for either disability or religious reasons.

The issue that the court had to decide was whether providing or arranging for childcare triggered the duty to accommodate Ms. Johnstone’s family status.

Decision of the Federal Court

The case was decided with reference to the Canadian Human Rights Act. Section 3 of that Act provides that:

For all purposes of this Act, the prohibited grounds of discrimination are race, national or ethnic origin, colour, religion, age, sex, sexual orientation, marital status, family status, disability and conviction for an offence for which a pardon has been granted or in respect of which a record suspension has been ordered.

In deciding that childcare obligations were included within the definition of “family status,” which, as Justice Mandamin noted, is not a term defined by the Act, Justice Mandamin wrote that:

…it is difficult to have regard to family without giving thought to children in the family and the relationship between parents and children. The singular most important aspect of that relationship is the parents’ care for children. It seems to me that if Parliament intended to exclude parental childcare obligations, it would have chosen language that clearly said so.

In result, I conclude the Tribunal’s conclusion that family status includes childcare obligations is reasonable. It is within the scope of ordinary meaning of the words; it is in accord with decisions in related human rights and labour forums; it is in keeping with the jurisprudence; and it is consistent with the objects of the Act. (Paras. 112-113)

Decision of the Federal Court of Appeal

At the Federal Court of Appeal, the employer attempted to argue that by including childcare obligations into the definition of “family status”, the Canadian Human Rights Tribunal had unreasonably expanded the definition of that term. "Family status", CBSA argued, was not intended to include substantive parental obligations. CBSA argued that the intent of the law was to focus on whether the person seeking accommodation was a part of a family, not whether, as part of a family, the person required accommodation.

[66] There is no basis for the assertion that requiring accommodation for childcare obligations overshoots the purpose of including family status as a prohibited ground of discrimination. Indeed, without reasonable accommodation for parents’ childcare obligations, many parents will be impeded from fully participating in the work force so as to make for themselves the lives they are able and wish to have. The broad and liberal interpretation of human rights legislation requires an approach that favours a broad participation and inclusion in employment opportunities for those parents who wish or need to pursue such opportunities.

The Federal Court of Appeal was quick to ensure that such a decision, however, should not be used to trivialize the importance of human rights legislation. In rejecting the argument that allowing accommodation for childcare obligations would open the doors to parents attempting to leave work early to attend soccer practice, the Honourable Justice Robert M. Mainville, writing on behalf of the Federal Court of Appeal wrote the following:

[69] It is also important not to trivialize human rights legislation by extending human rights protection to personal family choices, such as participation of children in dance classes, sports events like hockey tournaments, and similar voluntary activities. These types of activities would be covered by family status according to one of the counsel who appeared before us, and I disagree with such an interpretation.

[70] The childcare obligations that are contemplated under family status should be those that have immutable or constructively immutable characteristics, such as those that form an integral component of the legal relationship between a parent and a child. As a result, the childcare obligations at issue are those which a parent cannot neglect without engaging his or her legal liability. Thus a parent cannot leave a young child without supervision at home in order to pursue his or her work, since this would constitute a form of neglect, which in extreme examples could even engage ss. 215(1) of the Criminal Code.

Most importantly, and perhaps most succinctly the Federal Court of Appeal said this about the extent of the rights of parents under human rights’ legislation:

[71] Put another way, the parental obligations whose fulfillment is protected by the Canadian Human Rights Act are those whose non-fulfillment engages the parent’s legal responsibility to the child.

In the conclusion, the Federal Court of Appeal decided that, “the ground of family status in the Canadian Human Rights Act includes parental obligations which engage the parent’s legal responsibility for the child, such as childcare obligations, as opposed to personal choices.”

As a note to readers: the “Federal Court” is not a higher court than Ontario courts. It is, conceptually, at the same level as the Ontario Superior Court of Justice; it just has different jurisdiction. Specifically, the Federal Court hears certain cases concerning certain (but not all) federal laws, one of which is the Canadian Human Rights Act. If you’re confused, you’re not alone; the point is that the “Federal Court” is no higher authority than the Ontario Superior Court of Justice.

When the Federal Court released its decision in January 2013, many were already worrying that the decision in Johnstone would mean that employees with children would be able to dictate their own shifts, cherry picking the prime spots, leaving only the undesirable shifts for the single and childless.

Others, such as Toronto-based employment lawyer Stuart Rudner have mused that elder cases could be next, as employees with aging parents start asking for accommodation to look after them. On that point this author unreservedly agrees.

What Does This Mean for My Business?

Many employers have been asking, what does this mean for my business? Sure, it’s all fine and good that the federal government, and an organization as large as the Canadian Border Services Agency has a duty to accommodate, but what about my small business?

The answer lies in the law itself. The law says that employers have a duty to accommodate employees with familial responsibilities, but only to the point of “undue hardship.” Defining the limits of undue hardship is a point of consternation for many small business owners; it can often lead to litigation. The point remains that the law does not afford employees a blank cheque – it all about reasonableness.

In Ms. Johnstone’s case, the court found that the CBSA had the means to accommodate her request and, more importantly, that her request was reasonable. Whether any particular request will also be viewed as reasonable will depend on both the nature of the employer’s business and the request itself. Some requests will have to be accommodated, but not all. As the Federal Court of Appeal has now said, only “obligations” must be accommodated; not choices.

Finally, as is considered in this blog’s post School Board Learns Lesson in Accommodation, employers need to note that there are both substantive and procedural aspects to the duty to accommodate, meaning that in addition to sometimes having to make accommodations, employers always have to think about ways it could accommodate the employee.

For more posts about the Duty to Accommodate click this link.