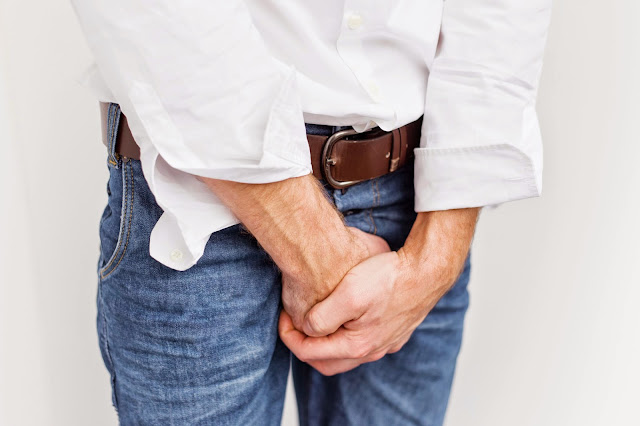 Imagine, for a moment, the most ridiculous act of self-harm that an individual could do himself. Did you imagine stapling your scrotum to a 4 x 4 wooden plank, and then uploading to YouTube a video of you doing that while wearing your work shirt? Because someone actually did that, and it partially speaks to why your business or organization needs a social media policy.

By now the facts of the 2011 Ontario Labour Relations Board case of International Union of Elevator Constructors, Local 50 v ThyssenKrupp Elevator (Canada) Ltd, 2011 CanLII 46582 (Ont. L.R.B.) should be notorious: ThyssenKrupp dismissed an employee from employment when a video posted on the internet showing him with his genitals exposed and his scrotum being stapled to a 4 x 4 wooden plank came to its attention.

The employee was dismissed for violating the company’s Workplace Harassment policy; his genitals having been exposed for an extended period of time.

In upholding the dismissal, OLRB Vice-Chair Harry Freedman wrote what many must be thinking:

[30] … simply because some men like the Jackass principals are prepared to engage in grossly stupid behaviour and then attempt to profit from their stupidity through television, internet videos and movies, or like the grievor by taking bets on whether they will actually engage in that sort of conduct, does not mean that kind of behaviour ought to be tolerated in the workplace, even if it takes place outside of working hours during employees’ lunch or break periods.

[31] I am prepared to assume, without deciding, that the grievor was unaware of the details of the responding party’s workplace harassment policy and therefore need not determine whether his conduct was contrary to that policy.  In my view, any reasonable employee would recognize that exposing one’s genitals and having one’s scrotum stapled to a 4x4 wooden board on the employer’s premises and permitting that conduct to be recorded on a video is patently unacceptable in almost any workplace particularly when the employer of the employees involved can be easily identified. An employer, in my view, need not establish and promulgate a policy prohibiting that kind of behaviour.

To the point of why a social media policy is necessary for employers, Vice-Chair Freedman added:

[34] The responding party is engaged in a safety sensitive industry. The incident occurred at a major construction project in downtown Toronto. It was clear the employees were engaged in pranks and horseplay that culminated in the incident for which the grievor was discharged. In these circumstances, and in view of the evidence about the notoriety of the video among general contractors and others in the construction industry, I am satisfied the responding party has demonstrated real prejudice to its reputation as a safety conscious elevator contractor with a highly skilled and competent workforce. In my view, an elevator contractor that is believed to tolerate pranks and horseplay in the workplace is at significant risk of having its business reputation damaged. A general contractor or owner might well have second thoughts about having elevators installed by individuals associated with a workplace where employees engage in stunts and horseplay and are proud to have done so.

Examples such as that of the ThyssenKrupp case abound. For example, there is the sort about a St. Louis Applebees’ employee who was terminated after posting to the internet a picture of a customer’s complaint about the automatic application of 18% gratuity. In a statement from Applebee’s president Mike Archer responding to the incident, the company president wrote that:

…the guests who visit Applebee’s… expect and deserve to be treated with professionalism and care in everything we do. That is a universal standard in the hospitality business. That includes respecting and protecting the privacy of every guest, which is why our franchisees who own and operate Applebee’s have strict policies to protect personal information -- even guest’s names.

Some may be asking themselves, ‘if OLRB Vice-Chair Freedman said that no policy was required in order to uphold the summary dismissal of an employee, why should my organization have a social media policy?’

A frequent subject considered by this blog is that of “just cause” for dismissal. The case most commonly referred to in that analysis is McKinley v. BC Tel, 2001 SCC 38. In that Supreme Court of Canada decision it was held that summary dismissal of an employee (i.e. dismissal without the provision of notice or severance) was only warranted where an employee “violates an essential condition of the employment contract, breaches the faith inherent to the work relationship, or is fundamentally or directly inconsistent with the employee’s obligations to his or her employer.”

Having a court find that it was an implied term of employment that an employee would not damage his or her employer’s reputation through online actions is one thing, but having a policy on the subject towards which an employer could turn (such Applebee’s did) is better. In this way employees know where they stand and what they are and are not permitted to do.

I have heard of some companies prohibiting their employees from listing where they work on Facebook. The company's concern is that, given the number of employees that it employs, some of those employees may do foolish things, (although maybe not as foolish as the ThyssenKrupp employee,) and even if those foolish things are done on their own time, by being associated with the brand the employee may do harm. The policy is clear and easy to follow: if you work here, don’t say so on Facebook.

Employees must honor the privacy rights of APPLEBEE’s and its employees by seeking permission before writing about or displaying internal APPLEBEE’S happenings that might be considered to be a breach of privacy and confidentiality. This shall include, but not be limited to, posting of photographs, video, or audio of APPLEBEE’S employees or its customers, suppliers, agents or competitors, without first obtaining written approval from the Vice President of Operations.

More importantly, Applebee’s policy goes on to provide that:

Employees who violate this policy will be subject to disciplinary action, up to and including termination of employment.

There is simply no limit to the harm that can be done via the internet these days. The potential for something to “go viral” is real. For some reason a Korean music video is the most viewed item on YouTube, notwithstanding how few people on this planet actually speak Korean. (I don’t understand Korean, but I’ve seen Gangnam style…)

For that reason employers have a vested interest in attempting to control what employees do on the internet. It will not prevent all indiscretions – nothing can – but it may assist and it will certainly assist employees in knowing their rights as well.