How to Tell if an Ontario Worker is a Construction Employee 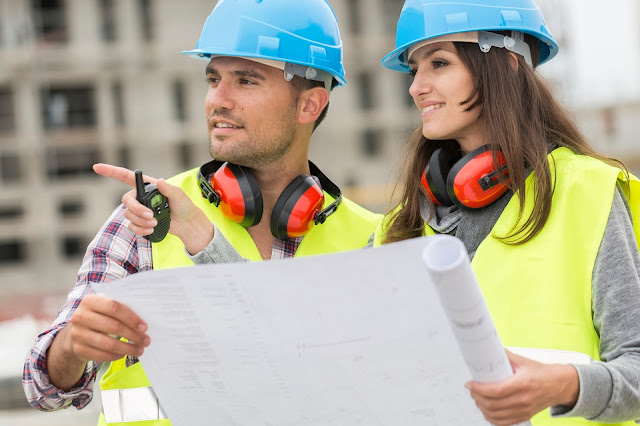 There are exceptions to every rule. For example, not all workers in Ontario are covered by all aspects of Ontario’s employment laws. Some workers’ rights, for example bank employees and those who work for airlines, are governed by the Canada Labour Code. In other cases, even those who are generally covered by the Ontario Employment Standards Act, 2000 are not covered for all aspects.

Implications of Being a Construction Employee

The Ontario Employment Standards Act, 2000 prescribes minimum standards for the termination of employees’ employment. Unless exempted from the application of that law, employees dismissed by their employers are entitled to a certain, minimum amount of notice of their dismissal or a payment in lieu of such notice.

“Construction employees” are among the list of employees enumerated by regulation (O. Reg. 288/01) who are not entitled to statutory notice of dismissal or termination pay in accordance with the ESA.

What is a “Construction Employee”?

The definition of “construction employee” in the Termination and Severance of Employment Regulation, is the same as that used in the Exemptions, Special Rules and Establishment of Minimum Wage Regulation, which is:

(a) an employee employed at the site in any of the activities described in the definition of “construction industry”, or

(b) an employee who is engaged in off-site work, in whole or in part, but is commonly associated in work or collective bargaining with an employee described in clause (a)

“Construction industry” is defined as:

The businesses that are engaged in constructing, altering, decorating, repairing or demolishing buildings, structures, roads, sewers, water or gas mains, pipe lines, tunnels, bridges, canals or other works at the site.

The definition would appear easy enough to interpret. However, as Labour Arbitrator Knopf so wisely put in her reasons for decision in Hamilton (Corporation) v. Canadian Union of Public Employees, Local 5167, 2010 CanLII 43303 (Ont. L.A.):

In everyday life, one can presume that when something looks like a duck, walks like a duck and sounds like a duck, it must be a duck. Therefore, one might also think that if something looks like a repair and construction, it must be construction and repair. However, statutory interpretation and application is not so simple and cannot be based upon initial impressions. Just because something may look like a construction site does not mean that the work or the employees fit within the meaning of “construction industry” or “repairs” under the Employment Standards Act. As Enereau Investments Inc. instructs, one cannot look simply at the work that is being done in order to determine whether the limitations on hours of work in the ESA apply to the situation. One has to look at the actual work, the context in which it is being done and the purpose of the legislation itself.

In a 2009 decision of the Ontario Labour Relations Board, cited with approval by Arbitrator Knopf, the Board held that:

The [Employment Standards] Act in this case is benefits conferring legislation that is broadly premised on the need to protect employees and stemming from the inherent imbalance in bargaining power between employers and employees. In this context, a broad and liberal interpretation of the Act requires that any regulation that seeks to limit the applicability of benefits conferred by the Act (such as limits on hours an employer can require or permit an employee to work) be assessed in this legislative context. To interpret “construction employee” as an employed person who engages in any of the enumerated activities for any part of his or her time would lead to an absurd result in the context of the Regulation viewed within the applicable legislative scheme.

Thus, in order to prove that an employee is a “construction employee” the employee must be engaged in the tasks enumerated by the regulation for at least 50% of his or her working time.

Furthermore, it is important to note that there is a difference between “maintenance” and “repair.” While repairing buildings, structures, roads, sewers, water or gas mains, pipe lines, tunnels, bridges, canals or other works may make an employee a “construction employee”, maintaining them would not. The distinction between maintenance and repair has been described by the Ontario Labour Board as follows, “Maintenance has to do with preserving the functioning of a system, while repair involves restoration of a system to a functional state.”

In the Hamilton decision Arbitrator Knopf held that “repairs” being undertaken on water and sewage pipes, including replacing broken pipes or defective valves, was maintenance and not a repair because the employee’s work did not “increase the nature, the capacity or the efficiency of the system.”

The Hamilton decision is an important one for assisting those in interpreting whether an employee is a “construction employee.” It is also reassuring in its commentary that while sometime something may look like a duck, it may actually be an entirely different animal.

If you are an Ontario employer and are considering taking action against what you believe to be a construction employee, it may be prudent to seek out a legal opinion on the issue first. The labour and employment lawyers at Kelly Santini LLP in Ottawa, Ontario would be happy to be of service to you.