What is the Maximum Amount of Reasonable Notice Under Ontario Law? 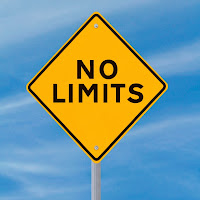 What is the maximum amount of reasonable notice, also referred to as severance, to which an employee dismissed in Ontario can be entitled under Ontario employment law? As at least one observer has asked, is the sky now the limit? See: Reasonable notice: The sky’s the limit?

The question was asked following the 2012 decision of the Ontario Superior Court in Abrahim et al v. Sliwin et al, 2012 ONSC 6295 (CanLII), in which the Honourable Justice Douglas Gray held, on an undefended default motion that, “I fail to see how a cap of 24 months, or indeed any maximum, is appropriate.”

What is interesting about this case is that the plaintiffs had proposed using the following formula for the calculation of their reasonable notice damages:

(a) one months’ pay for each year of service;

Note that it was the plaintiffs who had suggested the cap of 24 months, not the defendant or the court.

In his reasons for decision Justice Gray disagreed that the formula so proposed was tenable at law. Nonetheless, His Honour was prepared to award damages based upon that formula.

In rejecting the one-month-per-year-of-service approach Justice Gray repeated what is set out in this blog’s description of how to calculate reasonable notice under the common law (see What is Wrongful Dismissal?) This blog has taken the position that:

With respect to length of employment, one would be prudent to observe that the ‘rule’ that one is entitled to one month’s notice for every year of employment has been expressly and repeatedly rejected as a rule by the Ontario courts. (See Minott v. O'Shanter Development Company Ltd., 1999 CanLII 3686 (ON CA.)) One cannot simply take his or her length of service to his or her employer and multiply by one month in order to calculate one’s entitlement on termination.

In his reasons, Justice Gray held that:

[20] At para. 69, Laskin J.A. held that the trial judge, Molloy J., erred by using as a starting point for determining the period of reasonable notice, a “rule of thumb” that an employee is entitled to one month’s notice for every year worked. At para. 73, he stated as follows:

In commenting upon the ‘cap’ of 24 months, Justice Gray held that:

[24] In Di Tomaso, the plaintiff was employed for over 33 years as a mechanic and press maintainer. The trial judge, Allen J., awarded the plaintiff damages equal to 22 months’ pay. It was argued, as had also been argued in Minott, that case law had established 12 months as the upper limit of appropriate notice for clerical and unskilled employees. MacPherson J.A., for the Court of Appeal, disagreed. At para. 27, he stated that the character of the plaintiff’s employment “is today a factor of declining relative importance.” In practical terms, character of employment is now largely irrelevant except for a small class of very senior employees: see Love v. Acuity Investment Management Inc. (2011), 89 C.C.E.L. (3d) 157 (Ont. C.A.)

[25] In my view, if a cap of 12 months is not appropriate, I fail to see how a cap of 24 months, or indeed any maximum, is appropriate. Two of the plaintiffs had worked for one or more of the defendants for at least 35 years, and were 63 years of age or older. I might have decided to award more than 24 months’ pay had such a request been made.

In the result, while Justice Gray disagreed with the approach of one-month-per-year, he found that the amount claimed on behalf of each plaintiff was reasonable in the circumstances.

As this blog has previously noted, (see e.g. Greater Notice Required for Older Employees) the cap on reasonable notice at 24 months is not a cap at all.

Commenting upon the ‘cap’ in that case Justice Roberts held that:

While there is no cap on the amount of reasonable notice of employment termination to which an employee may be entitled, and each case must be considered on its own particular circumstances, 24 months is usually the higher end of the range unless generally there are exceptional circumstances: Lowndes v. Summit Ford Sales Limited, 2011 ONCA 469, at para. 11.

So what does this mean for employees and employers? In my opinion it means exactly that which Justice Roberts said: each case must be considered on its own particular circumstances, and there simply is no formulaic approach or cap that one can use calculate damages. That assessment must be done on the whole of the Bardal factors.

The takeaway from cases such as Abrahim and Hussain for both employers and employees should be that in calculating an employee’s entitlement to reasonable notice it likely pays to obtain professional legal advice.

the professional, experienced and cost-effective employment lawyers at Ottawa's Kelly Santini LLP would be happy to be of service to you.