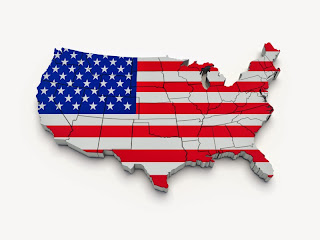 Is the term “United States of America” ambiguous? In a decision with serious potential ramifications for employment law, the Honourable Justice Ellen MacDonald has held that it is.

The case is of relevance for those in the employment law world because it is not uncommon for a non-competition agreement to list the “United States of America” as a geographic area in which a former employee is prohibited from working. If the term is ambiguous, then arguably the term is unenforceable.

In her reasons for decision, Justice MacDonald held that the term “United States of America” is “inherently complex and ambiguous” as it may include any combination of the following:

To this observation Justice MacDonald added:

[18] There is no guidance under any of the relevant provisions so as to enable an average individual purchasing insurance to understand whether he or she may be covered for an accident that occurred in the United States Virgin Islands. It may be particularly confusing, given that the words “Virgin Islands” have the words “United States” before them.

Furthermore in attempting to find a consistent meaning for the term “United States of America” Justice MacDonald noted that the statutory definitions of the term varied by statute, sometimes including the United States Virgin Islands, and sometimes not.

Given that the term was inherently ambiguous Justice MacDonald held the contra proforentum doctrine had to apply, resolving the ambiguity in favour of Ms. Baughan.

In the result, Justice MacDonald declared the U.S. Virgin Islands as a part of the United States of America for the purposes of Ontario automobile insurance.

As readers may recall, in order to be legally enforceable a non-competition agreement must be reasonable in terms of the scope of services prohibited; the length of time for which it applies; and its geographic scope.

In the Supreme Court of Canada case of Shafron v. KRG Insurance Brokers (Western) Inc., 2009 SCC 6, the Court struck down a non-competition clause that used the term “Metropolitan City of Vancouver” as the term was devoid of meaning, and therefore the geographic scope criterion was not satisfied.

It is now at least arguable that the term “United States of America” is equally as ambiguous as the term “Metropolitan City of Vancouver” and therefore any agreement using such a term equally as unenforceable. Non-competition agreements using even fewer words than “United State of America,” such as “United States” or “USA” or “US,” may find themselves even more likely on the losing end of the ambiguity argument.

For more reasons why a non-competition agreement may be struck down by the courts, consider the post Wrongfully Dismissed Employee Not Bound by Non-Competition Agreement .

If you are considering leaving your current job, or you have recently left you old job, and you believe you are subject to a non-competition agreement it may be prudent to seek a professional legal opinion before conceding defeat. The professional employment lawyers at Ottawa's Kelly Santini LLP would be happy to be of service you.

The takeaway for employers with labour pains is that it may be prudent to have your non-competition agreements reviewed. While few likely foresaw the term “United States of America” being found to be ambiguous, there is now at least one Ontario judge saying that it is. If you believe that the terms of your non-competition agreement could use some updating, the professional employment lawyers at Ottawa’s Kelly Santini LLP would be happy to be of service to you.