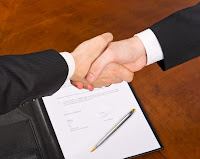 Can an employer refuse to pay out a severance package after it offers it to an employee and the employee agrees to accept it? That was essentially the question that the Ontario Superior Court of Justice was asked to resolve in the case of Dennis v. Ontario Lottery and Gaming Corporation, 2014 ONSC 3882 (CanLII).

According to the Honourable Justice Brian P. O’Marra, a deal is a deal.

As is set out in the Honourable Justice O’Marra’s reasons for decision:

In October of 2012, Brenda Dennis accepted a termination “without cause” package from her employment at OLG. She had worked there for over 13 years. Her position was security manager. Before she received the proceeds of the settlement OLG discovered that there was a shortfall in cash related to an initiative operated by her on behalf of the employee social committee. The settlement was held in abeyance by OLG pending a police investigation. Brenda Dennis was ultimately charged with theft. The charge was withdrawn by the Crown at the first court appearance in December of 2012. A subsequent internal investigation by OLG concluded that Brenda Dennis had stolen the funds. OLG then took the position that the termination was now “for cause” and rescinded the settlement reached in October of 2012.

Ms. Dennis sued, taking the position that the case was not about just cause rather it was a case of contract: OLG had made her and offer and she had accepted it.

After reviewing the evidence in the case related to the employer’s allegations of just cause, Justice O’Marra decided that it was “totally disproportionate for OLG to view her conduct as support for termination with cause.”

Relatively little analysis was given to the issue of whether OLG could take back the severance package after having offered it. Perhaps little more was needed other than what Justice O’Marra wrote:

[49] The offer to terminate without cause was made at the instance of OLG. They came up with the settlement package. There is no evidence that the plaintiff induced OLG to make the settlement offer.

[50] OLG received valuable consideration for the settlement package in the form of a final release signed by Brenda Dennis foregoing any claim for wrongful dismissal or related causes.

In the result, the court ordered that Ms. Dennis was entitled to enforcement of the termination without cause settlement of October 12, 2012 plus interest.

Stripping away the employer’s arguments of having after-acquired cause to terminate Ms. Dennis’ employment, which arguments were unsuccessful, the case is really one of first principles contract law. OLG had made Ms. Dennis an offer, she accepted it, and both sides received consideration for the bargain – as any first year law student could tell you, that’s a binding contract.

Perhaps it is no surprise that Justice O’Marra spent so little time on the issue in his reasons for decision. There was really very little to consider.

The takeaway for employers is that if you believe that you may have just cause to let an employee go, the time for coming to that conclusion is before the termination is effected. While not an issue in this case, courts are coming down harder on employers for investigations that are not properly conducted. What is more, as this case demonstrates, changing one’s mind about whether just cause existed is a difficult and precarious position. Better to get it right the first time.

If you are an employer in Ontario and are thinking of dismissing one of your employees, whether for just cause or otherwise, it may be prudent to seek legal advice before doing so. The professional, experienced and cost-effective employment lawyers for employers at Ottawa's Kelly Santini LLP would be happy to be of service to your business or organization.

The takeaway for employees is that if you are offered a severance package and agree to accept it, you should expect to receive that for which you bargain. Saying that is a double-edged sword, however. While in Ms. Dennis’ case, getting what she bargained for is what she wanted, in some cases dismissed employees discover that they may actually have been entitled to a lot more than that for which they bargained. On that point see the post The High Price of Free Employment Law Advice, concerning a case of employees who agreed to accept only the minimum amount of termination pay prescribed by the Ontario Employment Standards Act, 2000. It is therefore very important to speak to a lawyer before agreeing to accept anything. As the Dennis case demonstrates, a deal is a deal.

If you have been let go from your job and want to know if the severance package being offered to you is fair before you accept it, the professional, experienced and cost-effective employment lawyers for employees at Ottawa's Kelly Santini LLP would be happy to be of service to you.