The modern English language is a powerful tool. However, it also has its challenges; synonyms, homonyms, and inexplicable exceptions to rules. (For example, try explaining to someone why the plural of moose is moose, goose is geese, and mouse is mice.) In the employment law context, the word that is most often the source of confusion and consternation is “contract.”

The purpose of this post is to look at the differences between:

Those terms often get commingled in everyday conversation, leading to incorrect assumptions and the aforementioned confusion and frustration. Therefore, as best as one can, given the limitations of the written word, here is a summary of the ways in which the law uses “contract.”

The first subject that must be considered is the presumption that an individual working pursuant to the terms of a written agreement, a contract, is necessarily an “independent contractor”.

The terms “independent contractor” and “employee” when used in this context delineate to whom certain rights attach. For example, whereas “employees” are afforded certain rights and protections pursuant to the Employment Standards Act, 2000, “independent contractors” generally are not. By the same token, as is explained by this blog in the post Can Independent Contractors Get EI Benefits, whereas “employees” are entitled to receive Employment Insurance (EI) benefits if they find themselves suddenly unemployed, “independent contactors” generally are not.

Determining whether a worker is actually an “independent contractor” is more complicated than simply looking at the terms of the agreement. Both the courts and the Canada Revenue Agency have a more complicated and involved approach to answering that question.

The Approach of the Courts

From the perspective of the courts, the leading case on whether a worker is an independent contractor or an employee is the decision of the Supreme Court of Canada in 671122 Ontario Ltd. v. Sagaz Industries Canada Inc., [2001] 2 SCR 983, 2001 SCC 59 (CanLII).

The issue in that case was whether the alleged “employer” was vicariously responsible for the actions of its “employees.” While the facts of that case are more involved than this post calls for, on the issue of the differences between employees and independent contractors, the Supreme Court of Canada said this:

In order to determine whether a worker was an “independent contractor” or “employee”, the Court said that:

[47] Although there is no universal test to determine whether a person is an employee or an independent contractor… The central question is whether the person who has been engaged to perform the services is performing them as a person in business on his own account. In making this determination, the level of control the employer has over the worker’s activities will always be a factor. However, other factors to consider include whether the worker provides his or her own equipment, whether the worker hires his or her own helpers, the degree of financial risk taken by the worker, the degree of responsibility for investment and management held by the worker, and the worker’s opportunity for profit in the performance of his or her tasks.

[48] It bears repeating that the above factors constitute a non-exhaustive list, and there is no set formula as to their application. The relative weight of each will depend on the particular facts and circumstances of the case.

What Sagaz demonstrates is that determining the status of a worker is difficult. Moreover, what the case clearly shows is that the courts are interested in more than simply whether the employee signed an agreement, which said that he or she was an “independent contractor.”

The Approach of the Canada Revenue Agency

The Canada Revenue Agency (CRA) employs a similar approach to that of the courts. If one looks at RC4110 – Employee or Self-Employed, CRA employs a two-step approach.

In step two, CRA will essentially ignore the results of step one and look at the following factors:

Consequences to the Employer of Getting it Wrong

As is explained more fully in the post Can Independent Contractors Get EI Benefits:

A finding by CRA that the worker was actually an "employee" and not an independent contractor, and thus is eligible for EI benefits, can be a relief for someone who finds himself suddenly unemployed but it can also be disastrous for the employer.

If you are an employer and believe that your workers are independent contractors it may be worth your time considering that post. If you did not obtain legal advice before labelling your workers “independent contractors”, then the time to seek legal advice is before people start asking questions not after. The professional, experienced and cost-effective employment lawyers for employers at Ottawa's Kelly Santini LLP would be happy to be of service to your business or organization.

Presuming that the worker is an employee and not an independent contractor, the second issue that must be considered is whether the employee is a term employee. 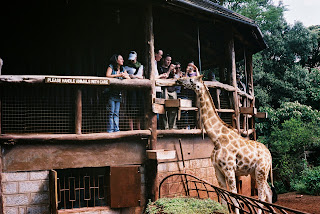 Whether reduced to writing or not, all employees work pursuant to the terms of an employment agreement, or what some would call a “contract.” However, in the same way that having a long neck does not necessarily make one a giraffe, having a written employment contract does not necessarily make a worker a contractor either. (All giraffes have long necks, but not everything that has a long neck is a giraffe. All contractors have contracts, but not everyone that has a contract is a contractor.)

In cases where the length of employment is supposedly defined by the contract, both employees and employers need to be mindful of the law’s limitations on such contracts.

For most workers in Ontario, the applicable employment standards legislation is the Employment Standards Act, 2000. Pursuant to that law, in most cases, an employee’s employment may not be terminated without the provision of notice or a payment in lieu thereof. However, the law does provide some exceptions to the rule. Ontario Regulation 288/01, Termination and Severance of Employment, made pursuant to the provisions of the Employment Standards Act, 2000 lists the ways by way an employer may be exempted from providing an employee with notice or severance. Paragraph 1 of subsection 2(1) of O. Reg. 288/01 provides as follows:

2(1) The following employees are prescribed for the purposes of section 55 of the Act as employees who are not entitled to notice of termination or termination pay under Part XV of the Act:

1. Subject to subsection (2), an employee who is hired on the basis that his or her employment is to terminate on the expiry of a definite term or the completion of a specific task.

Those reading paragraph 1 of subsection 2(1) of O. Reg 288/01 might be left with the distinct impression that if an employee is hired pursuant to a written contract and that contract provides that his or her employment will end on a specific date or upon the completion of a specific project that the worker will not be entitled to notice or severance. However, readers must be mindful of the limitation included in the start of paragraph 1: “Subject to subsection (2).” Subsection 2(2) of O. Reg 288/01 provides that:

Paragraph 1 of subsection (1) does not apply if,

(a) the employment terminates before the expiry of the term or the completion of the task;

(b) the term expires or the task is not yet completed more than 12 months after the employment commences; or

(c) the employment continues for three months or more after the expiry of the term or the completion of the task.

Of the three exceptions to subsection 2(1) of O. Reg. 288/01, paragraph (b) is often the most important. Pursuant to paragraph (b) of subsection 2(2) of O. Reg. 288/01, if an employment contract is for a period of time greater than one year, then the employee is still entitled to notice of termination or a payment in lieu thereof, in accordance with the provisions of the Ontario Employment Standards Act, 2000.

Limitations on Employment Agreements Imposed by The Common Law

Now, some readers may think that the solution to paragraph (b) of subsection 2(2) of O. Reg. 288/01 is to simply employ the employee pursuant to a series of one-year employment agreements. So long as the employee is never employed for a term of more than one year, the employer may terminate the employee at the end of the term of the agreement without consequence, correct?

As the above illustrates sorting out into exactly which category an employee falls can be complicated and confusing. A worker may either be an “independent contractor” or an “employee” (in fact, there is also an “intermediate category” what some have called “dependant contractors” as explained by the Court of Appeal for Ontario in the case of McKee v. Reid's Heritage Homes Ltd., 2009 ONCA 916 (CanLII)) Even if everyone agrees that the worker is an “employee,” the introduction of a written employment agreement can change the expectations of the parties and their respective rights and responsibilities. However, as the case of Wright v. The Young and Rubicam Group of Companies (Wunderman), 2011 ONSC 4720 (CanLII), summarized by this blog in the post Poorly Drafted Employment Agreement Proves Costly demonstrates, getting the terms of that contract correct can be challenging and getting the terms wrong can be very, very costly.

If you are an employer in Ontario and are looking for professional advice with respect to your staff, the professional, experienced and cost-effective employment lawyers for employers at Ottawa's Kelly Santini LLP would be happy to be of service to your business or organization.

If you are a worker in Ontario and are unsure of your rights and responsibilities in employment, it may make sense to speak with a lawyer. If your employment has been terminated and your employer is advising you that you are not entitled to severance because you were an “independent contractor” or “on contract,” then it almost certainly makes sense to speak with a lawyer before making any final decisions about your case.

If you are a worker in Ontario and want legal advice about your particular situation, the professional, experienced and cost-effective employment lawyers for employees at Ottawa's Kelly Santini LLP would be happy to be of service to you.