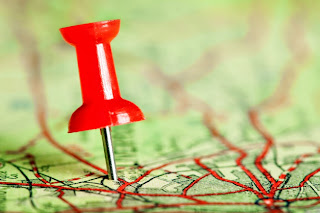 “Location, location, location.” It is the number one rule in real estate. Simply put, the mantra of real estate agents everywhere means that identical properties sited in different places will demand different prices depending upon the desirability of the neighbourhood. But what does this have to do with employment?

In promoting a compelling opinion piece in the Toronto Star on September 6, 2014, "In complete communities, pedestrians take precedence," Chief Planner for the City of Toronto, Jennifer Keesmaat tweeted “employers want to be near echo boomers; to attract emplmt across the city”.

Within the body of the editorial, Ms. Keesmaat noted that “Large employers like Coke and Google are moving to the core as they clamour to be near this future workforce.” Asked for evidence of the same, Ms. Keesmaat delivered.

A Return to the Core

In an observation piece written for the TD Bank in January 2013, "Toronto – A Return to the Core", economist Francis Fong argues that:

Given the numbers, it is hard to argue with Mr. Fong’s conclusions. As the author notes, “The pace of population growth in the downtown core more than tripled in the 2006-2011 census period relative to previous censuses. It also outpaced growth in the four surrounding suburbs – the Halton, York, Peel, and Durham regions – something that has not happened since the inception of those municipalities in the early-1970s.”

What does this Demographic Shift mean for Employers?

Even if the statistics are to be believed, that more “Echo Boomers” or “Millennials” are locating themselves in urban cores rather than the suburbs, what does this mean for businesses and employers? As argued by Mr. Fong, quite a lot:

This is not lost on employers. With a rising share of their existing workforce pushing close to and beyond the normal retirement age of 65 years, employers are concerned about high-skill labour shortages and have needed to find new ways of attracting precisely the young, highly-educated people now concentrating in downtown Toronto. Since 2006, a rising number of employers have located there specifically to do so. However, the growing echo boomer segment does not just represent a pool of labour, but a growing market, as well – businesses are also locating downtown simply to draw on rising demand for goods and services.

While studies about the city of Toronto are interesting, there is life beyond the bounds of the GTA. Anecdotally, Ottawa appears to be appreciating a similar revitalization. Commercial construction starts abound throughout Ottawa’s core, attracting online businesses such as commercial tech darling, Shopify.

In an article in the Ottawa Business Journal, published May 26, 2014, FASTEST GROWING COMPANIES #8: Shopify moves from "e-commerce" to "commerce" Harley Finkelstein, Chief Platform Officer for Shopify commented that:

“It doesn’t matter where you’re based,” he says. “It’s a matter of what you’re building and how passionate you are. If you have a great product and you have a great vision, you can build incredible businesses anywhere.”

Mr. Finkelstein’s comments, while true on the macro level, belie the company’s actions on a micro level. Ottawa has long been a hub for technology companies, chief among them being the likes of Nortel and Corel, and even with the collapse of some of the larger players the human capital invested in Ottawa has remained a powerful resource for start-ups such as Shopify. However, unlike the earlier days, when a company like Shopify would have been located in Ottawa’s suburbs, the company has elected to site itself directly in the city’s core. Part of the reason for locating in the core, (remembering that the company started in Ottawa’s ByWard Market,) I would suspect, would be the location preferences of the company’s employees. Today’s well-educated employees live downtown; whether that be downtown Toronto, Ottawa, or practically any other city.

On a similar level, rather than locating Ottawa’s most recent attempt at a CFL franchise away from the city centre, as happened when NHL hockey returned to the capital in the early 1990s, the Ottawa Redblacks are playing right in the thick of it; a decision that has not come without opposition or challenge.

Finally, there is once again hope that Ottawa will see light rail. With construction not only underway, but, according to some, more than halfway completed, as one local radio station says Ottawa residents can expect light rail “any minute now.”

Should Businesses be Moving?

Whether any particular business should be moving to the city centre is simply complex for one set of studies to say. Different businesses have different needs and, for some, siting their businesses in suburban or even rural locations makes good business sense.

However, what cannot be denied is that more and more people are moving to city centres. The addition of light rail to Ottawa should only serve to intensify development and population growth (both residential and commercial) along the line. For some businesses, attracting the right employees might necessitate moving closer to them.

How Kelly Santini LLP can be of Service

The commercial real estate team at Ottawa’s Kelly Santini LLP has been actively helping clients build and maximize the returns from their property portfolio for over 30 years. With our deep local knowledge and industry network, we can provide you with the resources you need to make your next commercial real estate move a success. In addition, our real estate team offers you a depth of experience in, and knowledge of, the Ontario construction and development market. Our experience over the past 30 years has included acting for small and large developers on a diverse range of developments including condominiums, residential developments, and office, industrial and retail space. If you are considering a move, let us be of service to you.

On the employment side, this blog would be remiss if it failed to mention that if your business is moving because it needs to add new staff, the professional, experienced and cost-effective employment lawyers for employers at Ottawa's Kelly Santini LLP would be happy to be of service to your business or organization.

Email ThisBlogThis!Share to TwitterShare to FacebookShare to Pinterest
Labels: Opinion