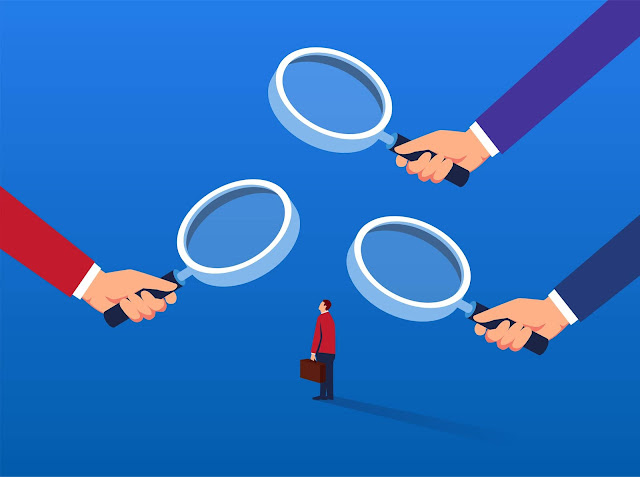 If an employee is made the prime suspect in a workplace investigation but is found to be not responsible for the harm that was the subject of the investigation, can the employer nonetheless terminate the employee’s employment on a without cause basis with impunity?

In refusing to grant summary judgment fixing the applicable notice period and dismissing the plaintiff employee’s claims for moral and punitive damages in a termination without cause case, the Honourable Justice Margaret Eberhard in the case of Brownson v. Honda of Canada Mfg., 2013 ONSC 896, leave to appeal refused 2013 ONSC 6974, held that the answer may be that no, the employer cannot terminate the employee’s employment on a without cause basis with impunity.

The facts of the case are buried in the myriad decisions concerning this case so far. In essence, the plaintiff employee, who had worked for Honda for over ten years became the subject of a workplace investigation concerning horseplay and vandalism.

According to the plaintiff’s lawyer’s account, the employee was publicly paraded into the human resources office on more than one occasion to be interviewed. Everyone knew that this employee was suspected as being the one who had ‘committed the crime.’

However the investigation was inconclusive. The employer was unable to point the finger squarely at this particular employee. Nonetheless, his employment with Honda was terminated, ostensibly without cause.

Importantly, I can find no suggestion that Honda ever publicly acknowledged that the employee was not ‘guilty.’ In fact, Honda’s actions, including marching the employee off the property after being asked to attend a meeting with human resources, left everyone with the distinct impression that he had been fired for cause.

Honda offered the dismissed employee eight months pay in lieu of notice in consideration of his execution of a release. Not surprisingly, the employee refused to accept that offer and sued not only for wrongful dismissal (i.e. the failure to provide reasonable notice) but for moral damages, damages for intentional infliction of mental suffering, and punitive damages for the manner of dismissal as well.

Honda brought a motion for summary judgment asking that the court determine the reasonable notice period and dismiss the balance of the plaintiff’s claims.

In her reasons for decision to dismiss the defendant’s requests (2013 ONSC 896), Justice Eberhard wrote the following:

[13] If this termination had come out of the blue I might be persuaded. However, in the present case, the juxtaposition of the termination with a contemporaneous investigation of misconduct colours the ordinary procedures, such as escorting the terminated individual out of the workplace, with an innuendo that could give rise to the mental suffering alleged by the Plaintiff particular to the circumstances of the termination rather than the fact of being terminated.

Later, in her decision on costs (2013 ONSC 1276), Justice Eberhard described the defendant’s approach as “myopic,” writing:

[4] The Defendant saw only its point of view of the issues. Since one head of damage was amenable to Summary Judgment, the Defendant sought judgment on all. However, I found the issues could not be viewed in separate silos.

In refusing to grant the defendant’s request to have the Divisional Court reconsider Justice Eberhard’s decision (2013 ONSC 6974), Justice Gregory M. Mulligan, perhaps somewhat ironically given his name, held that, given the competing affidavit evidence and the fact that there would remain issues that could only be resolved with the full mechanism of a trial, Justice Eberhard’s was not sufficiently incorrect to warrant a reconsideration by the Divisional Court.

This case comes to me as the subject of a presentation to be given at the LSUC’s annual Six-Minute Employment Lawyer. Given the relative brevity of the court’s decisions it is easy to see how it might have been missed earlier.

In reviewing the decisions I am struck by two points:

Recently, there has been a fair amount of commentary in the employment law world about the Supreme Court of Canada’s decision in Hryniak v. Mauldin, 2014 SCC 7 (CanLII) being a watershed moment for the disposition of wrongful dismissal cases. Some authors heralded the decision in Wellman v. The Herjavec Group Inc., 2014 ONSC 2039 (CanLII), which was a summary judgment motion argued on behalf of the plaintiff by yours truly, as “changing the face of employment law litigation.” However, as this blog argued in the post Summary Judgment - Appropriate In Most But Not All Employment Law Cases, just because the subject matter of a case is employment does not mean that the case is necessarily amenable to resolution by summary judgment.

Brownson is another paradigmatic example of where summary judgment will not be appropriate; the plaintiff employee had alleged bad faith by the employer at the time of termination. The facts clearly demonstrated that the claim was not entirely baseless such that it could be dismissed as frivolous. Whether the claim will ultimately be successful demands a trial, as much for the sake of the employer as anything else.

This is not the first go ‘round for Honda on this issue. In 2008 the Supreme Court of Canada was required to provide its opinion on the issue of compensatory damages for bad behaviour on dismissal in the case of Honda Canada Inc. v. Keays, [2008] 2 SCR 362, 2008 SCC 39 (CanLII). In that case, the Supreme Court of Canada held that damages resulting from the manner of dismissal were available, provided that they resulted from the circumstances described in the Court’s earlier decision in Wallace v. United Grain Growers Ltd. , 1997 CanLII 332 (SCC), namely:

where the employer engages in conduct during the course of dismissal that is “unfair or is in bad faith by being, for example, untruthful, misleading or unduly insensitive”

The takeaway for employees with labour pains is that if you find yourself the source of a workplace investigation and then later find yourself out of work, do not accept the first offer that comes along; speak with a lawyer first. The law is clear on two key points in this respect: (1) employers generally can fire employees for any reason or no reason whatsoever; (2) however, employers must exercise good faith in the manner of their dismissal.

If you believe that you have been unfairly dismissed from your job, it may be prudent to speak with an experienced employment lawyer. The professional, experienced and cost-effective employment lawyers for employees at Ottawa's Kelly Santini LLP would be happy to be of service to you.

The takeaway for employers, I would suggest, is to be incredibly honest in your dealings with your employees. To be candid I see no fault in Honda’s decision to investigate the serious workplace incident, nor do I necessarily see any wrongdoing in Honda’s decision to let this employee go. However, where Honda did err, I would suggest, was in failing to first exonerate the plaintiff from any suggestion of malfeasance before letting him go. How Honda would have done that after so publicly making the employee a source of gossip I do not entirely know; but certainly the way they chose to go about it was not right.

As mentioned above and as explained more fully on this blog’s page What is Wrongful Dismissal?, employers are generally allowed to terminate the employment of any employee at any time, subject to the requirements to: