Moral Damages for Manner of Dismissal - Meeting the Evidentiary Burden 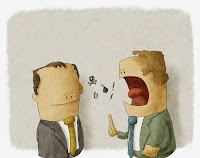 How much medical evidence must a party seeking damages for mental stress caused by the manner of his or her dismissal from employment, i.e. moral damages or “Wallace” damages, lead at trial in order to receive an award of the same? As with most answers in law, it would appear that the answer is “it depends.” In a recent ruling from the Ontario Superior Court of Justice sitting at Ottawa, El-Hawary v. 1202827 Ontario Inc, 2014 ONSC 5265 (CanLII), the Honourable Justice Timothy Ray held that moral damages were not appropriate without medical evidence as to the cause of the plaintiff’s suffering.

For those unfamiliar with the term “moral damages,” the term refers to the amount of money the court can award for the way by which an employer ends an the employment relationship.

In the current leading case on the subject, Honda Canada Inc. v. Keays, [2008] 2 SCR 362, 2008 SCC 39 (CanLII), the Supreme Court of Canada confirmed the following two points about the ability to receive damages for the usual hurt feelings experienced as a result of having one’s employment terminated:

However, as the question posed at the start of this post suggests, damages for ‘hurt feelings’ caused by the manner of dismissal are available to dismissed employees in certain cases. So how did we get from the “general rule,” which was confirmed by the Supreme Court of Canada in 1966 in its decision in Peso Silver Mines Ltd. v. Cropper, [1966] SCR 673 to Keays? A brief history:

So, in 2008 the Supreme Court of Canada made it clear that a dismissed employee could receive aggravated damages for mental distress for the manner of his or her dismissal from employment in the employer engaged in conduct that was unfair or in bad faith. However, in varying the measure of damages from an “arbitrary extension of the reasonable notice period” the Supreme Court of Canada said this:

The amount is to be fixed according to the same principles and in the same way as in all other cases dealing with moral damages. Thus, if the employee can prove that the manner of dismissal caused mental distress that was in the contemplation of the parties, those damages will be awarded not through an arbitrary extension of the notice period, but through an award that reflects the actual damages.

To what extent is medical evidence necessary in order to prove those actual damages? That question has remained the subject of some judicial debate. For example, in the case of Capital Pontiac Buick Cadillac GMC Ltd v Coppola, 2013 SKCA 80 (CanLII) the Saskatchewan Court of Appeal made the following observation and comments:

[29] I would, however, pause here to address an evidentiary issue arising in this case, that being whether a plaintiff must adduce medical evidence to prove mental distress. There is conflicting authority on this point. On one hand, some courts have refused to award moral damages in the absence of medical evidence. On the other hand, some courts have awarded damages notwithstanding the absence of formal medical evidence. Regardless, while evidence such as expert medical reports and itemized expense receipts would be of considerable assistance to a court in determining the quantum of moral damages, it is sensible to hold that medical evidence is not strictly necessary to prove the existence of mental distress provided there is an adequate factual basis to support an award of moral damages based on the employer’s conduct (see: Keays, at para. 90, per LeBel J. (Fish J. concurring)). Therefore, even though the respondent failed to adduce any specific medical reports or the like with respect to the mental distress that he says he has suffered due to the manner of his dismissal, this does not mean the trial judge was incorrect or erred in concluding that such damages had been established based on other evidence which led to findings of fact which were sufficient to underpin his claim to moral damages.

For the curious, the cases enumerated by the Saskatchewan Court of Appeal in which the court refused to award moral damages in the absence of medical evidence were the following:

The cases listed by the court in Coppola in which damages were awarded absent medical evidence were these:

Returning to the case cited at the start of this post, El-Hawary v. 1202827 Ontario Inc, 2014 ONSC 5265 (CanLII) it is difficult to ascertain exactly what happened from the judge’s reasons for decision. However, on the issue of whether aggravated damages were appropriate, Justice Ray said the following:

[10] Medical records filed as part of the plaintiff’s case describe her severe depression, symptoms, and treatment but make no reference to the plaintiff leaving her employment, or more particularly, her manner of termination.

Similar to the Coppola case, however, it would appear that the plaintiff’s husband did provide evidence as to the depression that the plaintiff experienced after leaving her job with the defendant and the difficult medical course that she followed to try to regain her health.

As said, it is difficult to completely sort out what happened in the El-Hawary case. Justice Ray obviously does not detail or disclose what was contained in the plaintiff’s medical records, so one can only speculate as to the extent of the harm described in those records.

It is therefore impossible to say whether the court reached the correct decision on the issue of whether moral damages were appropriate. What the case demonstrates, however, is the difficultly plaintiffs will likely experience when attempting to claim such damages. The bar is clearly set high and the evidentiary burden placed upon plaintiffs can seem almost insurmountable.

So what of the comments made by the Saskatchewan Court of Appeal that “it is sensible to hold that medical evidence is not strictly necessary to prove the existence of mental distress”? While those comments have a certain appeal, they do open the doors to abuse. How is the court to evaluate “actual damages”, as the Supreme Court directed trial courts to do in Keays, if there is no evidence upon which such a finding? While the bar has been raised for plaintiff-side employment lawyers, it may be set at an appropriate height.

There are several takeaways for employees with labour pains from this post. The first is that damages for the manner of dismissal are, and are likely to remain, extraordinary. The court appears reluctant to provide awards of such damages, even in cases of exceptionally bad that result in actual, medical harm.

The professional, experienced and cost-effective employment lawyers for employees at Ottawa's Kelly Santini LLP are experienced in both aspects of employment law and our colleagues are respected litigators who specialize in personal injury cases. We would be happy to be of service to you.

The takeaway for employers with labour pains is really two-fold. First, while the law is clear that employers are generally allowed to terminate the employment of any of their employees without reason or cause, taking such a course of action in a heavy handed or unfair manner may expose you to claims of more than just wrongful dismissal.

Second, even the most prudent employer will likely be unable to avoid a claim of bad faith – whether warranted or not. In those cases, you are going to need a lawyer that has experience with both employment law and claims of personal injury. The professional, experienced and cost-effective employment lawyers for employers at Ottawa's Kelly Santini LLP are such lawyers and our colleagues who defend personal injury claims are often recognized as among the best in Canada. (For example, Pat Santini is recognized as a leading insurance litigator by L'Expert, and since 2006 he has been selected by his peers to be included in "The Best Lawyers in Canada.") If a former employee is making a claim against your business or organization, we would be happy to be of service to you.